Digitization is accelerating the evolution of business processes, and the cloud is a key enabler in assisting companies to break their business processes into their core components. This is empowering companies to generate greater value from their data and applications. This can be seen in transportation with Uber, retail with Etsy, communications with WhatsApp, and wireless payments from Apple.

These changes leave incumbent companies in a quandary -- how do they leverage the massive investments they have made in technology while moving to meet nimble competitors in an increasingly digitized world? The problem is further complicated by the need to preserve visibility and control, especially in regulated environments. The answer is adoption of a hybrid architecture using both traditional IT and one or more clouds. The question for enterprises is not only how hybrid cloud architectures work today but how they will evolve as the cloud evolves. 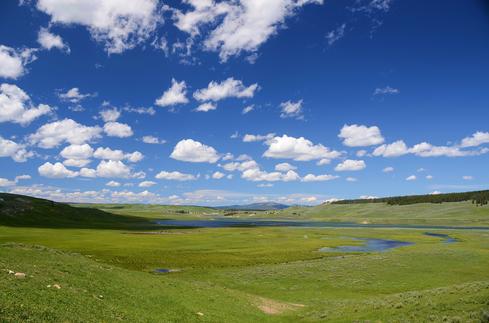 The days of enterprises viewing cloud primarily as a means of infrastructure extension have come and gone. While infrastructure remains critical, it is no longer the primary reason enterprises now adopt cloud. Today enterprises are building hybrid applications with some processing in their traditional environments and some processing in the cloud. This change has had an impact on hybrid cloud. During the infrastructure-centric days, hybrid cloud was mostly a matter of connectivity and basic integration. In today's application-centric world, hybridity must include connectivity and integration, as well as DevOps, systems management, data management, and security.

As the cloud progresses so will hybrid cloud architectures. IBM envisions a world where applications will be composed from a variety of Application Programming Interfaces (APIs) from various vendors. These APIs will be purchased from many different clouds. In the application-centric era, the focus is on a single traditional-to-cloud integration; in the API-era, that expands to connecting traditional systems to many clouds. IBM believes that much of this API-driven development may actually involve workloads from distant clouds delivered through extended containers, for execution against the customer's data in the customer's "home cloud." This new form of hybrid cloud will affect incumbent and new competitors alike.

The key to hybrid cloud for this phase will be standard (either formal or de-facto) mechanisms for using containers to deliver workloads to customers. These containers will require extensions from today’s containers to add elements such as visibility, control, automation, and security. IBM expects that the universal hybrid cloud will be largely implemented via open standards and open source solutions.

The final phase of hybrid on IBM's visible horizon involves the data-centric cloud. While all the details of this phase are beyond the scope of this article, the matter of data-as-a-service can serve as an example. IBM believes that many companies will engage in the sale of data sets to other companies. The buyers of these data sets will run sophisticated analytics-based applications not only on their own private data but on data purchased from others as well.

The broad adoption of this business model will provide one of the harbingers of the data-centric cloud. As usual, the architecture of hybrid cloud will have to evolve to keep pace with the evolving focus of cloud overall. Data hybridity will involve careful consideration of data location. Even over today's high-speed networks, moving massive data sets is not easy. In the era of the data-centric cloud, customers will have to find ways to automatically select and ingest portions of large for-sale data sets. For example, an American property insurance company subscribing to real-time weather data would specify only US weather data from a weather vendor. The ability to make these kinds of selections and mash-up public and private data will be a key consideration of data hybridity during the data-centric era.

Donald Rippert joined IBM's Global Technology Services unit as part of its cloud development program in March 2014 and later became general manager of IBM cloud strategy. Prior to that , he was president and CEO of Basho Technologies, the supplier of the Riak NoSQL database ... View Full Bio
We welcome your comments on this topic on our social media channels, or [contact us directly] with questions about the site.
Comment  |
Email This  |
Print  |
RSS
More Insights
Webcasts
How the Rapid Shift to Remote Work Impacted IT Complexity and Post-Pandemic Security Priorities
Managing a Hybrid Cloud Infrastructure
More Webcasts
White Papers
2020 SANS Enterprise Cloud Incident Response Survey
The Need for Speed: Second Generation EDR
More White Papers
Reports
Protection Strategies for a Cyber-Resilient Organization
The Malware Threat Landscape
More Reports