Some skeptics say Amazon's cloud dominance wears thin. I say Amazon's destiny in the cloud is in its own hands -- and you can't say that for IBM, Google, or Microsoft.

InformationWeek recently posted a story headlined Microsoft, IBM Gain On Amazon Cloud, based on analysis by Synergy Research that IBM and Microsoft are now growing faster than Amazon in cloud services.

These conclusions were reached shortly after Amazon reported a less-than-stellar second quarter: "Sign of stress or just business as usual? AWS sales are off slightly" read a July 24 GigaOm headline. In fact, Amazon's sales in the second quarter were down 3% over those of the first quarter. Compared to the same quarter last year, however, they were up 38%. Hmmm...

Blogger Brad Feld notes both these results in a blog post. But, he points out, the last time one quarter was compared to the year before, the increase was 60%. "So make of that what you will," he writes.

[Want to learn more about Amazon in China? See Why Amazon Faces Challenges In China.]

From the tone of these headlines, there's a growing consensus that something is amiss at the Amazon corral. Some critics hint that the company's seemingly endless expansion is slowing. After all, nothing goes up forever, as Amazon's revenues have been for several years now.

First, Amazon's cloud revenues increased in the second quarter, despite drastic price cuts in March. The cuts were so deep, in fact, that I'm surprised the company is showing the revenue growth that it did. Think about it -- how much new business do you need to win to show 38% growth after dropping prices between 35% and 65% across various services?

The fact is, Amazon's destiny in the cloud is in its own hands, which is more than you can say about IBM, Google, or even Microsoft. I can easily believe Microsoft is growing faster than Amazon as an IaaS provider percentage-wise, because it has a smaller base that's easier to grow in percentages than Amazon's. It also has a head of steam in China, where it's likely signing up developers who are used to working with Microsoft technologies. (Microsoft didn't start talking about "1,000 new customers a day" until the China operation was going.) And Microsoft is generous with free accounts and giveaways when it's hungry for market share.

Microsoft also has a great hybrid cloud story, with software that dominates the enterprise data center and its own Azure. But that makes it a different type of cloud provider than Amazon, in that its strength lies in legacy systems. VMware is similar to Microsoft in that it too has great potential strength in hybrid operation of all those legacy systems that it virtualized in enterprise data centers. On the other hand, both Microsoft and VMware would love to be in Amazon's allegedly failing shoes, roping in both new and existing enterprise cloud users. 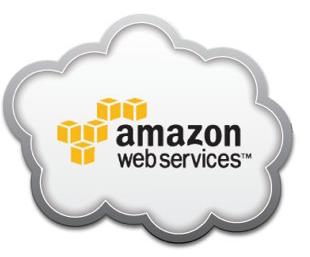 Pessimists also point to the fact that Amazon is seeing its best customers wooed by fresh competition. The company must counter as customers such as Dropbox consider moving parts of their operations elsewhere, such as the hybrid cloud or Google Compute Engine. Instagram, for example, had been a steady AWS customer, but it moved into Facebook data centers after being acquired by Facebook. Likewise, Dropcam, another AWS customer, has been acquired by Google and may switch its hosting to Google.

My view is that if Amazon's competitors have to buy an Amazon customer to get it to switch, Amazon is probably going to be OK. For each Instagram, there are a dozen future Instagrams that just decided to build their business on Amazon. More troubling is the fact that Amazon chooses to compete with good customers like Dropbox and Netflix. Amazon should think hard before expanding that practice.

Lydia Leong, Gartner's lead cloud analyst, takes a sober view of the situation. Microsoft is currently warning potential customers that if they move to the cloud now, they're already late. Once these customers decide to move to the cloud, some will be convinced they should consider multiple cloud vendors, and some, Leong predicts, will turn to AWS. In other words, Microsoft's hard-sell approach could end up benefiting Amazon as much as it does Microsoft.

Brad Feld makes this dubious statement in his otherwise perceptive blog: "AWS is not the best product at anything -- most of their features are mediocre knockoffs of other products." While there's a grain of truth here, the larger point is that Amazon has been very skilled at taking emerging, cloud-based technologies like MapReduce and NoSQL systems and making them available as cloud services. It's produced storage, scaling, and load balancing services that customers are finding as good as, or better than, those available elsewhere.

The charge that Amazon has only "mediocre knockoffs of other products" is exactly the same charge that Sun Microsystems executives used to level against Microsoft, and I'll leave it to those execs to explain where they are and what they're doing now.

Worrying about Amazon's future in the cloud is like worrying about the future of sand in the Sahara -- and just about as rewarding. The only party that can really hurt Amazon in the cloud is... Amazon. And right now, the company is continuing to add customers while also making it extremely difficult for competitors to move beyond their standing customer bases.