Amazon trotted out a wide range of price cuts to Amazon Web Services products one day after Google made a similar announcement.

Amazon Web Services announced Wednesday one of its largest-ever price reductions for a wide range of virtual instances and services.

Amazon's announcement at AWS Summit 2014 came a day after Google made a 32% price cut across all virtual instances on its Compute Engine, dropped Cloud Storage rates by 68%, and cut BigQuery prices by 85%.

However, Amazon senior VP of web services Andy Jassy, during the main Amazon executive address at the Summit, made no reference to Google as he described portions of Amazon's existing catalogue of services, then cited its 41 price reductions in the last six years, and finally came to "our 42nd price cut."

Amazon cut the price of its Simple Storage Service by an average of 51%, with cuts varying between 36% and 65%, spread across the different tiers of the service. S3 is Amazon's popular service for storing large object files over a long period of time. It is used to store many different types of data, both structured and unstructured.

The move will lower Amazon's price of storage in S3 to $0.03 per GB for the first TB in its Standard Storage service. Google's 68% price cut Tuesday means that its first TB of storage has been reduced to $0.026 per GB a month. Amazon, however, also cut prices in its Reduced Redundancy storage from $0.068 to $0.024 per GB a month. Glacier storage, Amazon's low I/O and infrequently accessed permanent service, remains at $0.01 per GB a month.

[Want to learn more about how Google is challenging Amazon's cloud cred? See Google Turns Up The Heat On Amazon.]

AWS reduced the price on its M3 general-purpose server instance running under Linux by 38%. An M3.medium, a virtual server with a single virtual CPU, 3.75 GB of RAM, and 4 GB of solid state disk, will drop from its current $0.113 to $0.07 per hour for an on-demand instance, as of April 1. On-demand instances are available at the swipe of a credit card. Reserved and spot instances, which cost less, have different payment terms that require more upfront payment and commitment, or a willingness to wait for unutilized capacity on Amazon.

An M3 running under Windows received a smaller reduction of 24 to 27%. 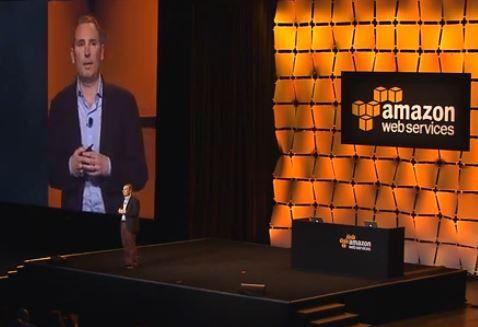 In Amazon's sometimes confusing lexicon of virtual instances, the M3 is a modernized version of its initial, general-purpose M1 servers from eight years ago. The M3 runs on a modern CPU, usually the Intel E5-2670 Sandy Bridge Xeon processor, and the virtual CPU uses one of the core's two threads. The chip runs at 2.6 GHz.

That makes the M3 significantly more powerful than its M1 predecessor. An M1.medium is a virtual server with a single virtual CPU and 3.75 GB of RAM, with 410 GB of disk storage instead of SSDs, meaning it will have slower operations overall as the CPU waits on I/Os. It's currently priced at $0.12 an hour, which will be reduced April 1 to $0.087, a drop of 36%. The single virtual CPU, despite the similarity of some other elements, is a weaker chip, equivalent to one single-threaded core of a 2006 or 2007 Xeon running at 1 GHz. Amazon claims the more modern M3 virtual machine will get more work done with the same application, if the application can use the processing power.

Likewise, the modernized virtual instance, compute-intensive C3.large combines more processor power with a limited amount of memory. The C3 received a 30% price reduction running under Linux, and 19% under Windows. A C3 server comes with two virtual CPUs, or roughly a double-threaded core of a Xeon E5-2680 Sandy Bridge chip running at 2.68 GHz, 3.75 GB of RAM, and two 16-GB SSDs. With the 30% reduction, it costs $0.105 an hour.

The C3 series is an upgraded version of the C1 instances that are still offered by Amazon. AWS VP Adam Selipsky explained in an interview after Jassy's address that M3 and C3 server instances are meant to replace M1 and C1 instances with new users. Their more powerful processors give them a price-performance advantage, he said. But some customers have geared applications to run with existing C1 and M1 instances, so Amazon continues to offer them.

The accompanying reductions on other M1, C1, and C2 virtual server instances ranged from 10 to 40% under Linux and 7 to 35% under Windows.

Charles Babcock is an editor-at-large for InformationWeek and author of Management Strategies for the Cloud Revolution, a McGraw-Hill book. He is the former editor-in-chief of Digital News, former software editor of Computerworld and former technology editor of Interactive ... View Full Bio
We welcome your comments on this topic on our social media channels, or [contact us directly] with questions about the site.
Comment  |
Email This  |
Print  |
RSS
More Insights
Webcasts
How the Rapid Shift to Remote Work Impacted IT Complexity and Post-Pandemic Security Priorities
Advancing the Hybrid Cloud & App Modernization Journey with IBM
More Webcasts
White Papers
2020 SANS Enterprise Cloud Incident Response Survey
The Top 5 Mistakes Everyone is Making in Vulnerability Remediation
More White Papers
Reports
The State of DevSecOps Report
The State of Cloud Computing - Fall 2020
More Reports

Ah, no, this isn't a two-horse race. More like five, but a couple dark horses may be lagging the field. Microsoft is committed to match Amazon pricing. So far, as Amazon goes down, Microsoft goes down too. Rackspace is not pledged to match, but it's nevertheless difficult to escape the relentless pressure. As Google, Microsoft and Amazon go down, Rackspace goes down too. IBM probably won't pretend to match, but SoftLayer execs know the cloud better than IBM old guard. As Amazon, Microsoft, Google and Racksapce go down, SoftLayer will try to go down too.
Reply  |  Post Message  |  Messages List  |  Start a Board

Good observation.  Microsot may be happy to stay out of the public eye on cloud pricing, and but they won't be able to avoid collateral damage from the pricing war.  We'll see if their approach, promoting the fact that they can host or support internal cloud systems, will pay off.

Interesting point, though I'm not sure if prices keep plunging, ahead of volume increases, whether that won't eventually mean security gets shortchanged.
Reply  |  Post Message  |  Messages List  |  Start a Board

What, no mention of Microsoft, either :) Is this a two-horse race at this point in your minds, readers?
Reply  |  Post Message  |  Messages List  |  Start a Board

Do you really equate "cheap" and "more secure"? That said, I think Amazon, Google and other big cloud providers can afford better security than most companies outside the Fortune 1000 can hope to do on their own. Just encrypt before sending and manage the keys.
Reply  |  Post Message  |  Messages List  |  Start a Board

Amazon Web Services won't utter the name, Google. But talks with Amazon execs. leave little doubt who they worry about as capable of stealing their market. Nevertheless, there's little immediate danger.
Reply  |  Post Message  |  Messages List  |  Start a Board
InformationWeek Is Getting an Upgrade!