Amazon IT Services: No Longer An Oxymoron - InformationWeek

AWS is showing increasing sophistication when it comes to displacing other IT software and service suppliers, TBR analyst says.

11 Programming Languages That Lost Their Mojo
(Click image for larger view and slideshow.)

As basic cloud services have become accepted by enterprise IT, they've threatened themselves with a premature obsolescence. They've maintained their built-in requirement for self-provisioning and their unvaried means of operation -- the "one automated service fits all" mentality. Enterprise IT doesn't work that way. It tries to customize each product to its own needs.

Amazon Web Services, the firm that pioneered cloud service creation, for a while insisted IT learn its ways -- and to some extent that's still the case.

But AWS has started to realize it can go a lot further in cloud services if it better understands IT. Amazon faces "a market moving well beyond the standalone public cloud services it pioneered nearly a decade ago," said Technology Business Research cloud practice manager Allan Krans in an Aug. 17 report, "A Need for Growth and Profit is the Mother of AWS Reinvention." It's needed to reorient itself to think about how the services it creates could become regular add-on IT services.

At its Re:Invent user conference last November, AWS demonstrated how it was expanding its catalogue of services to be more attractive to the enterprise. Rumors suggested that AWS had hired 150 enterprise IT experts, and that rumor didn't have to be accurate for it contain a grain of truth. However it had happened, Amazon showed that it had come to value enterprise expertise and was seeking to deepen its ability to connect with enterprise IT.

Krans discusses Amazon's response in his Aug. 17 report. He wrote, "Amazon emerged surprisingly agile while adjusting its business model. For nearly every area of weakness in the original AWS business model, enhancements or investments were made."

Among other things, Amazon's previous insistence that the customer come to Amazon.com and learn how to access its services was partially replaced by a combination of a field sales team and an inside sales team. It trained partners in how to present its services, so that each customer wouldn't be on its own as it approached the Amazon learning curve. For the largest enterprise clients, "it created a small team of consultants ... To offset traditional IT experience and leadership, AWS poached talent from established IT industry leaders and hired former CIOs," Krans said. 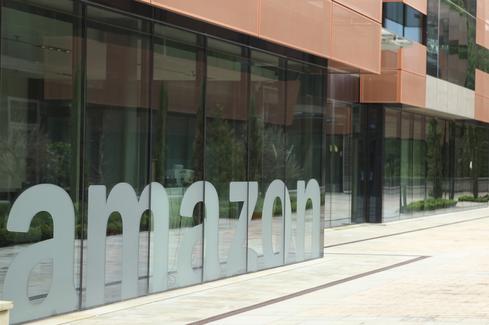 If Amazon gets good at IT, that's potentially disruptive to established IT vendors, predicted Morgan Stanley back in May 2013, InformationWeek reported.

Barron's Tech Trader Daily columnist Tiernan Ray responded to that Morgan Stanley report by saying Amazon is "an emerging IT mega-vendor," and it could take away 3% to 17% of spending with traditional IT vendors as it matures.

Nothing has changed since then, other than Amazon has read its own reviews and started to make them come true. Krans views Amazon, AWS's parent company, to be hampered in this process by its own culture of price cutting, low margins, and low profits when it comes to competing in IT services.

That process may already be underway. At Re:Invent 2014 last November, InformationWeek noted a change in attitude by AWS management, saying "Amazon Focuses On New Services, Not Price."

Krans thinks that AWS leadership has come to realize that. "The change in strategy is evident in AWS, with less focus on price and on being 'the biggest' competitor in the market. In IT, AWS is a $5 billion business growing at double-digit rates, but it is still just scratching the surface of the opportunity."

In my opinion, Amazon will compete in IT with both moderate service prices and service innovations. The most recent example is the Aurora relational database system. It's a version of MySQL, but re-engineered to be a distributed version that can scale up for extremely high volume needs.

Amazon didn't need to venture into this space. It already had a wide selection of database offerings but Aurora is a new kind of system, one tailored to what Amazon can do and one that IT competitors, such as Oracle, IBM, and SAS, are unlikely to do with their own systems.

If it works as advertised, Aurora may be a candidate to replace some uses of Oracle, DB2, SQL Server, and other relational systems as a much lower-priced cloud service. We'll see. But the fact that Amazon dares venture into this highly competitive space with a new offering suggests where the IT market is headed: more moderately priced cloud services that integrate with other services already in the cloud.

What Amazon can do in relational databases, it has already done in data warehousing, big data management, and real time data streaming, capture, and analysis.

When IT finds such services on Amazon, it is solving two problems at once. It's building containment around its capital budget costs and it's containing future integration costs. Each new Amazon service tends to work with existing services.

And that's the compelling card for an expanding cloud services vendor to play in the IT market today.

Charles Babcock is an editor-at-large for InformationWeek and author of Management Strategies for the Cloud Revolution, a McGraw-Hill book. He is the former editor-in-chief of Digital News, former software editor of Computerworld and former technology editor of Interactive ... View Full Bio
We welcome your comments on this topic on our social media channels, or [contact us directly] with questions about the site.
Comment  |
Email This  |
Print  |
RSS
More Insights
Webcasts
Data Protection 101 - 12/10 @ 11am EST
Succeeding With Secure Access Service Edge (SASE)
More Webcasts
White Papers
2021 Top Enterprise IT Trends
Is Your Enterprise at Risk? 4 Things to Enhance Your Cyber Resilience
More White Papers
Reports
Evolution of Ransomware Gangs
2020 Threat Hunting Report
More Reports

Amazon enjoys very high credibility with IT when it brings forth the technology that has helped make it successful. In that sense, AWS can get IT customers to pay attention without fielding a large sales force, a good way to make money in software services.
Reply  |  Post Message  |  Messages List  |  Start a Board

Amazon does have a number of competitors in IT services, including Digital Ocean. But that's just a form of flattery as imitators have showed up. AWS is the standard for companies to build on these days, and larger organizations have taken note as well. It's been a really smart strategy for Amazon.
Reply  |  Post Message  |  Messages List  |  Start a Board

@Charles   I was really surprised to hear of Amazon's efforts in Machine Learning.   It seems they are delving into just about every area imaginable with a gusto that has not been seen in quite awhile.
Reply  |  Post Message  |  Messages List  |  Start a Board

I really like what Amazon is doing with AWS.  It will take time but Amazon is agressive and those traditional vendors might not want to sleep on them.

This goes for general IT administration as well - once companies wake up to the fact they can save even more money with Amazon, sysdmins will need to be able to administer this Cloud based service or become extinct.

How this will apply to the enterprise remains to be seen.
Reply  |  Post Message  |  Messages List  |  Start a Board

In addition to Amazon Aurora database, Red Shift data warehouse and Kinesis stream datga services, AWS is bringing some of its own opeational tools to the forefront, such as Amazon Container Service, Amazon Code Deploy. and Amazon Machine Learning. These put more emphasis on operational services for IT.
Reply  |  Post Message  |  Messages List  |  Start a Board
Editors' Choice
Hot Topics