AWS and VMware have struck a deal that improves workload transfers between their environments, which leaves customers in charge of their final configurations.

The pact between VMware and Amazon Web Services has enough engineering chops to it that a carefully configured, virtualized application inside the enterprise no longer needs to be fit into an Amazon Machine Image instance when it arrives at the AWS cloud.

In the past, AWS converted the VMware workload to its own preferred form of virtualization -- an Amazon Machine Image -- and required the customer to select a predefined combination of CPU, memory, and storage to fit it.

The fit would rarely be perfect. Amazon did its best to satisfy everyone by fielding 45 different server instances, from T2 Nano to D2 8XLarge. It's still not the same as keeping the virtual machine you've already built.

As VMware brought increasing sophistication into data center management, the value of constructing exactly what the customer wanted went to waste when that workload was transferred to the AWS EC2 cloud. It wasn't only a different virtual machine format, but also a different virtual network and security scheme. In addition, the preset AWS instances overrode many of the customer's previous choices. 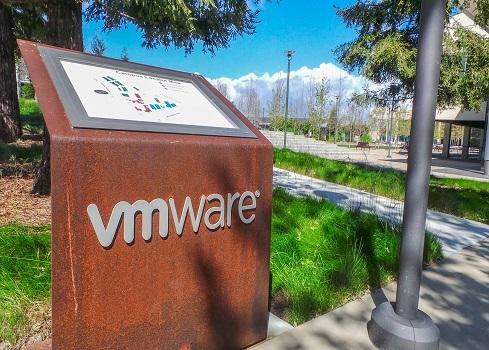 Not only that, but the management tools VMware had developed -- it's the leader in the marketplace, according to Gartner -- needed to be discarded and the Amazon way of doing things adopted.

So what if the operations manager had carefully followed the procedures in VMware's vRealize Suite in configuring, deploying, and planning the capacity of his or her infrastructure? That went by the boards when it came time to move workloads into the Amazon cloud.

That's why the agreement VMware and AWS announced Oct. 13 may prove fruitful beyond any present reckoning.

The gap between AWS and VMware environments was an opening that one of their mutual competitors, Microsoft, was in a position to fill.

Microsoft Windows Server and System Center were already inside the enterprise data center, alongside VMware. Cloud operations were the chink in VMware's armor.

Even if its higher-priced products continued to hold sway over the data center operations, what were its customers going to do as they pursued hybrid cloud computing (running a data center that could work seamlessly with a public cloud service)? Microsoft offered some answers, down to the ability to create an Azure-like environment inside the corporate data center.

However, with the virtualization market slowing down, VMware's ability to build out a large chain of vCloud Air data centers around the world was limited. Nor was it clear that its existing customers, already gaining experience with Amazon and other clouds, would wait for it to do so.

Building cloud data centers was a long way from its core competence -- serving as an enterprise software company. On the other hand, the public cloud was the one place where archrival Microsoft, supplier of Hyper-V virtualization, was doing well.

By 2015, Microsoft's Azure cloud was beginning to pull away from Google, IBM, and Rackspace. As a matter of fact, it was leaving VMware's vCloud Air in the dust. If VMware continued to put its chips only in its own public cloud, the advantage in building a hybrid cloud operation might slip away.

The Future of Cloud

VMware faced a choice: Did it wish to bet big on its own future as a cloud supplier and continue to hope its customers would eventually turn to vCloud Air? Or could it adopt a different strategy and negotiate a cooperative agreement with Amazon?

VMware former COO Carl Eschenbach once disparagingly characterized Amazon as "a company that sells books." But on Oct. 13, VMware swallowed its pride and decided a bookseller might not be such a bad cloud partner after all.

VMware and AWS are promising the full vSphere environment currently managing the majority of enterprise data centers can now be duplicated on Amazon EC2. All the tools and deployment systems that work inside vSphere will work there as well. As previously noted, carefully calibrated virtual machine workloads will be accepted as is and run as is on the AWS public cloud.

In addition, AWS now allows its cloud-scaled Aurora database system to be linked directly to the AWS Lambda service. That might not sound like a breakthrough, but that means a stored procedure in the database can invoke a Lambda function (a microservice, stored on EC2 waiting to be woken up), and use it to check for the latest data or bring some other essential ingredient to what a database application is doing.

Amazon is beginning to knit cloud services useful to IT together. Ultimately they will be made available to the VMware virtual machines running on the AWS VMware Cloud Foundation.

Microsoft, which has already leaped a number of hurdles to match VMware in virtualization, suddenly has another high hurdle in front of it. It will once again be playing catch-up to VMware and AWS as it tries to duplicate all the capabilities that their technical partnership enables.

It looked like it was catching up, but it may take one or two years, possibly more, before observers will be saying that again. Meanwhile, the potent duo of AWS and VMware won't be standing still in their new partnership.

Charles Babcock is an editor-at-large for InformationWeek and author of Management Strategies for the Cloud Revolution, a McGraw-Hill book. He is the former editor-in-chief of Digital News, former software editor of Computerworld and former technology editor of Interactive ... View Full Bio
We welcome your comments on this topic on our social media channels, or [contact us directly] with questions about the site.
Comment  |
Email This  |
Print  |
RSS
More Insights
Webcasts
Data Center Network Operations (NetOps) Reimagined
How the Rapid Shift to Remote Work Impacted IT Complexity and Post-Pandemic Security Priorities
More Webcasts
White Papers
Reduce Complexity and Risks with an Integrated Platform Approach to Cloud Security
A New Take on Cloud Shared Responsibility
More White Papers
Reports
We Need Your Input: Trends in Workforce Optimization
2021 Application Security Statistics Report Vol.1
More Reports

Few vendors can match AWS' ability to create a multi-tenant cloud environment. On the other hand, AWS can't necessarily match VMware's ability to create the software-defined data center, a virtualization, automation and policy-driven operation for the enterprise. VMware threw in the towel on matching AWS as a public cloud service provider. AWS acknowledged it was a long ways from providing a software-defined data center in the cloud that would appeal to VMware customers. Better let VMware do it. A big change for AWS: VSphere in the cloud won't be multi-tenant; it will be on bare metal servers.
Reply  |  Post Message  |  Messages List  |  Start a Board
InformationWeek Is Getting an Upgrade!