In a new report, Nucleus Research identifies which of this year's hot tech topics -- including AI, IoT, security, and supply chains applications -- will become even more focused and implementable in 2017.

Those enterprises and IT departments that believe they are maintaining a more secure environment on-premises than the public cloud provides are a dying breed, according to the latest round of predictions from Nucleus Research.

In fact, the research firm described the decline in more apocalyptic terms: A great die-off is occurring. "The last believers in the superiority of on-premises security will follow the dinosaurs into the annals of history" next year, its analyst team wrote in its "Top 10 Predictions for 2017" report, released Oct. 19.

The list was compiled by Seth Lippincott, Anne Moxie, Barbara Peck, Brent Kinner, Moira Smalley, and Rebecca Wettemann at Nucleus. The firm's analysts made the same prediction last year, they acknowledge, and it hasn't come true yet.

Nevertheless, the superior investment in security made by cloud providers "far outstrips what on-premises systems could hope to deliver," the analysts wrote. They made no mention of how cloud service suppliers design a more uniform environment and maintain a few standard copies of operating systems, instead of having one of everything, as is often typical in an enterprise IT shop. 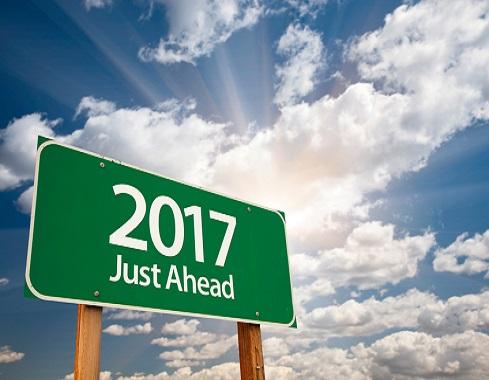 Still, the analysts are clear in their conclusion for 2017: customer data "is far better protected" in the cloud that is on-premises. "Even the most die-hard on-premises true believers will emerge from their caves and admit that they can't match the security offered by cloud vendors," they wrote.

If that was the leading conclusion on the Top 10 list, another was that, for all the talk about artificial intelligence, vendors must be carefully scrutinized to ascertain whether they've really got the goods. The year 2016 was about claims of advances and new AI systems becoming available, but claims may be exceeding capabilities.

The Nucleus analysts pointed to the AI systems in the new HBO TV series, Westworld, or the older TV science fiction series, Humans, as representing what many people now think AI systems are capable of, or will be soon.

"In practice, AI is far from reaching its potential," they warn. Vendors who actually offer AI will have it connected to machine learning and some form of human interface, whether audio, visual, or natural language.

Google's AI system won the game of Go in March, a parallel IBM's Watson beating human contestants in Jeopardy! The win gave a glimpse of how far powerful AI systems can go. But there's "still a significant gap" between portrayals in science fiction and AI's accomplishments in practical settings on the ground.

"2017 will be about which vendors are truly able to develop it and incorporate it into their applications," according to the report.

The Nucleus analysts also predicted that third-party support for major enterprise software, such SAP and Oracle, will become a more important factor in 2017 and expand into auxiliary roles. Despite being the target of suits by Oracle, third-party support firms such as Rimini Street and TomorrowNow (acquired by SAP in 2005) will continue to function and thrive.

In the future, such firms will not only provide support for a set of applications, but will also act as more of a partner to its customers, helping them find new sources of software and ways to adopt it.

The third-party support tends to reduce the annual maintenance cost of legacy software by up to 50% over what the original supplier charges, the analysts wrote. Companies need that savings to develop their next project in the cloud.

While the internet of things has been in the forefront for over a year, the analysts find that 2017 will mark the year when it gets out of its "shiny object syndrome" and becomes another core enterprise system with an impact on the bottom line.

[Want to see the outcome for one third-party support provider? Read Oracle Lawsuit Against SAP Settled at Last.]

Companies in manufacturing, agriculture, and oil and gas have already implemented some form of IoT. The lessons learned from early implementations will make it more likely that IoT will creep into many other industries, they predicted. "Seeing IoT should be expected and should no longer be considered a novelty," the report finds.

In another prediction, the Nucleus analysts said 2017 will see machine learning and artificial intelligence systems embedded in supply chains to automatically detect and correct errors in the order to delivery process. Algorithms that learn from past mistakes will help correct emerging ones as they occur.

Previously, supply chain vendors sought to provide visibility into an end-to-end process, but they're now rushing to try to build in self-correcting measures that free the supply chain from dependence on a supply chain manager catching the error, once it's been made visible.

These are five of the Nucleus Research projections for 2017. The others are available for download on their research firm's website.

Charles Babcock is an editor-at-large for InformationWeek and author of Management Strategies for the Cloud Revolution, a McGraw-Hill book. He is the former editor-in-chief of Digital News, former software editor of Computerworld and former technology editor of Interactive ... View Full Bio
We welcome your comments on this topic on our social media channels, or [contact us directly] with questions about the site.
Comment  |
Email This  |
Print  |
RSS
More Insights
Webcasts
Zero Trust for a Work-From Home World
Nip Ransomware in the FUD: Detecting Attacks Pre-Encryption
More Webcasts
White Papers
Are We Cyber-Resilient? The Key Question Every Organization Must Answer
New Cybersecurity Paradigm
More White Papers
Reports
The State of DevSecOps Report
The Malware Threat Landscape
More Reports