It might seem unlikely, but the sweeping change brought about by a cloud implementation sometimes breeds its own resistance.

It may seem an unlikely eventuality: Silent internal opposition develops within the IT staff to the cloud initiative inside the company.

But unless you're the CEO with direct power to hire and fire, such opposition may emerge. Here from Cloud Technology Partners is a primer on how to foresee the opposition your cloud efforts may engender and what to do about it. The assessment comes from Navigating the Cloud's Most Challenging Blocker: Your People, a recent paper by Paul Barnhill, VP and principal cloud architect for Cloud Technology Partners in Boston.

"Resistance to the cloud is really the same people opposition you see in any major enterprise transformation project," Barnhill wrote. He doesn't say so directly, but it's implied that because the changes are driven deeper and have more far reaching consequences, the opposition may be a little more virulent this time around.

The cloud introduces new technologies and infrastructure and requires a new set of skills to manage it. The network administrator, system administrator and storage manager may be initially enthusiastic about the prospect of the cloud when it's being added to their domain of responsibility. They may be less enthusiastic as they delve into it if they start to think the cloud will replace their domain.

"Network engineers no longer manage firewall and router hardware configurations," the posting to CTP's The Doppler newsletter noted. Instead, the network manager must learn to build virtual private networks and network architectures engineered as code. It's possible the manager regards himself as reduced in rank to that of a script writing programmer and his confidence in his role may diminish.

And it's not just network operations. End users likewise no longer process their server requests via service tickets and through long meetings with system admins and project managers. "In the cloud, any provision task can be reduced to the click of a button or a software API call," Barnhill noted.

Everyone is likely to share an initial enthusiasm for moving to the cloud and have an open mind about the prospect. As people become aware of "the magnitude of the depth and breadth of the potential change, they seek refuge in multiple forms of denial…. They start to make comments, such as, 'This too shall pass,' and, 'We're special, the cloud will not work for us given our unique business requirements,'" he wrote.

In this phase of realizing what the cloud means, some employees build their own negative and ill-informed narratives. Fear starts to dominate the employees motivation. "They start to handicap themselves or their teams with unrealistic goals and poorly thought-through execution plans," he wrote. 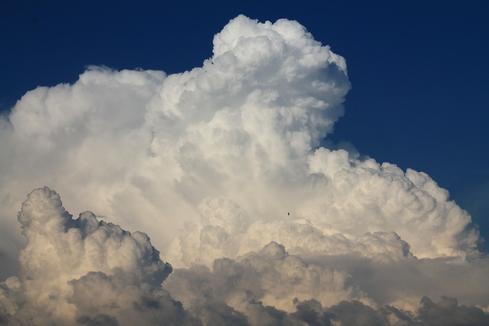 Tactics may include delays through the need for extensive analysis, over-engineering or adding unneeded complexity," he added. Preserving the status quo has taken over as a personal goal, with accomplishing the employer's business objective a distant second.

But there's also a possibility that the same parties will discover that cloud skills are in high demand and acquiring them gives them more opportunities in the marketplace. They find the skills needed are acquirable, much as in a previous phase of technology transformation. Getting a positive outcome to the project may yield a positive outcome for them as well.

But the truce between old and new remains fragile. Some employees get easily frustrated when things don't work the first time, Barnhill continued. If the project looks like it's going to fail, they will be plunged back into the realm of their previous fears. "The employees need reassurance and new methods for forging through the unplanned difficulties," he wrote.

If the implementation project proceeds and the cloud becomes the new norm, all members of the team will take on increasingly honest sense of accomplishment and what's at stake that if they don't finish the project successfully. "Those directly involved start to actively recruit new believers. Their implementation crawl is becoming more of a fast walk or slow jog," Barnhill said.

From there, a Cloud Business Office drafts a plan to consolidate cloud acceptance among various employee skills and groups. Sponsors need to be selected from each, with change agents and influencers designated to help push the changes through.

Eventually cloud acceptance and use has to be built into how employee performance is measured against expectations and alignment with the business, he concluded.

Charles Babcock is an editor-at-large for InformationWeek and author of Management Strategies for the Cloud Revolution, a McGraw-Hill book. He is the former editor-in-chief of Digital News, former software editor of Computerworld and former technology editor of Interactive ... View Full Bio
We welcome your comments on this topic on our social media channels, or [contact us directly] with questions about the site.
Comment  |
Email This  |
Print  |
RSS
More Insights
Webcasts
People Are The Most Important Part of Autonomous SOC
Strategies for Success with Digital Transformation
More Webcasts
White Papers
Why Add Security to Your Skill Set and How to Do It
Sunburst: Impact and Timeline
More White Papers
Reports
Assessing Cybersecurity Risk in Todays Enterprises
2020 State of Cybersecurity Operations and Incident Response
More Reports