Cloudify introduced the 3.0 version of its cloud monitoring system this week, bringing together what had previously been two separate functions in managing cloud-based applications: orchestration and monitoring.

By capturing knowledge of how the application is configured, Cloudify is in a stronger position to know what to do when something interferes with its effective operation. GigaSpaces Technologies, the company behind Cloudify, is thus venturing into the emerging area of DevOps in the cloud. Amazon Web Services since February 2013 has offered OpsWorks for the same purpose, as customers deploy workloads to EC2.

GigaSpaces has attempted to make good on that boast by rewriting Cloudify in the Python language for its 3.0 release. That brings it into closer alignment with Google's Compute Engine, where it also works as a workload orchestrator and monitor, and the open-source OpenStack set of cloud software. Cloudify can now be added to an OpenStack deployment as if it were just another module of Python code, Shalom told InformationWeek in an interview from his office in Herzliya, Israel. 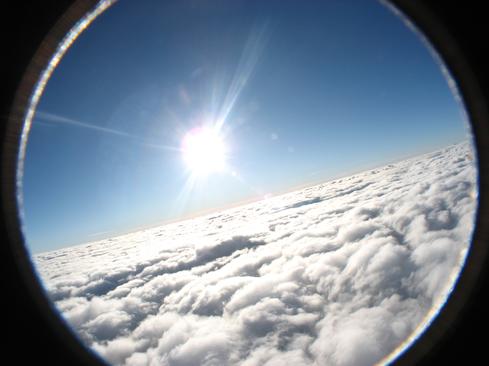 The first version of Cloudify was meant to serve as a public cloud monitor, helping companies manage their workloads in Amazon Web Services or with other public cloud providers. It can still serve that purpose, says Shalom, but versions 3.0 and its 2.0 predecessor have shifted focus toward a greater concentration on managing applications in a private cloud setting. That includes VMware's vSphere and vCloud environment as well as OpenStack.

[Who is winning the cloud fight? Read Microsoft, IBM Gain On Amazon Cloud.]

GigaSpaces discovered that OpenStack users constituted the largest segment of Cloudify users, with 1,182. By comparison, it has 803 installations by Amazon EC2 users, 162 users of IBM's SoftLayer, and 30 Apache CloudStack users. Cloudify has been developed as open-source code since February 2012 and can be freely downloaded by cloud users. GigaSpaces sells a premium version with added features, plus technical support.

Cloudify Premium with technical support is available from GigaSpaces at the rate of $350 per node per year for up to 50 nodes, said Uri Cohen, VP of products at GigaSpaces, in an interview last year. Bank of America, Alcatel-Lucent, and GE are among its customers.

Cloudify has the potential to erase the border between monitoring and orchestration. The new version of Cloudify provides a feedback loop from the monitoring engine to the orchestration engine. When it spots performance falling below expected thresholds, it can notify the orchestration engine, which can "react to monitored events with appropriate corrective measures." While the capability is now part of a re-designed product, it remains to be fleshed out with policies that will provide the guidance for non-manual, automated corrective actions, says Shalom. They are due in the fourth quarter, according to the announcement.

Getting to that point became possible as Cloudify gained the ability to plug in and use many other tools. While it has always depended on the open-source configuration engine, Chef, it can also now use Puppet configuration and deployment; the Docker Linux container system; and Fabric, an open-source integration platform for using Java containers.

Cloudify maps the application's topology as it gets deployed. It knows what web server it depends on and which database server it is tied to. In the future, it will be able to configure a workload according to a Tosca blueprint from the Oasis standards body. Tosca blueprints are being integrated as a service into the OpenStack project, Shalom told us.

The long-range goal is to learn so much about the cloud workload during its provisioning, configuration, and deployment that trouble-shooting may proceed on an automated basis, as it occurs during the application's lifecycle in the cloud, and to maintain that capability across multiple clouds, Shalom said.

Cloudify is not ready to do that yet. But it was re-crafted in order to get there soon.

Cloud Connect (Sept. 29 to Oct. 2, 2014) brings its "cloud-as-business-enabler" programming to Interop New York for the first time in 2014. The two-day Cloud Connect Summit will give Interop attendees an intensive immersion in how to leverage the cloud to drive innovation and growth for their business. In addition to the Summit, Interop will feature five cloud workshops programmed by Cloud Connect. The Interop Expo will also feature a Cloud Connect Zone showcasing cloud companies' technology solutions. Register with Discount Code MPIWK for $200 off Total Access or Cloud Connect Summit Passes.

Charles Babcock is an editor-at-large for InformationWeek and author of Management Strategies for the Cloud Revolution, a McGraw-Hill book. He is the former editor-in-chief of Digital News, former software editor of Computerworld and former technology editor of Interactive ... View Full Bio
We welcome your comments on this topic on our social media channels, or [contact us directly] with questions about the site.
Comment  |
Email This  |
Print  |
RSS
More Insights
Webcasts
Zero Trust for a Work-From Home World
People Are The Most Important Part of Autonomous SOC
More Webcasts
White Papers
Why Add Security to Your Skill Set and How to Do It
Sunburst: Impact and Timeline
More White Papers
Reports
Enabling Enterprise Resiliency Through Cyberthreat Detection
How Data Breaches Affect the Enterprise (2020)
More Reports

In my humble opinion, it's also a matter of how agressive and brave you are as the decision maker from IT OPS department. Are you going to fully trust these automated software packages? Are they really reliable to complete the work you desired? Can they alleviate the operation burden to some extent?
Reply  |  Post Message  |  Messages List  |  Start a Board

Yes that is true and it is hard to imagine that any service can support what most individual manufactures struggle to do on its own and yet a third part is going to achive this, cloud or not?
Reply  |  Post Message  |  Messages List  |  Start a Board

When you think about it, the concept of unified orchestration and monitoring both makes perfect sense and is a bit scary. You're putting a LOT of trust in this software package. One could see how things could go very right, or very wrong very fast.
Reply  |  Post Message  |  Messages List  |  Start a Board

Enterprise IT is still concentrating on achieving a single cloud-centric method of operations, while GigaSpaces proposes a workload-centric method -- across tools and across clouds. Right now, it's approach is good for OpenStack. To come: more tools, VMware vCloud environments, other public clouds. Docker plug-in available and could help. GigaSpaces shifted focus of Cloudify off Amazon, whrere it also works, probably because of AWS' launch of OpsWorks one year after Cloudify got started.

CRM Trends 2021: How the Pandemic Altered Customer Behavior Forever Jessica Davis, Senior Editor, Enterprise Apps,  2/18/2021
White Papers
Why Add Security to Your Skill Set and How to Do It
Sunburst: Impact and Timeline
How Secure Are Your Endpoints?
Understanding Credential Abuse Attacks: A Real-World Example
10 Must-Have Capabilities for Stopping Malicious Automation Checklist