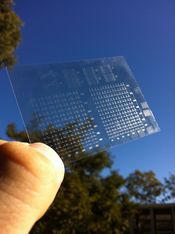 Cloudscaling CTO Randy Bias said the 2.5 system is the third major release of Open Cloud System and will be available by mid-summer. "We're very focused on solving the networking problem in these new private clouds," he said.

To do so, the cloud management software has to be able to apply a virtual networking layer on top of today's physical networks. Open Cloud System in its 2.5 release supports the creation of virtual networks and assigns them to newly created virtual machines, Bias said.

Cloudscaling has teamed up with Juniper Networks to supply virtual nets through Juniper's virtual network control technology. Juniper is attempting to leap out in front of the software-defined networking (SDN) parade through its acquisition of Contrail in December. Contrail set something of a record when it was acquired for $176 million two days after it was launched as the latest SDN brain trust.

[ Want to learn more about how to build out the private enterprise cloud? See Expert Advice On Building Private Cloud. ]

Bias said Juniper's resulting approach to SDN will allow it use standard network protocols, but create a centralized, virtual networking layer on top of existing network equipment. The network control console of that layer will bring many new features of virtualized networking to that equipment and allow "an any-to-any network fabric." A fuller implementation will come with the 3.0 version of Open Cloud System, he said, but there is still no timeframe for when 3.0 will emerge.

The 2.5 release includes enhancements to its Block Storage used by running virtual machines. Snapshots of Block Storage data can be taken and then stored in the longer term Object Storage service of Open Cloud System. The snapshots form a front line of protection against data loss and allow recoveries to occur quickly up to a certain point in time. They can also be used to copy a running virtual machine and launch a new instance, if one is needed, Bias said.

Open Cloud System is a complete system of integrated parts, "the only OpenStack product that delivers this," Bias said, a comment likely to be challenged by OpenStack suppliers, such as Nebula, which also claim to provide a complete system with hardware as well as Cloudscaling's software.

Bias said Cloudscaling believes Google Compute Engine and Amazon Web Services will become the dominant, public cloud APIs in the future. Amazon's are "already a de facto standard" that private cloud builders can ill afford to ignore. So the 2.5 release of Open Cloud System supports the APIs of both OpenStack and Amazon, he said.