CoreOS has lined up Google Ventures behind the ongoing development of its Kubernetes-based Tectonic container deployment.

CoreOS, supplier of the Rocket container runtime environment, has received $28 million in additional funding to continue building out Tectonic, its version of a commercially supported container deployment system.

Google Ventures, renamed the GV unit of Alphabet, participated in CoreOS's B round of funding. Other participants included Accel Partners, Fuel Capital, Y Combinator Continuity Fund, and Kleiner Perkins Caufield & Byers. CoreOS had raised $20 million in an earlier funding round. 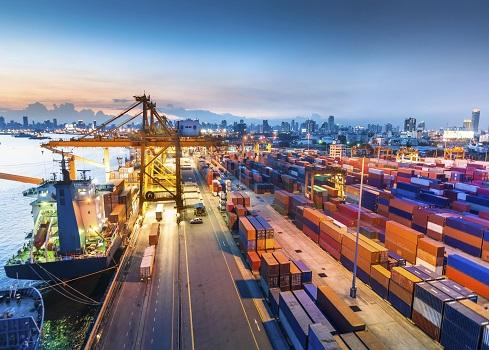 "A lot of companies don't like to piece together and update open source code themselves. Tectonic is GIFEE in a box," said Alex Polvi, CEO of CoreOS, on the eve of his departure to Berlin for a CoreOS Fest event for developers May 9 and 10. A satellite event will take place in San Francisco. "It's good to have GV involved," he added in an interview with InformationWeek.

"For sophisticated enterprises, the inclusion of a container-based approach is inevitable," said Dave Munichiello, general partner at GV, in the announcement. "With CoreOS, now the rest of the Fortune 500 has access to a fully supported version of the same secure, resilient, highly-available approach that the best Web-scale businesses use daily."

Google, whose operations launch 2 billion containers a week, is widely considered to fit into the Web-scale business category.

CoreOS frequently operates in the shadow of Docker and its successful Docker Engine for building containers, as well as its broader toolset, the Docker Platform. But CoreOS may be backing the right horse when it comes to container deployment and management. A survey of 1,603 OpenStack private cloud builders in February 2016 by the OpenStack Foundation found that 27% had adopted Kubernetes as their system of choice for container deployment to a cluster, compared to 2% who had chosen Docker Swarm. Sixteen percent had chosen Cloud Foundry, an option favored by the IBM Bluemix Cloud. Another 10% used Red Hat's OpenShift, while 11% used Mesosphere's Mesos.

The OpenStack survey's authors acknowledge it doesn't use a scientific sample, since respondents had self-selected to fill out a website form. The 1,603 respondents reflected 403 actual OpenStack deployments, it said in the introduction to the report. However, the survey was the seventh conducted by the foundation since April 2013 and has come to be regarded as one reliable indicator of open source code adoption.

Docker has challenged Kubernetes' popularity by financing a third-party study that appears to show Swarm performs better than Kubernetes.

CoreOS's Tectonic version of Kubernetes includes the core open source code, which can determine optimum placement of newly provisioned containers on a cluster already occupied by other containers. It also includes the CoreOS Linux system, automated load balancing, a dashboard oriented toward the needs of an operations manager, and regularly scheduled updates that keep in it in sync with the Kubernetes open source project.

Tectonic comes in starter, developer, and enterprise editions. It can deploy Docker containers as well as CoreOS rkt (Rocket).

Google has announced that it has standardized its container formatting on Docker. Craig McLuckie, senior product lead for the Google Cloud Platform, said in an interview with InformationWeek in February 2015 that Docker had encapsulated a successful formula for building containers with Docker Engine.

But Google also accounted for $10 million of an earlier $12 million round of funding for CoreOS, one that gave it a stake in the company. Despite Google's respect for the Docker Engine, it continues to prefer a deployment system patterned on its own internal container management -- and that means Kubernetes over other challengers.

CoreOS continues to attract money because it is an innovative thinker on security for containers, among other things. It announced the container component scanning process last Nov. 13 and made it publicly available on its Quay registry. Docker is doing the same, with a few embellishments of its own, thought Docker Scanning Service not yet available as a general service on the Docker Hub. Private Cloud customers get to try it first.
Reply  |  Post Message  |  Messages List  |  Start a Board
InformationWeek Is Getting an Upgrade!