Docker Inc. announced Monday that it now provides commercial support for the 1.0 release of its Docker Linux container system and will operate an online hub where Docker workloads may be built. The idea for the Linux containers is borrowed from Sun Microsystems' Solaris, which allowed different applications run under one instance of the operating system, each in its own address space. In the era of cloud computing containers are being viewed as an alternative to virtual machines as a way to package up workloads as a set of files and move them around the network.

Docker CEO Ben Golub will announce the availability of commercial support for a "production-ready" version of Docker at DockerCon, the company's first end-user conference Monday and Tuesday in San Francisco. The conference has 550 registered attendees and sold out quickly, leaving 400 would-be attendees on a wait list and unable to get in, he says. Next year, Docker Inc. will stage it in a larger venue than this year's Westin San Francisco Hotel.

Docker Inc. uses the symbol of whale carrying a stack of shipping containers as its corporate symbol. Linux containers are attracting interest because they're a proven idea coming into a new setting, cloud computing. Docker Inc. describes the Docker open source code as the "defacto standard" for Linux containers.

Red Hat CTO Brian Stevens, also due to speak at DockerCon, is likely to agree. Docker Inc. and Red Hat have been working together to incorporate the Docker form of containers into Red Hat Enterprise Linux. 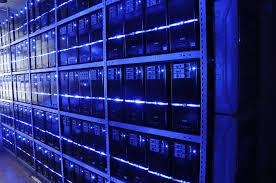 In one sense, containers are as portable as virtual machines but have less overhead. They do not need to include a full copy of the operating system, just a designated Linux kernel. This makes for more flexible application creation and deployment. The container can run anywhere there is a Linux with the required kernel.

On the other hand, more can be done with virtual machines in terms of data center management. They can be managed more flexibly once they reach the data center at their destination. They can be moved around while running. Containers cannot. There is likely to be an ongoing debate over the value of flexible virtual machines versus easily deployed and efficiently running containers.

Charles Babcock is an editor-at-large for InformationWeek and author of Management Strategies for the Cloud Revolution, a McGraw-Hill book. He is the former editor-in-chief of Digital News, former software editor of Computerworld and former technology editor of Interactive ... View Full Bio
We welcome your comments on this topic on our social media channels, or [contact us directly] with questions about the site.
Comment  |
Email This  |
Print  |
RSS
More Insights
Webcasts
Quantifying the Benefits of a DevOps Strategy
Effective Cyber Risk Assessment and Measurement
More Webcasts
White Papers
2020 Gartner Market Guide for Network Detection & Response
How You Can Evaluate Your Org's Cybersecurity Readiness
More White Papers
Reports
The State of IT Operations and Cybersecurity Operations 2020
2019 Threat Hunting Report
More Reports

The issue that's underdeveloped here is whether containers can be deployed with a significant savings in overhead, compared to virtual machines. That would be a long term advantage worth paying attention to for applications in some settimgs.
Reply  |  Post Message  |  Messages List  |  Start a Board

Charlie's last sentence here is a bit of an understatement. It's clear from the comments on this recent column that Docker containers will be a polarizing topic for the cloud community for a while yet. Where do you stand, readers?
Reply  |  Post Message  |  Messages List  |  Start a Board
Editors' Choice
Hot Topics