The open development platform Docker is starting to link Linux containers to a tool that speeds up complex application deployments. It has purchased Orchard Laboratories, the London supplier of a container orchestration system, for an undisclosed amount.

Orchard is an 18-month old firm consisting of two people: CEO Ben Firshman and his co-founder, CTO Aanand Prasad, the authors of the Fig container orchestration system. Both will join Docker.

Fig will remain open source code but will be integrated into the Docker product line. By adding Fig, Docker moves up from being primarily a developer's tool to become an orchestration tool for a development team or an organization practicing combined developer/operations responsibilities; Fig gives Docker more of a DevOps flavor.

Since its inception, Fig been focused on manipulating and managing Docker containers, using sets of them to compose complex services or to build composite applications. Fig supplies a configuration file that allows a developer to list the containers that will make up an application and name their dependencies. Using such a formatted approach, developers avoid the mistakes that accompany typing in long terminal commands or creating rigid, custom scripts.

If the web server, database server, and application each reside in its own container, Fig can use a single command to activate them at the same time and establish network and storage connections. The system keeps each Linux container as a discrete and isolated module but links them with commands or scripts that prompt them to work together. 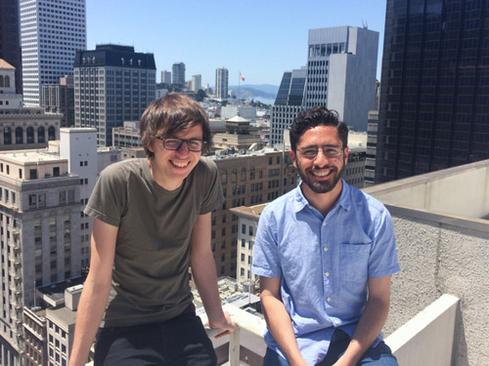 "Fig treats containers not as a single, monolithic application stack but as a set of loosely coupled, micro services," Scott Johnston, senior vice president at Docker, said in an interview on the acquisition. It gives developers the means to manage multiple containers at one time and order their joint deployment.

Docker containers have gained favor with developers over the last 18 months because they supply isolation for a module of code on a server, while allowing it to be connected to and handled in standard ways. Containers can be moved around without needing much preparation of the destination environment. They only need a copy of the Linux operating system kernel used by the container's workload.

Docker announced in June that it had established a registry of already-formatted "Dockerized" applications that were available for free download from the Docker hub. There are now 20,000 such containerized apps available, Johnston said.

"We're excited to bring our products and experiences from Orchard, and join with the Docker team," Firshman said in the press release announcing the acquisition. He and Prasad will continue to maintain the Fig code.

"Orchard really stood out to us with their vision of what developers need," said Ben Golub, CEO of Docker. "Our goal is to provide the best tools and experiences for developers creating web-scale applications" that can move between bare metal, virtualized, and cloud environments.

Charles Babcock is an editor-at-large for InformationWeek and author of Management Strategies for the Cloud Revolution, a McGraw-Hill book. He is the former editor-in-chief of Digital News, former software editor of Computerworld and former technology editor of Interactive ... View Full Bio
We welcome your comments on this topic on our social media channels, or [contact us directly] with questions about the site.
Comment  |
Email This  |
Print  |
RSS
More Insights
Webcasts
Quantifying the Benefits of a DevOps Strategy
Deception: The Next Step In Cyber Defense
More Webcasts
White Papers
2020 Gartner Market Guide for Network Detection & Response
How You Can Evaluate Your Org's Cybersecurity Readiness
More White Papers
Reports
Connecting the Dots: Key strategic opportunities in a post-COVID-19 world
Annual Threat Intelligence Report: Perspectives and Predictions
More Reports

There's a long food chain betweem writing the first line of code and maintaining production systems. Docker is focused on packaging up finished code and moving it around in a more formatted, automated way. As long it sticks to the creation and management of containers, it's probably all right. If it ventures durectly into agile coding tools, frameworks, operating systems, it will collide with a number of powerful allies. Perhaps in the future: a new, more granular way to do patching and updates of applications in containers.
Reply  |  Post Message  |  Messages List  |  Start a Board