Google's managed databases now come with a guarantee in the form of a Service Level Agreement, or SLA.

On Tuesday, Cloud SQL, Cloud Bigtable, and Cloud Datastore -- databases offered through the Google Cloud Platform (GCP) -- are set to shed their beta designation, a scarlet letter among enterprises, and enter general availability. In so doing, they will qualify for SLAs like other production-ready GCP services.

"If you look across public cloud vendors," said Fausto Ibarra, director of product management for data analytics, storage, and machine learning at Google, in a phone interview, "usually they don't offer any kind of SLAs for cloud database services."

Amazon DynamoDB, for example, presently doesn't offer an SLA. However, other services offered by public cloud vendors like Amazon Relational Database Service and Microsoft Azure SQL Database do include SLAs.

This database maturity milestone coincides with the arrival of performance, security, and support improvements for other GCP services. These include:

This last improvement was actually announced in early August, but redundancy in the context of databases tends to be a good thing. Google may not have been the first company to have embraced the zero-knowledge approach to customer data, but its adoption of CSEK is still a positive sign for cloud security. 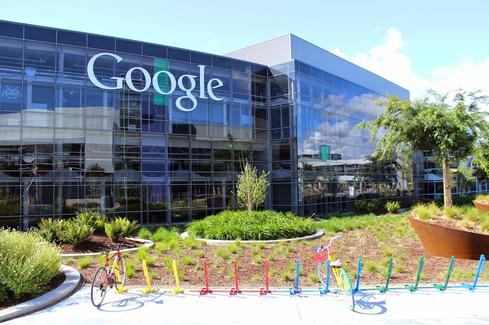 Since Diane Greene arrived in November to run Google's cloud business, she has increased the sales and support staff for enterprise customers and taken other steps to make Google's public cloud services more appealing to businesses.

But Greene's focus goes beyond improved marketing and support for enterprises. She's also pushing technology and price as points of competitive differentiation.

[Curious about what Amazon Web Services is up to? Read AWS Launches Simple Analytics Service on Kinesis Data.]

Back in March, Greg DeMichillie, director of product management for GCP, articulated this argument. He told a group of journalists at a cloud platform conference that Google offers better prices than Amazon, not just because of willingness to discount. "It's because our technology is better and that allows us to be more efficient."

Google Cloud SQL offers a potential example of that claim. According to Dominic Preuss, lead product manager for storage and databases at Google, Cloud SQL delivers two times more transactions per second at half the latency per transaction compared to Amazon Web Services' Relational Database Service (RDS) using Aurora, based on Sysbench measurements.

"We're really excited to herald the performance improvement that we've been able to do with the platform," said Preuss in a phone interview.

Google's hope is that its excitement proves infectious among potential cloud customers.

Thomas Claburn has been writing about business and technology since 1996, for publications such as New Architect, PC Computing, InformationWeek, Salon, Wired, and Ziff Davis Smart Business. Before that, he worked in film and television, having earned a not particularly useful ... View Full Bio
We welcome your comments on this topic on our social media channels, or [contact us directly] with questions about the site.
Comment  |
Email This  |
Print  |
RSS
More Insights
Webcasts
The Experts Guide to Ransomware Response
Multi-Cloud Data Management for Modern Applications
More Webcasts
White Papers
Enabling Enterprise Resiliency Through Cyberthreat Detection
Cisco Threat Response
More White Papers
Reports
Are We Cyber-Resilient? The Key Question Every Organization Must Answer
2021 Application Security Statistics Report Vol.2
More Reports

The Google File System and BigTable were the examples that helped set the pattern for large data volumn. NoSQL systems that soon followed. Google has good expertise in the field of cloud databases and it's a wonder that it is only just getting around to putting it on the market for businesses.
Reply  |  Post Message  |  Messages List  |  Start a Board
InformationWeek Is Getting an Upgrade!