Google has entered the highly competitive cloud services marketplace, where it will face off against major tech vendors like Amazon and Microsoft. Google first unveiled its Compute Engine June 2012 as a beta service and Tuesday announced its infrastructure-as-a-service is now generally available. Google also lowered prices on some compute instances 10% and on disk storage by 60%.

Google's IaaS will appeal to those who want infrastructure geared to a high level of performance. The company's emphasis on high-performance infrastructure is evident from the speed of its famous Google Search engine. Compute Engine public cloud infrastructure is based on the same architecture. At the same time, it's offering a service level agreement that offers 99.95% uptime. That's a match for Amazon Web Services, which changed its SLA on June 1 to 99.95% from its previous 99.9% uptime. 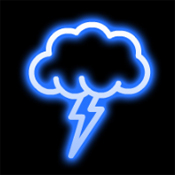 Google will charge by minutes of use, rather than rounding up to the nearest hour after a customer has ventured 15 minutes into the hour, as Amazon does. Google does charge for a minimum of 10 minutes use, after which it charges in one-minute increments. It will round up to a full minute of charge after 15 seconds, even if the virtual machine is shut down at the end of 15 seconds.

"Today we’re lowering the price of Persistent Disk by 60% per Gigabyte and dropping I/O charges so that you get a predictable, low price for your block storage device," wrote Google VP of Engineering Ari Balogh in a Compute Engine blog post. Block storage is used with running applications and remains a highly competitive front in service offerings from Amazon, Microsoft, and Google.

[Want to learn more about why cloud pricing is so hard to compare? See Why Cloud Pricing Comparison Are So Hard.]

Balogh said Google is also reducing compute instance prices by 10%. The announcement didn't specify which instance types other than to refer to pricing on its "most popular, standard Compute Engine instances."

At the same time it's introducing in "limited preview" three more power instance types: 16-core virtual machines coming in standard, high memory (up to 104 GB of RAM), and high CPU configurations. Google's limited preview means a customer must fill out a form and be approved to test drive the new types. They are not generally available.

During its preview phase, Compute Engine supported Debian Linux or Centos, the Red Hat knock-off; each was given a customized, Google-built kernel. The custom kernel wouldn't run software that wasn't designed for those. Now Compute Engine will support all Linuxes out of the box, including Ubuntu, Suse, Red Hat Enterprise Linux (but only in limited preview), CoreOS, FreeBSD, and SELinux, used with various distributions as a security-enhanced kernel.

It will also support the use of open-source Docker containers with Linux applications running inside.

Google will offer a "transparent maintenance service" that uses live migration to move virtual machines off a host that's undergoing operating system patches or other maintenance, with no disruption to end-users. That is, Google customers will get the protections of frequent, proactive maintenance without downtime and rebooting, Balogh wrote.

The transparent maintenance feature is supplemented by another to offer more of a worry-free operations environment. "In the event of a failure, we automatically restart your VMs and get them back online in minutes. We’ve already rolled out this feature to our US zones," he wrote in the blog. Amazon customers are responsible for monitoring and restarting their own workloads, in the event of failure.

"Google also had the vision to buy up dark fiber nearly ten years ago to create low-latency connections between its data centers," wrote RightScale's VP of products Rishi Vaish on Tuesday in welcoming Compute Engine to the set of clouds that RightScale supports with its cloud management service. Its high-speed connections help power Google Search and Google Maps. "Now this same advanced infrastructure is available to Compute Engine users," he noted.

The use of cloud technology is booming, often offering the only way to meet customers', employees', and partners' rapidly rising requirements. But IT pros are rightly nervous about a lack of visibility into the security of data in the cloud. In this Dark Reading report, Integrating Vulnerability Management Into The Application Development Process, we put the risk in context and offer recommendations for products and practices that can increase insight -- and enterprise security. (Free registration required.)

We welcome your comments on this topic on our social media channels, or [contact us directly] with questions about the site.
Comment  |
Email This  |
Print  |
RSS
More Insights
Webcasts
People Are The Most Important Part of Autonomous SOC
Nip Ransomware in the FUD: Detecting Attacks Pre-Encryption
More Webcasts
White Papers
How a Trading Floor Continues its Operations During COVID-19 Lockdown
A Business Case for Vulnerability Remediation Orchestration
More White Papers
Reports
Trustwave Global Security Report
Assessing Cybersecurity Risk in Todays Enterprises
More Reports

What market does Google want? It wants the market that can best adopt the spin off services it can most easily place in the Google Cloud Platform. And those services in many ways reflect what Google needs more than they reflect a broad range of enteprise needs. Don't get me wrong. They're very good services and probably market leading on performance. But so far Google is not showing a knack for producing the blend of cloud services that others are. Make that, the blend that Amazon is.
Reply  |  Post Message  |  Messages List  |  Start a Board

At DriveHQ, we believe IaaS costs businesses more money in the longer term. For startups, it can save some time managing hardware. However, IaaS cannot reduce the amount of work on software configuration, security patches, and system maintenance. For any VM instance, Google and Amazon can easily charge you $70/month; a physical server with 8 CPU cores costs only about $2000, which is at least 4 times faster than a basic VM. Therefore, in the longer term, IaaS costs significantly more.

Chris, my sense is that we're already well on the way to a cloud ecosystem where certain industries/clients will want the ability to work across public and private cloud systems.  Security isn't the barrier it once was. But it certainly remains a critical concern. What FedRAMP does is establish a clear set of standards that are as much about a cloud service providers' operational controls as it is about technology controls.

Even if Google's target market is purely commercial (although it has demonstrated more than a modest effort at pursuing government/public sector agencies) Amazon, Microsoft and IBM are sure to use their FedRAMP credentials as an important badge of assurance, and as a competitive edge, with information-sensitive industries.
Reply  |  Post Message  |  Messages List  |  Start a Board

That's an interesting point Wyatt -- what market does Google want? Is it content to serve web businesses and tech startups, or will it go after more enterprise IT computing? This suggests to me that Google is thinking mass market, but cloud success is going to increasingly mean certain accommodations to industry-specific needs like these certifications. Anyone think we'll see more "government clouds," "healthcare clouds," "insurance clouds"?
Reply  |  Post Message  |  Messages List  |  Start a Board

Interesting to see how Google is attempting to fall closer in line with Amazon Web Services and Microsoft.  One aspect of the competition to watch is whether, or how quickly, Google will look to earn the federal government's current cloud computing security (FedRAMP) credentials, both of which Amazon and Microsoft (and IBM) have earned.  It's not that Google needs it.  But for sectors like the finance, health, and other industries with sensitive data, FedRAMP is becoming an important badge of security rigor for cloud computing service providers.
Reply  |  Post Message  |  Messages List  |  Start a Board

While enterprises and other cloud providers debate the value of SDN, Google has been implementing it for two years.
Reply  |  Post Message  |  Messages List  |  Start a Board

I am willing to see how Google Cloud Computing Engine performs in real life and whether or not it can meet its commited SLA stated in this post. Keep cloud computing service is not easy and it's rather tedious - you need to keep monitoring the VMs in IaaS and mitigate the emergency situation on timely basis.
Reply  |  Post Message  |  Messages List  |  Start a Board

Amazon is known for its online e-commerce site, but Google has its apps which can become game changer, sounds potential competition for Amazon.
Reply  |  Post Message  |  Messages List  |  Start a Board