IBM has announced its second cloud data center in India, two weeks after Microsoft said it had three. AWS is next, arriving in 2016.

IBM has opened has opened its second cloud data center in India two weeks after Microsoft announced it has three cloud data centers operating there. Amazon Web Services will also be in India soon. These developments make the country the latest focus of a sudden expansion of services from the leading providers.

On Sept. 29, Scott Guthrie, executive vice president of Microsoft's cloud and enterprise group, said his firm had opened Azure data centers in Mumbai, in the western part of the country; in Pune, near the center; and in Chennai, in the south.

IBM's new cloud center will also be in Chennai.

On Oct. 28 last year, IBM announced it had opened a cloud center in Mumbai. IBM calls India "a key growth market for the company," a phrase that over the last eight to ten years might have been more frequently applied to China, where IBM has managed to build a large presence by building data centers. 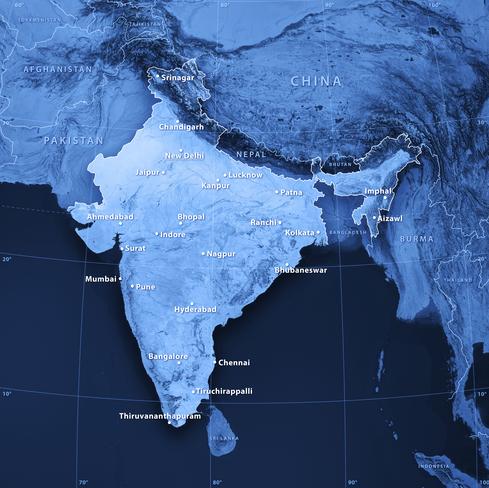 "With a local onramp to the IBM Cloud, Indian customers, especially those in regulated industries, gain more flexibility to store and compute data within the country," IBM said in its announcement on the Chennai facility.

IBM is also collaborating with an Indian national software company federation to launch Techstartup.in, a digital hub for the Indian startup ecosystem. It is designed to be a meeting ground for startup executives; angel investors; mentors; academic, business, and technical experts; and venture capitalists. It will also serve as a focal point for discussing the digital transformation of the economy by both startups and enterprises.

There will be two additional initiatives for developers -- developerWorks Premium and a cloud certification program. The initiatives will give developers the tools and skills to compete in a transforming global marketplace. IBM will also ensure its Bluemix developer platform is available as a service to developer communities in India.

Programmer market researcher Evans Data Corp says India has the second largest developer population in the world, with 2.75 million developers. By 2018, that number will grow to 5.2 million, surpassing the US for the greatest number of developers, it predicts.

In a short while, Amazon will get in on the subcontinent act.

On June 30, Amazon Web Services evangelist Jeff Barr announced in a blog that AWS would open a regional center in India in 2016. It already had "tens of thousands of customers in India," Barr said, and it was time to bring Amazon infrastructure to the country. While AWS only referenced one region, it is expected to be provisioned with more than one availability zone, with each zone roughly equivalent to a data center with its own power and communications lines.

Tata Motors Limited, part of the Tata Group, is already a major AWS customer in Mumbai. It uses AWS for its customer portals, and for a telematics system that carries data from Tata vehicles to a repository, where it's accessed by fleet owners. AWS already offers its CloudFront content delivery network in both Mumbai and Channai.

[How are cloud data centers distributed around the world? Read US Dominates in Cloud Data Centers, China Second.]

The order of the movement into India has paralleled the large cloud suppliers' movement into China. IBM found a way through China's front door, in part through the sale of its ThinkPad laptop unit to Lenovo, and also by partnering with Range Technology Development and 21Vianet Group, both China-based companies, to build massive data center complexes. In January 2011, the company announced it was building a complex with six data centers and nearly a million square feet of compute space at a location 31 miles outside Beijing.

Yesterday IBM said it will make its Bluemix developer service available in China through 21Vianet Group, a provider of carrier-neutral Internet data center services in China. China has 10% of the world's software developers, according to IDC. Providing Bluemix puts IBM in step with the Chinese government's call for its developers to grow "local entrepreneurship and innovation."

It's not just a matter of population count, of course. China has had the go-go economy until recently, so of course the cloud providers went there first. And there's been official government support for modernizing the economy. But as China's growth slows down, perhaps India's more sustained growth looks like a suitable bet.
Reply  |  Post Message  |  Messages List  |  Start a Board
InformationWeek Is Getting an Upgrade!