50%
Tweet
Traditional IT spending is in decline compared to enterprise investment in public and private cloud services, says research group.

The worldwide use of public cloud services will grow at a 19.4% annual rate over the next five years, from nearly $70 billion in 2015 to more than $141 billion in 2019. That's six times the growth rate of enterprise IT spending as a whole and will cause cloud spending to double during that time period, according to market researcher IDC.

The parts of the public cloud growing the fastest are infrastructure-as-a-service and platform-as-a-service. That's contrary to previous trends, where software-as-a-service was the fastest growing component. As total services grow at a 19.4% rate, IaaS is growing at a 27% rate and PaaS at 30.6%.

PaaS is important because it's the focus at many companies for rapid application development and mobile app development, using the DevOps approach. When developers are partly or wholly responsible for how software performs in production, both development and operations need to rely on a standard and shared environment. One way to get that is to develop software in a cloud setting that resembles where it will run.

"New solutions born on the cloud and traditional solutions migrating to the cloud will steadily pull more customers and their data to the cloud," said Frank Gens, IDC senior VP. 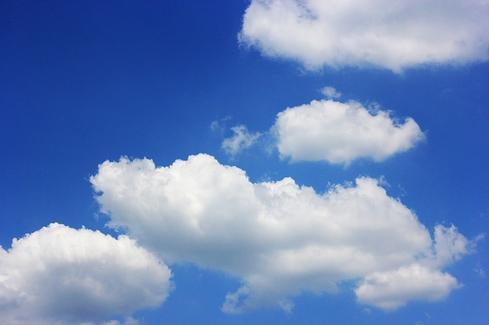 Although the bulk of the cloud spending comes from large companies, small companies (defined as having 500 or fewer employees) represent a growing share that will constitute 40% of the spending through the forecast period, the report added.

Discrete manufacturing is the industry spending the most on the public cloud, $8.6 billion, IDC said. It's followed by banking and professional services, at $6.8 billion and $6.6 billion, respectively. Professional services and banking will switch places by 2019, with professional services taking over the number two position. The same vertical industry set dominates the US, Europe, the Middle East, and Africa. In Asia/Pacific, however, telecommunications is the second largest consumer of cloud services. By 2019, it will be in the top spot there.

Telecommunications will also be the fastest growing vertical industry in the cloud over the next five years, with world annual growth rate of 22.2%. Other industries with growth rates over 20% include: state/local government, media, education, retail, transportations, and natural resources.

[Want to learn more about the growing use of DevOps? See DevOps Gaining Traction In The Enterprise.]

The report predicted that industry-specific applications will start to appear via various providers, and those applications will become a point of competition for attracting new customers, according to Eileen Smith, director of customer insights and analysis at IDC.

"Industry-specific applications will be a driving force as businesses look for solutions that can be easily configured to their unique business and vertical requirements," she said in the report.

In research released earlier this week, IDC also projected that cloud services and spending on private cloud infrastructure has grown from 28% of the overall IT budget in 2014 to 32.9% in 2015, or one-third of IT spending. Meanwhile, spending on the non-cloud, traditional environment have declined by 1.1%, said IDC's most recent quarterly report on IT infrastructure tracking.

Charles Babcock is an editor-at-large for InformationWeek and author of Management Strategies for the Cloud Revolution, a McGraw-Hill book. He is the former editor-in-chief of Digital News, former software editor of Computerworld and former technology editor of Interactive ... View Full Bio
We welcome your comments on this topic on our social media channels, or [contact us directly] with questions about the site.
Comment  |
Email This  |
Print  |
RSS
More Insights
Webcasts
Malicious Insiders: Real Defense for Real Business
5 Steps to Integrate SAST into the DevSecOps Pipeline
More Webcasts
White Papers
Endpoint Security 2020: The Resurgence of EPP and the Manifest Destiny of EDR
Why Endpoints are the Secret to Better Employee Experience
More White Papers
Reports
State of Cybersecurity Incident Response
Assessing Cybersecurity Risk in Today's Enterprise
More Reports

Is the amount of computing being done by traditional IT infrastructure really declining, or is IT learning to operate traditional infrastructure more efficiently, while expanding its cloud options? It's the amount being spent, I suspect, not the total amount of computing, that's slowly declining.
Reply  |  Post Message  |  Messages List  |  Start a Board
Editors' Choice
Hot Topics