Intel Clear Containers are more secure than other containers because they're not containers. They're virtual machines. That's perfectly clear, isn't it?

Intel unveiled Clear Containers at the OpenStack Summit in Vancouver this month. Intel hopes to quell enterprise IT's security concerns about running Linux containers by putting them in a lightweight VM, while addressing the objections to using VMs, including:

The Clear Container (actually a stripped down, KVM virtual machine) will occupy a small footprint on the server, about 20 MB. About 3,500 of them can run side by side on a server with 128 GB of RAM, again making the Intel-engineered virtual machine (that is, a Clear Container) look a lot like a container.

A Clear Container uses Intel's minimalist version of Linux, known as Clear Linux OS, so the VM doesn't need to load a big, bulky version of Linux. Clear OS looks more like CoreOS Inc.'s CoreOS, Red Hat's Atomic Host, or Ubuntu's Snappy than a standard, 6,000-package version of Linux. Those are around one-twentieth of the size of the usual virtual machine operating system. 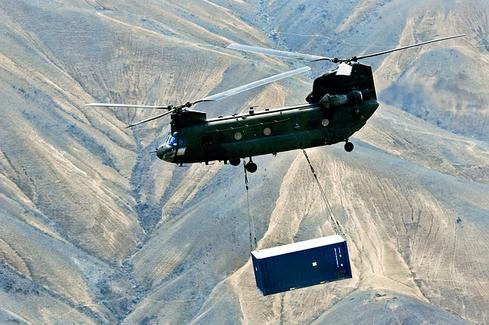 The speed of containers, plus security.

At the same time, a Clear Container maintains the harder boundaries of a defined virtual machine with its own operating system, giving it an advantage over Linux containers when it comes to secure operations. When Intel unveiled Clear Containers at the OpenStack Summit, it touted their "enhanced protection using security rooted in hardware," wrote Imad Sousou, VP of the Software and Services Group at Intel, in a blog post on the Intel website.

Hooks In The Hardware

Ten years ago, Intel and AMD added virtualization awareness or virtual machine "hooks" into their Xeon and Opteron chips when virtual machines started to sweep through enterprise data centers. Among other things, the virtualization hooks in the chip allowed a virtual machine to directly call for the execution of device driver instruction by the hardware without going through the operating system. That saves time.

That and other moves drastically reduced the overhead of running virtual machines and improved their performance. VMs' remaining overhead drag had more to do with their slow speed of initialization, or scaling out a running system on more nodes of the cluster. Containers, on the other hand, solved the scale-out problem but introduced new operational security concerns.

Plain vanilla Linux containers isolate one application from another with just a few logical boundaries, making for efficient use of server resources and dense computing on the server. But Sousou noted in the same May 19 blog that, in standard Linux containers, "the underlying kernel still can be attacked from within the container. In turn, all containers on the same host can be compromised, regardless of the intended isolation between them." It's the possibility of hundreds or thousands of containers on the host being corrupted at the same time that keeps enterprise users from adopting large scale use of containers in production.

Intel thinks it has found a solution based on its previous experience in making virtual machine more practical. Clear Containers grew out of the Clear Linux Project, also at Intel, which produced the Clear Linux OS.

"We asked, 'What is it, really, that takes so long to start up a virtual machine,'" Sousou said in an interview with InformationWeek. Among the culprits, the team zeroed in on the fact that a virtual machine tries to mimic a full x86 PC or server -- that's why we call it a virtual machine -- but there was no need for all the steps in the start-up process if you're only trying to be a good container envelope.

"For the little function you need, you don't need the full QEMU layer," Sousou said, referring to the code for the emulation of a complete x86 machine that's part of a hypervisor startup. Intel stripped QEMU out of the KVM initialization process, along with multiple other minute adjustments, to take milliseconds out of the startup process.

This stripping out would be a drawback for a user who hoped to launch Windows 98 or an older version of Solaris, but most modern, containerized applications aren't trying to do that.

Another step stripped out: the BIOS checking in a virtual machine for various attached hardware devices to core computer. "Why should the BIOS in a VM have to check for the presence of a floppy disk?" asked Mike Richmond, former Intel evangelist and now executive director of the Open Interconnect Consortium, in an Intel blog. Skipping that check and others makes the Clear OS operating system boot fast, which in turn speeds initialization of the Clear Container.

"We took the Clear OS boot down to 50-55 milliseconds," said Sousou.

The Clear Containers must run on hardware that uses at least 2011 vintage Intel chips with the advanced VT or Virtualization Technology. There's a drawback but, again, not a very serious one.

So think of Clear Containers as Linux containers with a thin, nearly transparent KVM hypervisor wrapper.

Charles Babcock is an editor-at-large for InformationWeek and author of Management Strategies for the Cloud Revolution, a McGraw-Hill book. He is the former editor-in-chief of Digital News, former software editor of Computerworld and former technology editor of Interactive ... View Full Bio
We welcome your comments on this topic on our social media channels, or [contact us directly] with questions about the site.
Comment  |
Email This  |
Print  |
RSS
More Insights
Webcasts
Protecting Your Enterprise's Intellectual Property
Strategies for Success with Digital Transformation
More Webcasts
White Papers
A Technical Deep Dive on Software Exploits
Centralized Security Policy Management Across Hybrid Cloud Environments Should be an Obvious Strategy
More White Papers
Reports
How Data Breaches Affect the Enterprise (2020)
Building an Effective Cybersecurity Incident Response Team
More Reports

Is Intel engaging in the "best of both worlds," wishful thinking, or does it have something to talk about here?
Reply  |  Post Message  |  Messages List  |  Start a Board
Editors' Choice
Hot Topics