Is 'New Style Of IT' Good For HP Customers? - InformationWeek

50%
Tweet
CEO Meg Whitman promises to help IT teams move to a new way of operating. Then what?

Do you still consider yourself an "HP shop"?

It used to be commonplace for an IT team to call itself an HP shop, or a Dell shop, if most of its data center hardware came from that vendor. Is it just me, or do you not hear that sense of identity so much anymore?

Regardless of your take on that expression, it's clear that data center hardware loyalty is dying, and cloud architecture is killing it. That harsh climate is what faces Hewlett-Packard CEO Meg Whitman as she cuts the company into two, and she takes the helm of the one, Hewlett-Packard Enterprise, that is charged with selling business IT. The other company, HP Inc., will focus on PCs and printers. Each will have revenue of more than $55 billion.

[What is the best way to take advantage of cloud services? Read Interop: The Future Of Cloud Computing.]

Infrastructure might be the foundation, but it's far from a stable one. HP is adapting to a world where the data center matters more than ever as an engine for business growth, but the individual pieces of that data center matter less.

Data center performance is essential because companies are putting more technology in the hands of customers -- mobile apps, ecommerce websites, online support, and Internet of things functions such as remote diagnostics of vehicles. They're giving employees more access to analytics to make better and faster decisions. Smart CIOs are looking at their data centers and asking themselves, "Can I deliver computing power fast enough so that infrastructure won't slow down our business?" 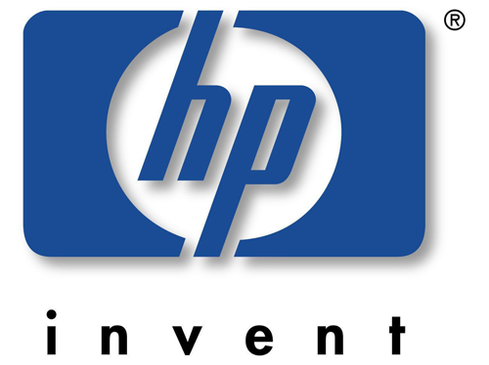 Even as the business value of computing power rises, cloud computing is making the hardware components less important. That's true whether companies are building their own in-house private clouds, or whether they're renting capacity from public cloud providers such as Amazon and Microsoft (or, far less often, HP). Cloud architecture aims to treat hardware as a commodity, assuming that it will fail from time to time but that your architecture will let you keep running while you replace that failed box. It's why big Internet companies such as Facebook and financial companies such as Fidelity and Goldman Sachs are trying open source hardware, whereby server designs are standardized so any manufacturer can provide them.

David Reilly, Bank of America's global executive for infrastructure, articulated this trend in an interview earlier this year. As he helps shape the next generation of BofA's infrastructure, he said hardware is becoming less important, and the software that manages the data center is becoming more important. Speaking generally about technology vendors, and not specifically about HP or any other company, Reilly said: "The hardware side of what they would do is something they should begin to let go." This shift to software-defined data centers, he said, is as big as the previous move from mainframes to distributed computing.

So how does HP, or any other vendor, sell a new style of IT? Whitman said "services is often the tip of the spear," as companies seek help in moving to this new approach. But is there a big enough and profitable enough growth business in software, services, and hardware that follows in the wake of that new style of IT implementation?

HP has an opportunity, because enterprise IT teams face a lot of pain ahead as they try to shift to a software-driven data center that can quickly react to fast-changing business needs. Such an agile data center is a dream today for most companies.

Few companies, for example, can dynamically shift between private and public clouds based on their changing computing needs. HP -- as a vendor that isn't wholly wed to a public cloud, a private cloud, or a proprietary server OS or virtualization platform -- could position itself as an independent partner in this hybrid transition. HP's Helion strategy is a big bet that companies will use the open source OpenStack to manage their cloud data centers, and that they'll rely on a hybrid approach of private and public clouds.

Hewlett-Packard Enterprise, even as half of today's HP, will be a Fortune 50 company. Its infrastructure lines include servers, storage, and networking, and its services include its acquisition of EDS. In software, it offers a range of IT operations tools such as system and network management, testing tools, security software, and app lifecycle management, as well as the analytics offerings from acquisitions such as Vertica and Autonomy.

Whitman used the world "nimble" several times in addressing analysts, although she was referring to how HP itself needs to operate. "Nimbleness may be the defining characteristic for tech companies over the next couple of years," she said.

Call it nimble, or agile, or lean, this state is also what CIOs want from their IT operations. If Hewlett-Packard Enterprise is going to spark any of that "HP shop" loyalty of old, Whitman needs to turn "nimble" into a series of compelling products they will buy and stay loyal to.

Chris Murphy is editor of InformationWeek and co-chair of the InformationWeek Conference. He has been covering technology leadership and CIO strategy issues for InformationWeek since 1999. Before that, he was editor of the Budapest Business Journal, a business newspaper in ... View Full Bio
We welcome your comments on this topic on our social media channels, or [contact us directly] with questions about the site.
Comment  |
Email This  |
Print  |
RSS
More Insights
Webcasts
Automating Security Functions in Your Enterprise
Quantifying the Benefits of a DevOps Strategy
More Webcasts
White Papers
[Forrester Research] The State of Data Security & Privacy
2020 Gartner Market Guide for Network Detection & Response
More White Papers
Reports
Special Report: The Changing Face of Threat Intelligence
The Definitive Guide to Managed Detection and Response (MDR)
More Reports

I'm amazed that a company that can cut itself in half and still be in the Fortune 50 is also a company that is perceived to be struggling. It's a sign of how fast the technology industry is changing. But it also seems like HP is trying to adapt to a software-centric world. Besides Helion/OpenStack, the company's new SDN app store is a clear indicator that it's taking software seriously. That said, Helion and SDN apps are big gambles, and we still have to wait to see if they pay off.
Reply  |  Post Message  |  Messages List  |  Start a Board

@Drew: Your perspective is interesting. It is split, but still pretty big compared to many. However, they need to move with caution. I do not know why, but it kind of reminds me of Nokia. Once it was so big and looked in good shape for time being. But, it fell. HP has not taken very good decisions in last couple of years, may be this will be a good one. I will wait to see the events unfold in future.
Reply  |  Post Message  |  Messages List  |  Start a Board

"HP has an opportunity, because enterprise IT teams face a lot of pain ahead as they try to shift to a software-driven data center that can quickly react to fast-changing business needs. Such an agile data center is a dream today for most companies."

Chris, so you mean that this spit will help HP for a better growth? Quiet sometimes back they had done a split based on hardware and software business. Is it success or flop?
Reply  |  Post Message  |  Messages List  |  Start a Board

"I'm amazed that a company that can cut itself in half and still be in the Fortune 50 is also a company that is perceived to be struggling. It's a sign of how fast the technology industry is changing. But it also seems like HP is trying to adapt to a software-centric world."

Drew, interesting and that's the way corporate world grows. "Split and grow" is the motto now. I read that Semantics also have similar plans for a splitting.
Reply  |  Post Message  |  Messages List  |  Start a Board

A "software centric world". So what does the software run on, a real cloud? All cloud means is hardware is somewhere else, maybe many places for resilency. But it uses hardware. And people consuming "cloud software" still need a hardware device. Regardless of hype, businesses are not running from their iPhone consuming cloud software.

In my opinion, this about the commoditization of hardware. There are no margins in that anymore. IBM recognized that a decade ago when they sold their PC business to Lenovo. But they still make servers, they are bright enough to know that is never going away. And I don't mean hardware for servers like HP, they also have some of the finest o/s in world running on them. HP never had that, they have to compete on bare metal alone.

Somebody has to be willing to make and sell hardware even with thin margins. It's like HP doesn't think they can rule that market, so they separate the part where they are dealing in services so they don't drag that down also. That business is a sort of "hedge fund" for them, even though they have a long way to go to compete in that market with the IBM's of the world.
Reply  |  Post Message  |  Messages List  |  Start a Board

Is there any kind of hardware loyalty these days -- outside of smartphones?
Reply  |  Post Message  |  Messages List  |  Start a Board

Your point about commodization of hardware is right on. Facebook and other Open Compute believers talk about 'vanity-free' servers, meaning they don't have any branding on them.
Reply  |  Post Message  |  Messages List  |  Start a Board

It's interesting to see that hardware is perceived as less valuable. In a sense, I can understand that trend. However, I think ignoring hardware can lead to a kind of magical thinking ("the cloud will deliver the data" vs "Data Center XYZ in Ohio will provide the data").
Reply  |  Post Message  |  Messages List  |  Start a Board
Editors' Choice
Hot Topics