Red Hat has stayed out of the public cloud provider role, but it's wading deep into cloud management with CloudForms 4. Support for Microsoft's Azure cloud has been added to its hybrid management approach, with services for additional cloud vendors on the horizon.

Red Hat is expanding its CloudForms management product as a combined on-premises and public cloud workload management system. Today, it has added Microsoft's Azure to its hybrid management approach.

In the past, CloudForms has been aimed at managing the following:

Adding Azure to Red Hat's latest version, CloudForms 4, could encourage Red Hat customers to follow its lead of building a partnership with Microsoft.

CloudForms 4 seeks to centralize in one management console many of the functions found in individual cloud systems and make them available under a more general-purpose manager. It provides user self-provisioning of containers or virtual servers through a portal, role-based user access controls, a service catalogue, a manager approval workflow, and intelligent placement of a workload in the right cloud setting. 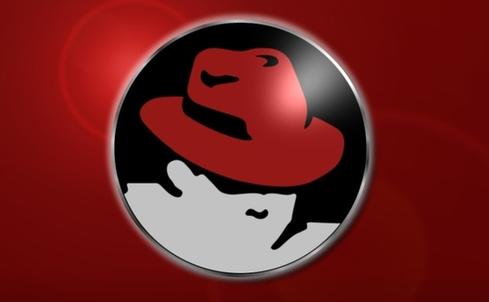 The ability to include Azure workloads in an open source management console that was initiated to manage on-premises plus OpenStack workloads is one result of the Red Hat/Microsoft partnership, announced in early November. Red Hat engineers have had access to the internals of Microsoft's System Center, especially its Virtual Machine Manager component.

That gives CloudForms 4 hooks into System Center and an ability to see and manage Hyper-V-based workloads, as well as VMware's and those launched under KVM -- OpenStack's default hypervisor -- according to Joe Fitzgerald, VP and general manager of Red Hat's Management business unit.

"You can have a hybrid operation with OpenStack in the enterprise working with the Azure public cloud," said Fitzgerald in an interview.

CloudForms 4 will be shown for the first time today at Gartner's Data Center Conference in Las Vegas, December 7-10, according to Fitzgerald.

Red Hat has its own release of OpenStack, called Red Hat Enterprise Linux OpenStack. But it has resisted the temptation to become a public-cloud service provider itself, instead pursuing a strategy of offering management tools on top of OpenStack that can reach into public clouds.

CloudForms was first launched in preview in 2011, and was modified after the company closed its acquisition of ManageIQ on December 20, 2012. Almost a year later, in November 2013, CloudForms came out as a multi-platform system with its 3.0 release, which offered improved AWS support.

Fitzgerald is the former cofounder and CEO of ManageIQ. He said all of the core engineers and management team members have stayed with the company over the last three years, not the typical outcome when a large company acquires a startup. ManageIQ is now an open source project at manageiq.org. Red Hat contributes heavily to the project and incorporates the project's features and improvements into its CloudForms code. "We don't keep any of the code private," said Fitzgerald.

He added that there's a potential third major public cloud on the horizon for CloudForms. Google engineers have started to contribute support for managing workloads on the Google Cloud Platform (Compute Engine/App Engine) to the project. Fitzgerald couldn't say at what point they'd be part of a future CloudForms release, only that support is on the way.

Fitzgerald said CloudForms 4 "reads the metadata about a container's impact, what container services are usable by which containers." Two other approaches to containerization -- CoreOS's Rocket and Cloud Foundry's Garden -- "are not included in this release," Fitzgerald said.

With Google soon to be added to CloudForms' Amazon, Azure, and OpenStack management tools, the service is coming closer to its stated goal. "We view ourselves as the Switzerland of management. By this time next year, you will be able to have five public clouds (from CloudForms). The fuses are lit there," Fitzgerald said.

The fifth is still unannounced. One candidate is IBM's SoftLayer, or it could be a major European supplier, such as Colt or OVH.

Charles Babcock is an editor-at-large for InformationWeek and author of Management Strategies for the Cloud Revolution, a McGraw-Hill book. He is the former editor-in-chief of Digital News, former software editor of Computerworld and former technology editor of Interactive ... View Full Bio
We welcome your comments on this topic on our social media channels, or [contact us directly] with questions about the site.
Comment  |
Email This  |
Print  |
RSS
More Insights
Webcasts
People Are The Most Important Part of Autonomous SOC
Don't Miss This Cybersecurity Virtual Event
More Webcasts
White Papers
The Ultimate Cyber Skills Strategy Cheat Sheet
Gartner Market Guide for Insider Risk Management Solutions
More White Papers
Reports
The Infoblox Q4 2020 Cyberthreat Intelligence Report
DNS Network Traffic Volumes During the 2020 Pandemic
More Reports

Red Hat could have a huge following if they create good management tools, especially the ability to work cross platform, since we see quite a few organizations running both VMware and Hyper-V in their environments.  With OpenStack and Red Hat in general, there's a flexibility that if done right, the DevOps-minded IT departments could use this to create more customized environments to support whatever ramdom legacy applications or workflows they need.
Reply  |  Post Message  |  Messages List  |  Start a Board

Red Hat in some ways is a natural party to push its own cloud software, and it does have a version of OpenStack, but I think it's working harder on cloud management software in CloudForms. Is that smart?
Reply  |  Post Message  |  Messages List  |  Start a Board
Editors' Choice
Hot Topics