Microsoft has dropped its cloud service prices in response to recent cuts by Google and Amazon. Will Rackspace be next?

Microsoft announced on Monday that it will match Amazon Web Services cloud pricing, reducing prices up to 35% on compute virtual servers and up to 65% on storage, effective May 1. Microsoft executives have previously said they planned to match AWS pricing, but that was before both Google and Amazon enacted steep drops in storage and virtual server instances.

Microsoft also plans to implement a new tier of basic virtual servers, priced 27% lower than the standard instances that will remain in step with AWS. Basic servers will have the same virtual resources as standard but without the scaling capabilities of standard servers. No load balancing or auto-scaling service will be included. The new basic servers will be available starting April 3, according to Steven Martin, general manager of Microsoft Azure.

"We recognize that economics are a primary driver for some customers adopting cloud and stand by our commitment to match prices and be best-in-class on price performance," Martin wrote. Some observers wondered whether Microsoft was going to maintain its "match-the-market-leader" stance as Google and Amazon both implemented sharp price cuts. Microsoft waited until several days after Amazon's March 26 announcement to announce its price drops.

Asked where SoftLayer stood on the recent pricing moves, IBM SoftLayer CEO Lance Crosby replied in an email message, "Amazon's price cut is for only for selected offerings and it will ultimately make minimal impact on their client's monthly billing."

Amazon's price cuts include many of its most popular server instances. Its popular M3 general-purpose server, with a virtual CPU, 3.75 GB of RAM, and 4 GB of solid state disk, dropped by 38% and is available now for $.07. Cuts on older server instances, such M1 and C1 or C2, vary from 10% to 40%. 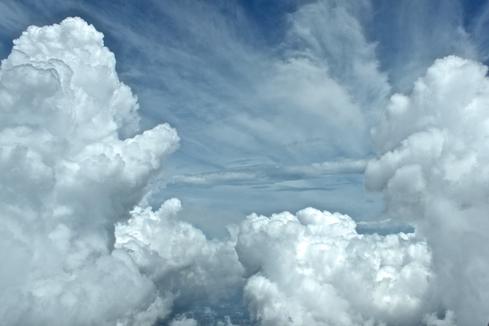 "Strictly speaking, when you include the costs that AWS and Google add on to base server price -- but that IBM SoftLayer includes standard with every server -- you see that our prices are in fact very competitive. IBM's goal is to provide the best price for performance in the market," Crosby said. IBM's "all-in pricing" includes bandwidth and support for bare metal and virtual servers as well as inbound, intra-data center and inter-data center bandwidth for data transfers at no additional charge, he added.

Crosby pointed out that Google's and Amazon's price drops are "less than meets the eye" because customers can't easily measure whether they're getting the same performance from workloads as they had previously. Asked if prices will continue to drop, Crosby replied, "One can only assume both AWS and Google are going to continue to offset the price drop by further oversubscription of their services to maintain margins." Oversubscription refers to the practice of loading too many additional virtual servers onto available hosts ito maintain previous service levels.

In effect, Crosby is saying both Google and Amazon are milking their infrastructure to host more customer VMs without increasing its capacity to maintain a pre-existing service level. "The financial benefit will be erased by the performance degradation, leaving the customer at status quo," he added.

Rackspace is another cloud service provider that could opt to match or ignore the Google/Amazon cuts. So far, the company has not announced any price changes.

Charles Babcock is an editor-at-large for InformationWeek and author of Management Strategies for the Cloud Revolution, a McGraw-Hill book. He is the former editor-in-chief of Digital News, former software editor of Computerworld and former technology editor of Interactive ... View Full Bio
We welcome your comments on this topic on our social media channels, or [contact us directly] with questions about the site.
Comment  |
Email This  |
Print  |
RSS
More Insights
Webcasts
Cybersecurity's Next Wave: What You Should Know
Strategies for Success with Digital Transformation
More Webcasts
White Papers
Sunburst: Impact and Timeline
Supercharge Incident Response with DDI Visibility
More White Papers
Reports
Accelerate Threat Resolutions with DNS
Intelligent Outcomes Are Key to Business Resilience
More Reports

IBM/SoftLayer CEO Lance Crosby is saying you're getting less of a price cut and more of an overloaded server. I wish someone would supply some real world measures that support or refute that charge. It's not a price cut if your performance goes down 30%, as well as your price. But I don't really believe that's the whole story with the cuts, myself.
Reply  |  Post Message  |  Messages List  |  Start a Board

M3 Linux instance price reduction of 38% will reduce my AWS bill by ~20%.  The offset is a result of bandwidth and EBS storage prices remaining flat.  I wouldn't characterize that as "minimal."
Reply  |  Post Message  |  Messages List  |  Start a Board

Pricing a bargan server with arguably less capacity that a Rasberry PI, http://www.raspberrypi.org/ for $25 and spend the rest on the 128 GB USB stick for storage does not seem like a deal to me.

If I got the RasberryPI with full keyboard, network, mouse, monitor and USB support, I could host them in my desk drawer from substantially less and arguably have equal or superior server and networks security.

Working for ScienceLogic as the product marketing manager I admit that I come at this from a bit of a biased perspective. But these increased price wars and the continual cost reduction for off-prem resources highlights to me that moving compute and storage off-prem is only going to continue.

With that happening, the obvious next step is a growth in hybrid environments which I think leads to a need to have monitoring and management solutions that monitor both on-prem and off-prem (whether it be Azure, AWS, or Compute Engine) all in one system.

We monitor both off-prem and on-prem as well as detect and track the connections across the different technical components. If you're using any of the public cloud providers, and are interested in making sure that you can track and manage all of your internal and external resources in one system, it might be worth checking us out.

If you want more information feel free to drop me an email cdunn "at" sciencelogic "dot" com. You can also visit our website at http://www.sciencelogic.com