The Redmond giant is wrapping up the final stages of migrating its Skype VoIP service to the cloud from its peer-to-peer backbone. The move will allow the company to offer new services including mobile group video calling and Skype Bots.

Microsoft is nearing the completion of its Skype migration to the cloud from its peer-to-peer backbone, a move the company says will allow it to offer a number of new services and improve the performance of some of its older features.

Microsoft, which acquired Skype in 2011, has recently been focusing on migrating its VoIP service to a mobile-friendly cloud architecture, according to a blog post from Gurdeep Pall, a Microsoft vice president who oversees Skype.

"By moving to the cloud we have been able to significantly improve existing features like file sharing and video messaging, and launch new features like mobile group video calling, Skype Translator and Skype Bots to name just a few," Pall said in a statement.

Although Pall's blog did not mention Microsoft's cloud platform specifically, he told ZDNet that most Skype consumers will be migrated to Azure in the near future. 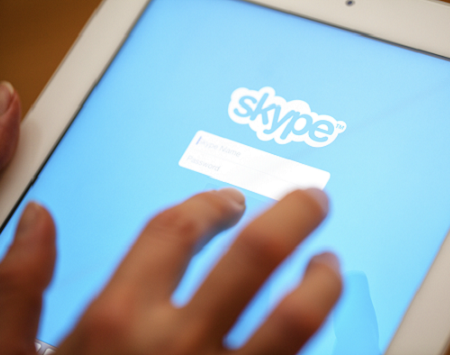 Microsoft says it expects to complete its Skype transition in the coming months and notes support for some devices and operating systems will cease after Oct. 2016, according to its Skype support page.

For example, support for Mac OS X 10.6 Snow Leopard will be discontinued, but users can still access the service via Skype for Web directly from a browser. However, Microsoft notes, support for Yosemite on the Mac, iOS 8, Android 4.03, and Windows 7, 8, XP, and Vista will continue, and that users should update Skype when prompted by the service.

"Our focus will be on the newly released lighter, faster and more responsive UWP app for Windows 10, Skype for iPhone, iPad and Android as well as a web-based native version of Skype for other supported platforms like previous Windows operating Systems, Mac and Linux, which will benefit from the latest ORTC or WebRTC technology that we've been working on for the last year," Pall said.

He added that during the transition, Skype users may find the service encounters such hiccups as messages that do not sync across user's devices, or delayed notifications.

These bumps have been noted over the past couple of years as Microsoft started to pull away from P2P. As far back as 2012, the Redmond giant had started to push some of Skype's infrastructure to its data centers, according to a ZDNet report.

The following year, Microsoft had touted that 50 billion Skype-to-Skype call minutes had passed through its Azure cloud, according to ZDNet. Only been more recently has this migration to the cloud has taken on the flavor of a mobile-friendly cloud.

"Skype's transition to the cloud is a huge technical endeavor, but one that is necessary and one we firmly believe in," Pall said. "Our users are at the core of everything we do and this transition will enable us to meet their needs in the years to come."

Dawn Kawamoto is an Associate Editor for Dark Reading, where she covers cybersecurity news and trends. She is an award-winning journalist who has written and edited technology, management, leadership, career, finance, and innovation stories for such publications as CNET's ... View Full Bio
We welcome your comments on this topic on our social media channels, or [contact us directly] with questions about the site.
Comment  |
Email This  |
Print  |
RSS
More Insights
Webcasts
The Experts Guide to Ransomware Response
Multi-Cloud Data Management for Modern Applications
More Webcasts
White Papers
Sunburst: Impact and Timeline
Powering Digital Transformation
More White Papers
Reports
Enabling Enterprise Resiliency Through Cyberthreat Detection
The State of CCPA 2021
More Reports