NTP Needs Money: Is A Foundation The Answer? - InformationWeek

NTP steward Harlan Stenn founded the Network Time Foundation four years ago as an umbrella group to unite and support time-synching open-source projects. But it hasn't gotten far with support.

Harlan Stenn, as the sole full-time maintainer of the Network Time Protocol, founded the Network Time Foundation four years ago as a way to sustain open source code work used to solve the issues of time synchronization on the Internet and between computer systems.

NTP is an essential component for connected computing, but as a behind-the-scenes, open source software system, its financial backing is precarious, with Stenn relying on a few corporate donors and open source foundations to support it. Stenn's uphill battle to get a broader nonprofit foundation running, backed by companies and supporting multiple projects related to time synching, shows the challenge facing small, little-known, but essential projects such as NTP.

On a Friday about four years ago, in a week already filled with a long list of things to do, Stenn drove from his colocation data center site in Silicon Valley to Sacramento, where he filed papers for a 501c3 nonprofit corporation with the California Secretary of State. He then continued his drive home to Talent, Ore., a trip that usually took five hours, but that Friday would take nine. The following Monday, he filed papers with the equivalent office in Oregon. The Network Time Foundation existed, if only on paper. 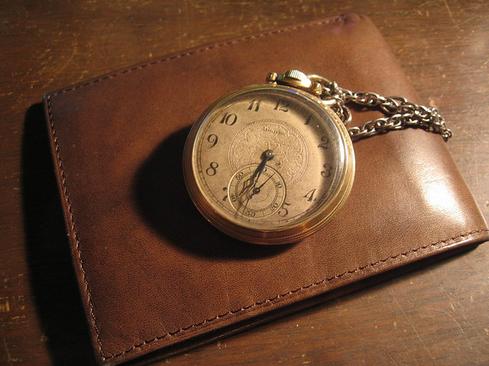 The NTP Project, of course was its first member, but there are now other time projects included as well. Stenn urged George Neville-Neil, the head of the Precision Time Protocol, to bring his project, PTPd, into the foundation, and he did. Neville-Neal talks about PTP and NTP in a recent article here. LinuxPTP is a related project under Richard Cochran.

The Robust Absolute and Difference Clock Project, or RADclock, under Julien Ridoux at the University of Melbourne in Australia, is another project under the NTF umbrella. "These guys are looking at timekeeping on computers using the latest commonly available technology, and they have 'fresh eyes,'" noted Stenn.

Open source stalwart Eric Raymond, author of The Cathedral And The Bazaar, is the project lead on another time-related project, GPSD or the GPS daemon project, which also put itself under the foundation umbrella.

And Stenn is talking to developers who agree there should be a General Timestamp API project that would allow different time systems to return a timestamp with both the same format and with more information in it. For example, timestamps currently allow a minimum of time zone information to be indicated.

Stenn, who's rather adverse to time confusion, points out timestamps contain no information on what time zone database is being checked against as NTP checks for the correct time. If a timestamp has used "an older version of the time zone database, things like shifts into and out of daylight savings might be handled incorrectly," he noted. There are many older servers that rely on old versions of NTP code. Their administrators may or may not have updated them with something like the change in the start time of daylight savings.

He also points out in a follow-up message that there are different degrees of need among these projects devoted to time. "George's PTPd project doesn't have the funding issues NTP has because he and his crew all have real jobs and do the PTPd work 'on the side,'" he wrote.

As of March 19, the foundation had collected $4,104 from 72 donors, many of them individuals reading InformationWeek's March 18 story about Father Time. While some companies have contacted Stenn as a result of the article, in the past only a handful have been willing to donate.

Stenn said he as the foundation founder and Sue Graves as the business development consultant have primary responsibility for the foundation's operations. Sue Graves is paid for 10-15 hours of work a week. Both said figuring out how to disburse donations hasn't been much of a problem so far. They support primarily the NTP Project's needs.

Graves said in an email message that more business development could be done for the foundation "if we had a full time administrator for bookkeeping, applying for grants, filing necessary government documents," tasks that currently occupy much of her time, as well as tasks such as maintaining the prospective membership list and contact list. She tries to give NTP a presence in Wikipedia and in social media, but there are many marketing tasks that could still be undertaken, she said. At the peak of the recession in 2009, Stenn attempted to staff the NTF by applying for job-creation funds available under the American Recovery and Reinvestment Act of 2009. They weren't accepted.

The foundation would like to establish a certification and compliance program in 2015, but such a thing can't be left to the whims of whether anyone has hours available to volunteer. "We need a full-time program manager to create and manage a Certification project," she wrote.

In short, until the NTF is overwhelmed with donations, its staff will remain skeletal and its disbursements to other projects minimal. In the meantime, Stenn hopes all the time-related project leaders will stay in tune with other projects and watch for opportunities to coordinate their efforts.

Charles Babcock is an editor-at-large for InformationWeek and author of Management Strategies for the Cloud Revolution, a McGraw-Hill book. He is the former editor-in-chief of Digital News, former software editor of Computerworld and former technology editor of Interactive ... View Full Bio
We welcome your comments on this topic on our social media channels, or [contact us directly] with questions about the site.
Comment  |
Email This  |
Print  |
RSS
More Insights
Webcasts
The Failures of Static DLP and How to Protect Against Tomorrow's Email Breaches
Strategies for Success with Digital Transformation
More Webcasts
White Papers
Zero Trust Evaluation Guide
Two-Factor Evaluation Guide
More White Papers
Reports
2020: Threats in Review
How IT Security Organizations are Attacking the Cybersecurity Problem
More Reports

While there is already some coordination between LinuxPTP and PTPd, this also happens with all of the projects.  Shortly after joining, we were all chatting about how to get the best time measurements thru the network stack. Julien Ridoux and Matt Davis  of the RADclock project told me "We tested all of the ways to do this, and found the PCAP library to be the best way to go."  I took this information and sent it to Richard Cochran and George Neville-Neil, and shortly thereafter, it was in PTPd.  We're looking at using this for NTP as well.

LinuxPTP and PTPd serve different customer bases, and they also have different licenses.  LinuxPTP wants to be the best possible PTP implementation for the latest Linux kernel.  It's not designed to run on older linux kernels, and it's not designed to run anywhere else.  PTPd is designed to be portable, and as good as possible.  LinuxPTP uses the (Open Source) GNU Public License, and that is a "win" for some and a "lose" for others.  PTPd uses the (Open Source) BSD license, and that's a "win" for some and a "lose" for others.  Neither project wants to change their license, and that's perfeclty OK.  We all still talk to each other, and can leverage off the collaboration.  Membership in NTF's PTP Consortium helps both LinuxPTP and PTPd.
Reply  |  Post Message  |  Messages List  |  Start a Board

A good argument can be made for each of the projects that are part of the Network Time Foundation should proceed in an autonomous fashion. In some cases, there's also a good argument they should coordinate their efforts. What's the case with LinuxPTP and PTPd?