In pre-show comments April 19, John Burke, analyst and CIO of Nemertes Research, said it wasn't clear yet from his data whether cloud operations could be judged to be lower cost than on-premise operations. The picture is coming together now. 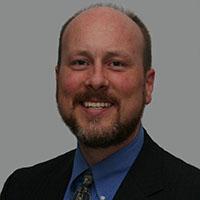 Data is still being collected and the final analysis isn't done, but Burke said he has formulated a measure that's an indicator of predictable savings in the cloud. With an IT staff person as the unit of cost, the enterprise data center workload costs $23 per IT staffer compared to $18 of IT staff expense for a workload in the cloud, said Burke, in an Interop ITX session in Las Vegas on Wednesday.

The session, Not as Simple as It Seems: Evaluating Cloud TCO, sought to supply a way of looking at cloud operations versus those in the enterprise data center. Burke said the picture is complex and made more so by cloud providers' penchant for charging in different ways for varied combinations of resources. Burke said in his session at the MGM Grand Hotel & Casino that he still has a few more days of data gathering and interviews before reaching his full conclusions.

He added IT staffs will save little money by lifting and shifting a workload into the cloud and attempting to duplicate its operational characteristics there. But if it's re-engineered or "refactored" to operate as a cloud application, savings are more likely to materialize. Refactoring in the cloud might mean using a cloud database service instead of setting up a database virtual server to run 24 X 7 to serve it.

The issue of cloud savings is difficult to get at because In some cases, IT managers being interviewed haven't established clear on-premises costs and don't know their full cloud costs. "In many companies, the cloud relationshisp is still a credit card swipe," Burke noted, and the credit card being used belongs to a line-of-business manager instead of an IT manager.

Another dichotomy is Nemertes Research's overall gauge of the movement to the cloud. By its estimate, nine percent of enterprise workloads have moved into infrastructure as a service at this point, with that number rising to 19% by the end of the year. The most successful users of the cloud, often large enterprises, already have 22% of their workloads there, due to rise to 32% by the end of the year.

In the future, more clear-cut savings "will be driven by cloud-native development and re-architecting solutions to use cloud services," he said. An application can be built on a cloud's platform-as-a-service to  be deployed into its infrastructure as a service. It can also be developed to use a NoSQL system as a service, such as Microsoft Azure's Cosmos or Amazon Web Services DynamoDB. Using such cloud services not only eliminates the need to set up your own NoSQL server in the cloud. It also eliminates much of the system administration and database administrator cost from the system's use.

"Don't expect to save money with the cloud unless you're willing to change what you're doing with the cloud – re-architect applications or develop cloud-native ones," he said.

Attempts to compare cloud costs to data center costs must also take into consideration a realistic appreciation of downtime. Many data centers experience one outage or more a year when their power is temporarily lost on their grid but they don't realistically include such events in their calculations.

Consider when a squirrel gets electrocuted running around a substation. "It tends to happen twice in July, when there's an electrical storm pending and the utility can't get the substation back up before your emergency power supply has run out," he noted.

Charles Babcock is an editor-at-large for InformationWeek and author of Management Strategies for the Cloud Revolution, a McGraw-Hill book. He is the former editor-in-chief of Digital News, former software editor of Computerworld and former technology editor of Interactive ... View Full Bio
We welcome your comments on this topic on our social media channels, or [contact us directly] with questions about the site.
Comment  |
Email This  |
Print  |
RSS
More Insights
Webcasts
Take DevOps to the Next Level
Cybersecurity Risk Management
More Webcasts
White Papers
2020 SANS Enterprise Cloud Incident Response Survey
The Top 5 Mistakes Everyone is Making in Vulnerability Remediation
More White Papers
Reports
Tech Insights: Detecting and Preventing Insider Data Leaks
Are We Cyber-Resilient? The Key Question Every Organization Must Answer
More Reports