The Open Data Center Alliance, a user-driven group, renewed its pledge to help members move into cloud computing at its Forecast 2014 meeting in San Francisco Tuesday. And it attempted to marshal more support for an emerging standard -- TOSCA -- that would make applications portable across cloud services.

The Oasis standards body issued its 1.0 version of TOSCA last fall. The Topology and Orchestration Specification for Cloud Applications is a mouthful, but alliance members understand it to mean a set of semantics that can specify an application's requirements, then presents those requirements to any cloud service. If the cloud supports TOSCA, it will signal that it knows how to provision the application. If it doesn't, it will have to send back the equivalent of: No Can Do.

A few cloud suppliers have indicated they will support TOSCA. Many have not, including Amazon Web Services. Paul Lipton, VP of industry standards and open source at CA Technologies, said it wasn't the goal of the Open Data Center Alliance to get Amazon to join the group and take the pledge to support TOSCA. Rather, it was ODCA's goal to get TOSCA so widely accepted by users that support from cloud suppliers "becomes inevitable." 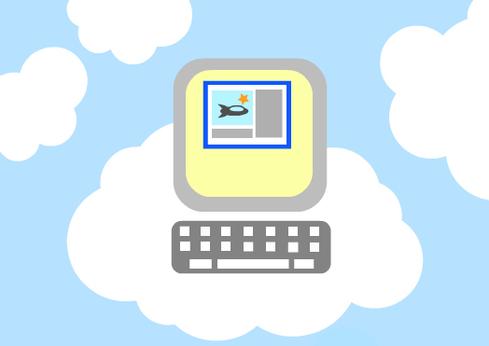 Nevertheless, said Lipton, TOSCA "is an important new cloud standard that is enabling a unique ecosystem of companies," which includes several international leaders in their fields. As the world's application economy evolves, TOSCA "facilitates the speed and accuracy of moving applications to the cloud," he said in a session titled, TOSCA: An Open Standard for Business Application Agility and Portability in the Cloud.

IBM senior engineer and master inventor, Matt Rukowski, said TOSCA and Docker Linux containers may ultimately work well together, since Docker prescribes a format in which workloads may be moved around. But TOSCA apps will be portable to any cloud that meets a variety of application requirements. It's seeking to create the semantics that give a cloud user "a choice of providers that best fit the application and avoid the lowest common denominator," he said.

Richard Probst, VP of infrastructure technology strategy at SAP, said TOSCA has become the largest working group inside the standards body. As work has progressed, the group has gotten larger; it now has 150 members and the OpenStack open source cloud project is looking at ways to include TOSCA as a standard used in its operations.

"We need the semantics so the software-defined data center can pick up that work [application] and deploy it," he said.

In a luncheon address, David Linthicum, senior VP of Cloud Technology Partners, said migration to the public cloud now dominates the interest of his Boston consulting firm's clients. "I'm seeing less adoption of private clouds. Nearly everything coming in is aimed at going to public cloud computing," he said.

Although Amazon continues to dominate the market, both Google and Microsoft have shown stronger growth in hosting enterprise workloads than before and may be about to engage in a growth spurt. IBM is likewise gaining more customers than its previous rate of growth might have projected for this time period, he said.

But migrating enterprise workloads to a cloud service is not an instant, easy task. It takes an understanding of how it is likely to work there, what resources it will need, and what skills will need to be provided by enterprise IT to make it work.

"It's a pipedream that you can start going into the cloud and use the savings to fund the continuing migration," he warned. The more likely return was a gain in agility and a better opportunity to execute on company strategy, with savings coming about only after training and discipline in how to make the best use of cloud resources.

So far, the ODCA has concentrated on sharing cloud users' knowledge and best practices. It's built 30 cloud use cases, with many of them focused on compute and storage. It's offered tools that members may use in requests for proposed cloud services, such as the Proposal Engine Assistant Tool or PEAT. "My organization has used PEAT a couple of times" to solicit the best proposal on a cloud services, said Correy Voo, ODCA president and UBS infrastructure CTO, during his Tuesday morning address. The tool uses specifications found in the alliance's use cases to formulate the requirements that the service provider must meet.

ODCA also announced that Intel, previously restricted to an advisory role, would be joining its board of directors in 2015.