CTO Colin Bodell wants to move Time out of its five data centers and onto the Amazon cloud. The technical and cultural shift is well underway. 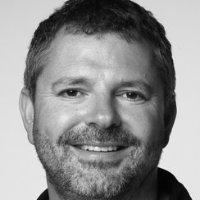 Charles Babcock is an editor-at-large for InformationWeek and author of Management Strategies for the Cloud Revolution, a McGraw-Hill book. He is the former editor-in-chief of Digital News, former software editor of Computerworld and former technology editor of Interactive ... View Full Bio
We welcome your comments on this topic on our social media channels, or [contact us directly] with questions about the site.
Comment  |
Email This  |
Print  |
RSS
More Insights
Webcasts
Making XDR Work in Your Enterprise - May 12
Multi-Cloud Data Management for Modern Applications
More Webcasts
White Papers
New Cybersecurity Paradigm
Improve your business with a Virtual CISO
More White Papers
Reports
[Tech Insights] SASE's Pandemic Boost Likely to Stick
Enabling Enterprise Resiliency Through Cyberthreat Detection
More Reports