Virtualization has been the biggest trend in the enterprise data center for over a decade. Now, however, new license revenues have plateaued, according to new research from Gartner.

Eighteen years after the practical launch of x86 virtualization in the IT marketplace, the remaining supply of unvirtualized host servers is in such short supply that the market has been declared "mature."

That was the conclusion of a recent Gartner report on "Market Trends: x86 Server Virtualization Worldwide 2016." The technology research firm issued a summary of the report on May 12 ahead of the Gartner Infrastructure, Operations, and Data Center Summit taking place May 16 and 17 in Sydney, Australia.

Some firms report they have virtualized 90% of their servers, or all of those that they plan to. On average, most firms report 75% or higher virtualization of their data center, "illustrating the high level of penetration," wrote Michael Warrilow, research director at Gartner.

"The market has matured rapidly over the last few years," he added. Virtualization revenues will increase to $5.6 billion, up 5.7% this year, compared to 2015. But new license revenue declined in the first quarter of 2016 for the first time, he noted. 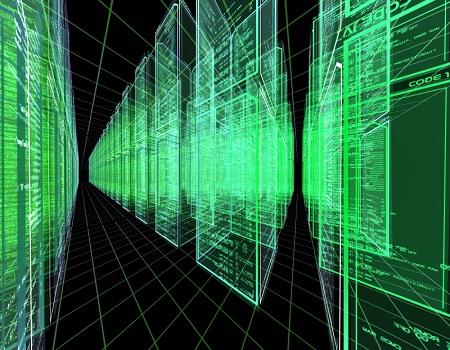 The Gartner announcement of Warrilow's report didn't specify whose revenue had declined, but market leader VMware reported on April 19 that its new license revenue declined in the first quarter by 1%.

Only VMware and Microsoft were found in the Gartner Magic Quadrant on Server Virtualization last July. Microsoft's widely accepted Hyper-V makes the company a mainstream virtualization vendor, but Redmond doesn't break out its virtualization revenues, which are mixed in with Windows Server and System Center sales.

One development hampering license revenue growth is "the explosion of virtualization vendors in China," closing off that corridor to growth to Microsoft and VMware.

The virtualization market's growth is being driven now by maintenance revenues instead of new license revenue, Warrilow noted.

Warrilow also cited the increasing interest in and adoption of containers as an alternative to virtualization.

"Gartner analysts believe that the impact of new computing styles and approaches will be increasingly significant for this market. This includes OS container-based virtualization and cloud computing," according to the announcement.

Virtual machines are widely used in public cloud computing, but they tend to be open source Xen-based on Amazon Web Services and Hyper-V based on Microsoft Azure. Red Hat system users often adopt KVM on premises and in the cloud.

However, Google, which acknowledges it runs its cloud customers' workloads in virtual machines on its cloud platform, dispenses with virtual machines in its own internal operations. It is widely regarded as an experienced user of containers, launching 2 billion a week, without a virtual machine wrapper.

That's made the Kubernetes container orchestration system the first choice of 27% of OpenStack adopters using containers, by far the leading option. Kubernetes is an open source container project founded by Google. CoreOS, supplier of CoreOS Linux for container hosts, supports Kubernetes and calls its container management strategy GIFEE or Google Infrastructure For Everyone Else.

Docker, Mesosphere, and several entrants in the field are committed to working with Kubernetes as an option, even when they have their own orchestration system, such as Docker Swarm.

Since many more containers than virtual machines may be run on a single host, data center operators have a keen interest in learning how to run containers and manage them effectively without the added overhead of virtual machines.

In some cases, there's even a counter trend of moving away from virtualization back toward un-virtualized servers, Warrilow noted.

He wrote, [organizations are increasing their use of] "physicalization, choosing to run servers without virtualization software. More than 20% of these organizations expect to have less than one-third of their x86 server OSs virtualized by 2017 -- twice the amount reported for 2015."

[Think VMware is done because of cloud and containers? Think again. Read PayPal's Path To Independence: A Tale Of Cloud Innovation.]

There's no single explanation for the counter-trend. Various reasons are cited by implementers, Warrilow said. Spending on virtualization remains at 2014 and 2015 levels at large companies but smaller companies have cut their totals back.

"What was considered as the best approach to greater infrastructure agility only a few years ago is becoming challenged by an array of newer infrastructure choices," said Warrilow. One of them is Linux, and, soon, Windows Server containers. They provide isolation for workloads through a single host operating system, rather than requiring an operating system for each virtual machine on the host.

Even with containerization and "physicalization," the majority of enterprise legacy systems will remain on virtual machines for the foreseeable future, even if they move into the public cloud.

Charles Babcock is an editor-at-large for InformationWeek and author of Management Strategies for the Cloud Revolution, a McGraw-Hill book. He is the former editor-in-chief of Digital News, former software editor of Computerworld and former technology editor of Interactive ... View Full Bio
We welcome your comments on this topic on our social media channels, or [contact us directly] with questions about the site.
Comment  |
Email This  |
Print  |
RSS
More Insights
Webcasts
The Failures of Static DLP and How to Protect Against Tomorrow's Email Breaches
5 Steps to Solving Modern Scalability Problems
More Webcasts
White Papers
The Insecure State of Microsoft Teams Security
The State of Threat Detection and Response
More White Papers
Reports
The State of Threat Detection and Response
Special Report: The Changing Face of Threat Intelligence
More Reports

Gartner can tell us that  most of the servers that can be virtualized have already been virtualized. But it doesn't tell us if managing workloads through the vCenter Management Console is going to stay the dominant way of running an enterprise data center. VMware remains as a very strong presence inside the data center. Instead of expanding out, it can expand up the management stack and already done so with the likes of vOperations Manager.
Reply  |  Post Message  |  Messages List  |  Start a Board
Editors' Choice
Hot Topics