VMware predicts better than 10% growth in 2015 as subscriptions become a larger part its revenue.

VMware reported a respectable 16% growth in revenues in 2014 and doubled its authorized stock buyback program, which was announced Aug. 6, to a total of $2 billion through 2017. The buyback is meant to bolster share prices over the next three years as revenue growth slows further.

VMware has $7.08 billion in cash or cash equivalents on hand, with unearned revenues of $4.83 billion as of Dec. 31. VMware's business is transitioning to greater subscription revenue, which customers have signed up for one to three years in advance.

VMware is past the days when virtualization was new and it was the most knowledgeable and trusted player in the hypervisor field. Enterprises are largely saturated with both VMware and Microsoft proprietary hypervisors and virtualized environment management, but VMware is adding on additional capabilities in virtual networking and hybrid cloud management.

In a quarterly earnings call, CEO Pat Gelsinger also said some of the more advanced pieces in the VMware's product line were beginning to gain traction with customers after an initial slow uptake. They include the mobile device management platform, AirWatch, which recently hit 15,000 users or "nearly double its closest competitor," Gelsinger said. VMware completed its acquisition of AirWatch Feb. 24. 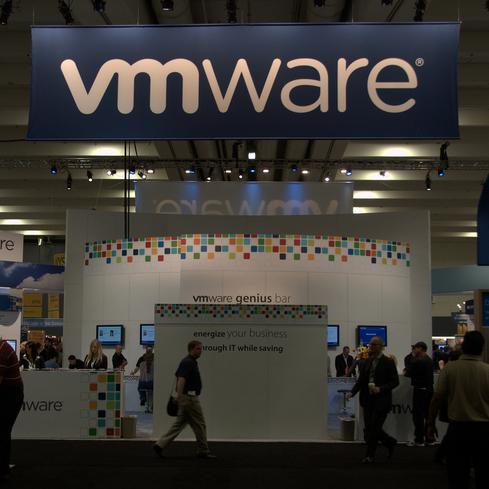 Gelsinger said VMware now has 400 customers for its NSX virtual networking platform, a small share of its total customer base, but a harbinger of things to come, he said. VMware is promoting the idea of a software-defined data center, where virtualization and programmed policy engines govern routine functions in the data center. NSX is a crucial building block of such a design.

Another example is VMware's Virtual SAN, introduced in the second half of 2013, which allows a VMware customer to create a virtual storage system from a combination of available hard drives and solid state disks on a server cluster. By managing the storage as a virtual pool, virtualization managers could gain the ability to divvy it up among users and applications according to need without adding an external storage array.

The move would simplify storage management on a cluster where business needs were changing frequently. VMware is also counting on an increase in customers for its vCloud Air public cloud and its software for combining public cloud and vSphere data center environments as hybrid operations.

"Customers continue to partner with VMware because we offer a new model for IT," Gelsinger said during the call.

VMware's fourth quarter finished on a par with the year as a whole. Revenues were up 15% or "16% in constant currency," said CFO and COO Jonathan Chadwick. VMware's results matched its guidance for the year or were slightly ahead of it.

Wells Fargo analyst Jason Maynard noted the cautious projections for 2015. VMware says for the year it will see 10% to 12% total revenue growth, with only 6% to 9% of it in new licenses. Maynard said in a post-call research note:

We think adjacencies like vSAN, AirWatch, and NSX have great promise but will take time to become meaningful. In our view the FY2015 forecast of 10% to 12% total revenue growth and flattish margins is an achievable, but is not an overly conservative forecast.

Charles Babcock is an editor-at-large for InformationWeek and author of Management Strategies for the Cloud Revolution, a McGraw-Hill book. He is the former editor-in-chief of Digital News, former software editor of Computerworld and former technology editor of Interactive ... View Full Bio
We welcome your comments on this topic on our social media channels, or [contact us directly] with questions about the site.
Comment  |
Email This  |
Print  |
RSS
More Insights
Webcasts
Strategies for Success with Digital Transformation
ROI and Beyond for the Cloud
More Webcasts
White Papers
Presenting Your Cloud Security Strategy to the Board
Frost Radar: Global Threat Intelligence Platform Market
More White Papers
Reports
The State of Cloud Computing - Fall 2020
DNS Network Traffic Volumes During the 2020 Pandemic
More Reports
Copyright © 2021 UBM Electronics, A UBM company, All rights reserved. Privacy Policy | Terms of Service