VMware knows a lot about running Linux containers. It knows they run best when they're in a virtual machine. That is the long and the short of how VMware will approach the burgeoning interest in the Docker container format.

During VMworld this week, VMware officials acknowledged growing interest in containers, then tucked them neatly into its virtual machine framework. While containers themselves are not new, a fact that VMware executives pointed out several times, the widespread use of containers in the Docker packaging is. VMware executives have been taken aback by the somewhat haphazard discussion of containers as a possible replacement for virtual machines. Nevertheless, with Docker packaging, developers get a more convenient way of preparing code for deployment and for updating code after deployment.

During VMworld, VMware execs knocked down the notion that containers will replace virtual machines -- and most informed observers agree they will not -- and they offered in its place the notion that VMware tools are the logical agents with which to manage containers. VMware will demonstrate how the software-defined data center will run Linux containers, CEO Pat Gelsinger told his keynote audience Monday morning, but it will run them in "a more efficient and compliant manner than bare-metal Linux containers." That is, it will run them in virtual machines, where their security is more assured, and manage them with vSphere and vCloud management systems.

[Want to learn more about the impact of containers on VMware? See What Docker Means For VMware, Cloud.]

I'm not convinced that VMware has the only answer on issues of container management, and I'll reserve judgment until those most directly interested in using Linux containers have a chance to bring alternative systems to market. At the moment, two of the logical candidates to do so, Docker and Google, are busy working with VMware.

At a media conference Tuesday, Craig McLuckie, product manager for Google's Kubernetes container-generation system, said Google has been relying on Linux containers for many years. "We've been excited to see Docker popularize these container technologies," he said. Google will work with Docker, VMware, and others to further develop Kubernetes and include container provisioning in VMware's workflows so that a container can be generated and put inside a virtual machine. "We see these technologies as being complementary," he said.

Not everybody does. Putting a container in a virtual machine -- actually, several or dozens will go in each VM -- adds operational overhead that the container purists would prefer to avoid. Likewise, Ben Golub, CEO of Docker, listening to VMware execs saying how containers need virtual machines, separated himself from complete adherence to that notion. At a media conference Tuesday, he noted that Docker 1.0 was "enterprise ready" without VMware's help. "Plenty of people are using Docker on bare metal," but he then embraced the prospect that some Docker users will put their containers inside VMware virtual machines. "It depends on what you're trying to accomplish," he said. Developers can make use of bare-metal servers and enjoy their speed and efficiency; IT managers with production workloads "will look to the VMware environment for security and manageability."

VMware CTO Ben Fathi explained that containers running natively on hardware present a large attack surface. Many containers share the host's Linux operating system, and each line of code in the operating system is an exposure, an opportunity for a bug or malware to slip in and cause something to go wrong in cramped quarters. The containerized applications are reading and writing data from a shared pool of memory; few barriers exist if bad code prompts a read of a second container's data or an overwrite. Malicious

exploits on Linux are rare, but a few occur each year, leaving the possibility that one of them will act as a spoiler in a sensitive container environment.

Virtual machines, however, exist as a set of file definitions and policies that mimic a real machine, with logical boundaries around server resources to set them apart from other VMs. They have a small attack surface. The host's hypervisor does its work with just 30 or 40 commands communicated directly to the hardware. They can be periodically checked and protected; alterations are easily detected.

Containers, on the other hand, are much faster to spin up, replicate and scale-out, all important qualities in Web operations. Google is a practiced user of containers precisely because its search and internal operations exploited those efficiencies. It created the Linux control groups and much of the original source code that underlies Docker operations. So why is Google helping VMware put containers in virtual machines?

Google runs them that way when it's dealing with customer workloads headed for App Engine or Compute Engine. (Unlike VMware, it puts them inside a KVM virtual machine.) It's in Google's interest to have more IT departments familiar with and accustomed to using containers. That familiarity will potentially increase the attractiveness of Google's cloud services. Hence, its willingness to make its Kubernetes container provisioning system available as open source code and continue its development with VMware.

Containers also represent a way for VMware to reach application developers, a community that may be less interested than VMware in virtual machines and production security. VMware has spun off the parts that interest developers, such as the Cloud Foundry development platform and Gemstone caching system, into its Pivotal subsidiary. One of things Pivotal has produced is Pivotal CF, a commercial version of the Cloud Foundry platform. 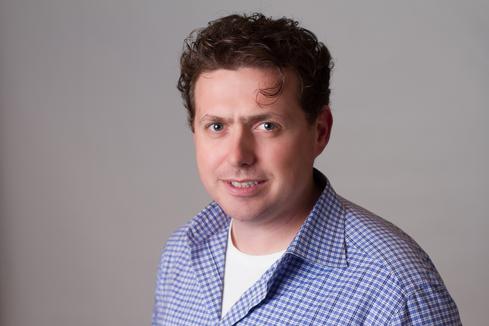 So the "blend," as Watters puts it, of container technology with the manageability and security of virtual environments is likely to be the recommended path for IT managers for a long time. VMware, Docker, and Cloud Foundry "are building in very robust Docker support. I'd argue VMware has the most advanced container management system in the world," Watters said in an interview.

With Google and Docker seeing big advantages to fitting containers into the VMware environment, that's how it's likely to remain -- at least for a while. But I still think that containers running inside virtual machines represent an architecture that's very close to VMware's interests rather than the only sensible way to run containers. Other possibilities will one day manifest themselves for launching and running containers on their own. But until some startup or disruptive coalition shows a system with the potential to do it, we'd better get used to hearing about the benefits of blending the two together.

Charles Babcock is an editor-at-large for InformationWeek and author of Management Strategies for the Cloud Revolution, a McGraw-Hill book. He is the former editor-in-chief of Digital News, former software editor of Computerworld and former technology editor of Interactive ... View Full Bio
We welcome your comments on this topic on our social media channels, or [contact us directly] with questions about the site.
Comment  |
Email This  |
Print  |
RSS
More Insights
Webcasts
The 6 Must-Haves for Practical Cloud Security
5 Steps to Integrate SAST into the DevSecOps Pipeline
More Webcasts
White Papers
Let's Talk: Why Language Matters in Cybersecurity
6 Emerging Cyber Threats That Enterprises Face in 2020
More White Papers
Reports
2019 State of Privileged Access Management (PAM) Maturity Report
Assessing Cybersecurity Risk in Today's Enterprise
More Reports
Copyright © 2020 UBM Electronics, A UBM company, All rights reserved. Privacy Policy | Terms of Service