Integrating Office 365 With Box: How It's Being Done - InformationWeek

Supply-chain company Flex has rolled out Office 365 with Box.com to about 200,000 global users. Here's how the firm's IT team did it.

Box.com and Microsoft Office 365 have been able to work together for some time but recent integration developments have brought them together more tightly. The new integration brings new features to the combination and allows for the sort of "live" collaboration that has been a major benefit available to Google Docs users. For supply-chain company Flex, the combination of benefits was enough to make it pull the trigger on an Office 365 and Box.com deployment.

According to Flex CIO Gus Shahin, the company made the move to Office 365 first. In a phone interview he said, "We started the transition to Office 365 about three years ago. For the most part the implementation was pretty good, pretty smooth."

Shahin said that Flex began the Office 365 deployment with Microsoft OneDrive as the cloud storage component because it came bundled with the productivity software. Before long, though, the company began having trouble with cloud storage. "We tried to get OneDrive off the ground but decided it wasn't working. We were pretty transparent with Microsoft and looked at Box," he said.

Cloud storage and integration are requirements for Flex because of the company's size and scope. According to Shahin, he supports around 200,000 employees in 100 locations around the world. Shahin said that Box was able to support almost all of those employees. "Box didn't require a lot of effort, that's one of the nice things. They're pretty easy to work with. It was extremely smooth," he said. 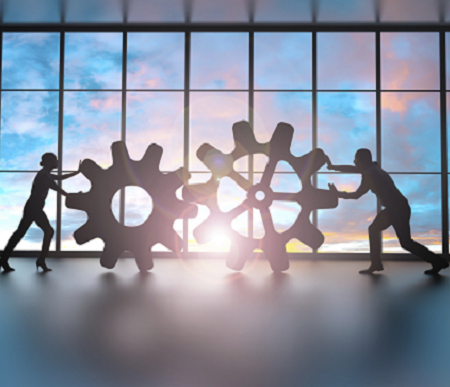 "With my team I've been pushing three strategic focuses: One is cyber-security, the second is best-of-breed, the third is productivity. Box fits all three," Shahin said. "They take security seriously. And they fit well with my best-of-breed, and of course business productivity. There's no point in trying to provide a tool for business that can't work. Box is practically plug-and-play."

While users who were told about the possibility of Box were excited, Shahin said that his team performed its due diligence on the transition. "We deployed Box as a POC [proof of concept] in the beginning and had it running against OneDrive, and analyzed the calls to help desk. From that we saw it was easy."

Once the concept had been proven, Flex began the roll-out. "One of the first initiatives was to replace our 1,500 FTP servers. We were able to do that." Beyond FTP, Shahin and his team were able to provide integration with Word, Excel, and PowerPoint to allow co-authoring on Windows and Mac desktop platforms, as well as extending the integration to users with iOS mobile devices.

Shahin said that security was a significant concern, especially with mobile users. As part of the team's due diligence, though, it was able to answer the most pressing questions. "One of the hardest groups to sell on cloud is usually the legal team. They're super-concerned about security and they were very welcoming," he said.

Even though the deployment has been successful thus far, Shahin says that it's not complete. "The roll-out is world-wide minus China. My understanding is that we're testing the China solution, and we should be able to complete the rollout to China by mid-June."

Another piece of the global deployment that is incomplete is air-tight compliance with European data regulations. "Data localization hasn't been a problem yet, and we discussed that with Box at our last meeting. The new law in Europe isn't very clear. It's around personal information and HR information. Right now we're working with our chief privacy officer and chief ethics officer and their teams, and our understanding is that Box is working to provide an option."

Even with the pieces left to be done, Shahin is pleased with the combination his team has deployed. "Box and Office 365 are integrated very nicely now. That's not an issue. The rollout itself for content sharing is complete, but we have to watch China.

"It's a very intuitive product in my mind. It greatly enhances user productivity. It's worked out extremely well for us," Shahin explained. The results have been such that he's now considering other cloud services for Flex. "Salesforce is coming up if it's not there already, and there are talks about other cloud providers, so we'll see what happens there."

[Editor's Note: This story has been updated to correct the Flex company name and the number of locations its employees are based in.]

Curtis Franklin Jr. is Senior Analyst at Omdia, focusing on enterprise security management. Curtis has been writing about technologies and products in computing and networking since the early 1980s. He has been on staff and contributed to technology-industry publications ... View Full Bio
We welcome your comments on this topic on our social media channels, or [contact us directly] with questions about the site.
Comment  |
Email This  |
Print  |
RSS
More Insights
Webcasts
Bolstering Your Enterprise Cyber Risk Assessment
Monitoring Critical Cloud Workloads
More Webcasts
White Papers
Cloud Security Blueprint: Architectures and Solutions
Guide to Enabling 5G Deployments
More White Papers
Reports
[Report] 2021 State of IT & SecOps
The State of Endpoint Security
More Reports