Learning to Navigate Multi-Cloud at ESCAPE/19 and ONUG - InformationWeek

50%
Tweet
Experts at a pair of conferences in New York shared insight on how to address challenges and leverage advantages of multi-cloud. 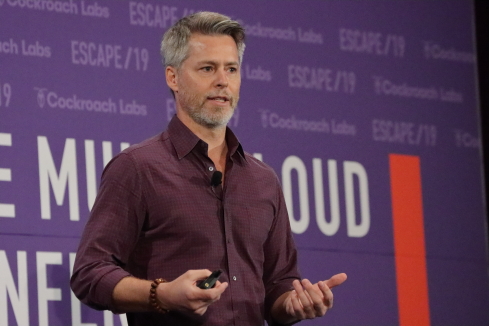 Spencer Kimball, co-founder and CEO of Cockroach Labs, led the speakers at ESCAPE/19 with a discussion on how to deal with applications that run on the global stage through multi-cloud environments. He said that many organizations now look first to cloud-based options when they launch. “They don’t even think about shrink-wrapped software anymore,” Kimball said. “It’s really about cloud-first applications being served to their users.”

The increasingly global makeup of the cloud, he said, is offered through on-premise servers, the major vendors, by regional telecom, or even private data centers. Kimball said this trend also means the playing field is more level for organizations of all sizes. “A startup that has five people just out of the gate has access to the same kind of data center resources that Google had back in the aughts,” he said. “The big problem is a lot of these technologies don’t work well together.”

There can be issues with networking, discovery of services, and connecting through layers of abstraction to let pieces of architecture talk to each other. Security with encryption and key management and Kubernetes-driven deployment can also be confusing, he said. “The problem is that Kubernetes itself doesn’t work very well across clouds and multiple data centers.”

Kimball said the handling of data in the cloud represents an unsolved problem in this environment, which Cockroach Labs has focused on for the past four and a half years. “It’s really the critical element in a fully stateless global service,” he said.

Other technological constraints, Kimball said, also affect the cloud. For example, network speeds and services continue accelerate but their limits can have an impact on deployment. Access and distance from data centers can choke the rate at which the cloud is tapped. “You really do need to eliminate geographic latencies,” he said. “That means if you have to, put the data next to the customer.”