Microsoft is partnering with 12 business around the world to broaden access to Internet and cloud-based services.

Microsoft has announced plans to partner with 12 global businesses as part of a broader effort to deliver affordable connectivity to all corners of the world.

The company reports 57% of the world is offline. It hopes to "close the digital divide" through a project called the Affordable Access Initiative, which aims to bring Internet to the 4.2 billion people who still don't have it.

The Affordable Access Initiative aims to drive widespread change with local-level partnerships, education, grants, and advocacy. To do this, Microsoft has granted funding to 12 businesses representing 11 countries across 5 continents.

Each grant winner has existing operations in its local community. All recipients will receive funding and support from Microsoft as they work to expand their services in areas where connectivity is lacking.

Most of the winning companies come from remote parts of Africa and Asia. African companies include the African Renewable Energy Distributor (ARED) in Rwanda, Ekovolt in Nigeria, New Sun Road in Uganda, C3/Chitipi in Malawi, and VistaBotswana in Botswana.

Businesses based in Asia include WiFi Interactive Network (WIN) in the Philippines, Kelase in Indonesia, and AirJaldi and Zaya Learning Labs, both of which are based in India.

Representing Europe and the Americas are Movivo in the United Kingdom, Axiom Technologies in the United States, and Tambero.com in Argentina. Microsoft notes it will announce new funding and contribution opportunities in the near future.

Additional resources like Safer Internet, the "public cloud for public good," and educational programs like YouthSpark also contribute to the goal of connecting people around the world.

Microsoft's approach of local engagement is notably different from those of competitors Google and Facebook. Both tech giants have recently announced projects to improve Internet connectivity in remote areas. 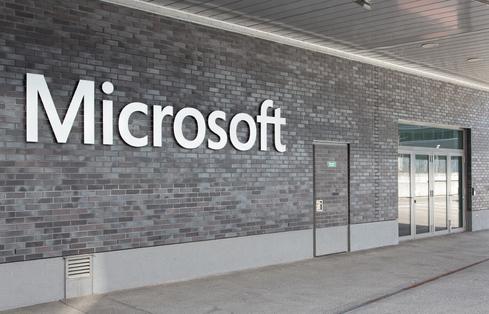 In November 2015, Google announced Project Loon, an effort to bring Internet to developing areas of Indonesia with giant floating balloons that would function as wifi hotspots. Indonesia's top mobile network operators agreed to begin testing in 2016 over parts of Indonesia, where 1 in 3 people is connected to the Internet.

This isn't the only major philanthropic move we've seen from Microsoft this year. In January, the company announced its new Philanthropies organization would donate $1 billion of Microsoft Cloud Services to help nonprofits and university researchers over a three-year time period.

The three major goals of Microsoft's philanthropic move are to give more cloud resources to nonprofit organizations, increase access for researchers, and address challenges with last-mile Internet connectivity.

Kelly Sheridan is the Staff Editor at Dark Reading, where she focuses on cybersecurity news and analysis. She is a business technology journalist who previously reported for InformationWeek, where she covered Microsoft, and Insurance & Technology, where she covered financial ... View Full Bio
We welcome your comments on this topic on our social media channels, or [contact us directly] with questions about the site.
Comment  |
Email This  |
Print  |
RSS
More Insights
Webcasts
Bolstering Your Enterprise Cyber Risk Assessment
4 Practical Tips for Building a Data Lake
More Webcasts
White Papers
Why Energy Management is Critical to 5G Success
VPN Risk Report
More White Papers
Reports
A Decade of Passive DNS
[Tech Insights] SASE's Pandemic Boost Likely to Stick
More Reports