Microsoft has announced the promotion of Brad Smith to president and chief legal officer. He was previously the company's general counsel and executive vice president for legal and corporate affairs.

After joining Microsoft in 1993, Smith spent three years leading the European branch of Microsoft's Legal and Corporate Affairs (LCA) team before a five-year term as deputy general counsel for LCA teams outside the US. He was appointed general counsel in 2002.

During his 22 years with the Redmond tech giant, Smith has managed key decision-making processes that have led governments and IT companies to agree on competition law and intellectual property. He has also led Microsoft in tackling issues on privacy, government surveillance, computer science education, and immigration.

CEO Satya Nadella appointed Smith president on Sept. 11. The promotion makes him the first company-wide president since Richard Belluzzo, who resigned from the role on 2002.

Smith is now also corporate secretary and chief compliance officer, according to an updated bio on Microsoft's website.

"In this role Smith plays a key role in representing the company externally and in leading the company's work on a number of critical issues including privacy, security, accessibility, environmental sustainability and digital inclusion, among others," according to the new bio.

Privacy is a core focus at Microsoft that has increased in importance since Nadella became CEO and adopted his mobile-first, cloud-first vision. The company has touted myriad new security features in Windows 10. Yet users continue to express concern about what happens to the data they enter in Cortana, Microsoft Edge, and other services.

In terms of his ongoing legal responsibilities, Smith is currently in the midst of a courtroom case with the US government in which he is working to create a legal precedent for personal and corporate data located in the cloud and stored on servers controlled by Microsoft. 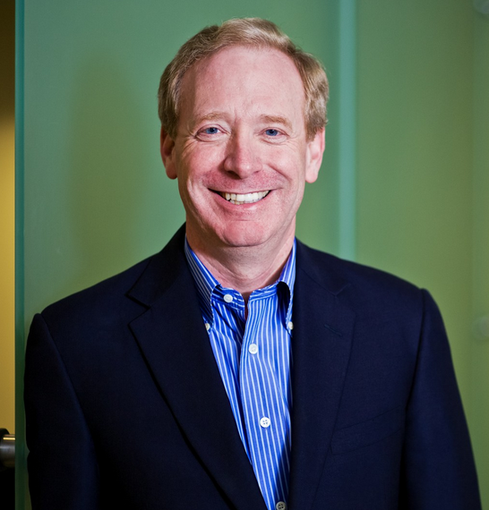 During the summer of 2014, the US Department of Justice wanted Microsoft to deliver emails from Outlook.com stored in an Irish data center. Its request was granted; however, Microsoft argues this gives the government an excess of power in obtaining evidence.

The US government argues because the email was stored in the cloud, it became the business record of Microsoft as the cloud service provider. This, Smith believes, interferes with fundamental personal privacy rights.

In a press meeting on Microsoft's campus, Smith explained the case has tremendous implications for what is at stake for the future of cloud computing. Trust issues have been evolving along with the evolution of cloud, he said, and the company has been working towards adopting a principled approach to customer trust.

Will personal content continue to receive its traditional standard of privacy? This is one of many security decisions we'll be waiting to hear from Smith as he takes on this new role.

Smith's appointment is the latest in a series of managerial reassignments to take place at Microsoft in recent months. An executive shakeup this summer resulted in the departure of former Nokia CEO Stephen Elop, Kirill Tatarinov, and Mark Penn.

Less than a month later Redmond announced a major restructuring of its mobile division that resulted in 7,800 job cuts. The company later decided to take a $7.5 billion write-down related to its acquisition of Nokia in 2014.

Smith will directly report to Nadella as a result of his promotion. This news does not affect any of the other senior executive positions at Microsoft.

Kelly Sheridan is the Staff Editor at Dark Reading, where she focuses on cybersecurity news and analysis. She is a business technology journalist who previously reported for InformationWeek, where she covered Microsoft, and Insurance & Technology, where she covered financial ... View Full Bio
We welcome your comments on this topic on our social media channels, or [contact us directly] with questions about the site.
Comment  |
Email This  |
Print  |
RSS
More Insights
Webcasts
Disaster Recovery/Business Continuity in the New Normal
4 Practical Tips for Building a Data Lake
More Webcasts
White Papers
The State of Zero-trust Security Strategies
Automate Your Cloud Compliance Journey in 6 Steps
More White Papers
Reports
A Practical Guide to Enabling 5G Deployments
Intelligent Outcomes Are Key to Business Resilience
More Reports