OneNote Mobile offers a nice alternative to sync-to-cloud note-taking apps such as EverNote and Springpad. You can edit notes containing rich text, and sync with mobile devices via SkyDrive and the OneNote Web App.
Todd Ogasawara
Contributing Editor
March 14, 2012

Both the iPhone and iPad versions of OneNote do a pretty good job of mimicking the look of paper notebook pages. 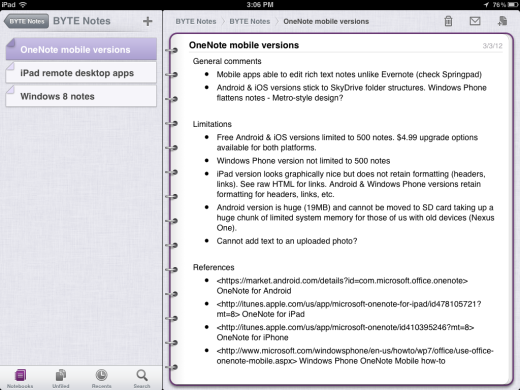 However, this relatively graphically rich representation of a paper page might be an attempt to mask the app's poor handling of the text itself. If you refer back to the first screenshot in this article, you'll see that OneNote Mobile for Android retains the header and hyperlinked text formatting created using OneNote Web App. The iPhone and iPad apps, however, do not render either. In fact, they display raw HTML tags instead of hyperlinked text (see below).

The OneNote apps for iPhone and iPad do display images correctly. Below is a photo in a note page created on an iPhone. 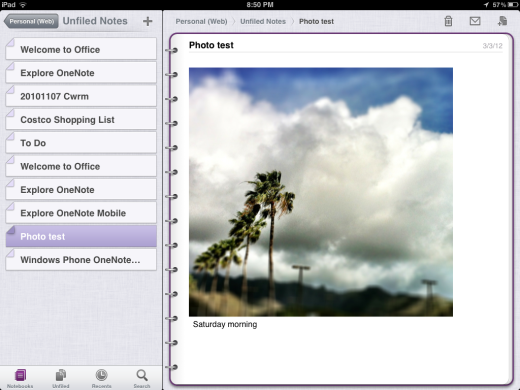 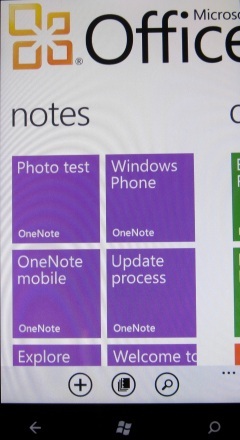 You can pin OneNote for Windows Phone notes to the Start page as reminders.

The Windows Phone version of OneNote provides lots of formatting options not available in the Android or iOS apps. You can do boldface, italics, underline, strikethrough, and highlighting. You can create both bulleted and numbered lists. (The Android and iOS apps can only do bullets.) OneNote for Windows Phone even lets you attach audio recordings to a note. 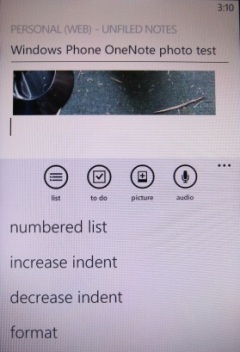 As you might expect, the formatting you've done also looks good when displayed. 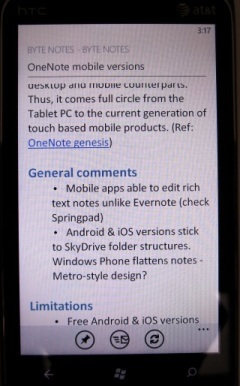 
OneNote Mobile offers an alternative to sync-to-cloud note-taking apps such as EverNote and Springpad. It should be especially appealing to people comfortable with the Microsoft Office ribbon interface introduced in Office 2007. The ability to edit notes containing rich text is another useful feature. Finally, users of OneNote for the desktop can sync with mobile devices via SkyDrive and OneNote Web App.