North America Is Out Of IPv4 Addresses: What's Next? - InformationWeek

It's official: ARIN finds that North America no longer has any IPv4 address available. With IoT and mobile creating more demand, what's next?

The American Registry for Internet Numbers (ARIN), the nonprofit association that manages the distribution of Internet number resources for North America, announced Sept. 24 that it has issued the final IPv4 addresses in its free pool.

The base technology of the Internet requires that each source or destination have its own unique identifier -- the IP address -- and 32-bit IPv4 was the first widely disseminated group of addresses for Internet connected devices in use.

IPv4 dates back to 1981. It only has room for 4.3 billion unique addresses. While that may be a large number of them, their complete consumption shows how fast the Internet has grown over the past four decades. The explosion of mobile and new Internet of Things (IoT) devices helped speed the process along faster than the original creators could ever have imagined.

"The exhaustion of the free IPv4 pool was inevitable given the Internet's exponential growth,” said John Curran, ARIN's president and CEO in a statement. "Luckily, we prepared for this eventuality with IPv6, which contains enough address space to sustain the Internet for generations. While ARIN will continue to process IPv4 requests through its wait list and the existing transfer market, organizations should be prepared to help usher in the next phase of the Internet by deploying IPv6 as soon as possible." 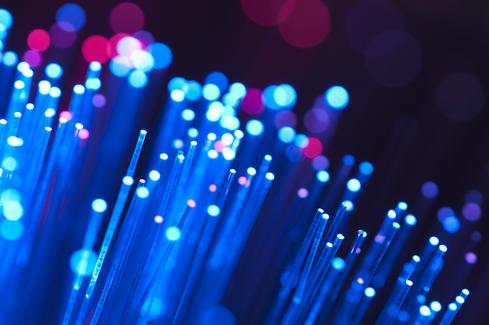 "When we designed the Internet 40 years ago, we did some calculations and estimated that 4.3 billion terminations ought to be enough for an experiment. Well, the experiment escaped the lab," said Vint Cerf, ARIN's chairman, in a statement.

There has been a hesitance by content providers to migrate to IPv6, since consumers must also be prepared to use the protocol.

However, with the projected growth in IoT and the concomitant need for new IP addresses for those devices, there is no other way to proceed in order to gain the IP addresses that will be needed.

ARIN is making an effort to meet existing IPv4 demand with its Waiting List for Unmet Requests. Organizations can request to use blocks of addresses that have been already assigned, but are not in use for some reason.

There is also the Transfer market.

As ARIN puts it, "Qualified organizations have the option to decline placement on the Waiting List for Unmet Requests in favor of seeking IPv4 addresses via the Transfer market. IPv4 transfers allow organizations with unused IPv4 addresses to release them to another qualifying organization under applicable policy."

As ARIN says, this is a market. People and organizations who have the addresses (and are not using them) can ask for money from those who want those addresses.

The net has to go to IPv6 use or stagnate. While there may be some bumpy transitions on the way there, the outcome is rather inevitable.

Larry Loeb has written for many of the last century's major "dead tree" computer magazines, having been, among other things, a consulting editor for BYTE magazine and senior editor for the launch of WebWeek. He has written a book on the Secure Electronic Transaction Internet ... View Full Bio
We welcome your comments on this topic on our social media channels, or [contact us directly] with questions about the site.
Comment  |
Email This  |
Print  |
RSS
More Insights
Webcasts
How the Rapid Shift to Remote Work Impacted IT Complexity and Post-Pandemic Security Priorities
SASE: The Right Framework for Today's Distributed Enterprises
More Webcasts
White Papers
2020 SANS Enterprise Cloud Incident Response Survey
ITSM for the Enterprise - What Makes it Work?
More White Papers
Reports
Enabling Enterprise Resiliency Through Cyberthreat Detection
How Data Breaches Affect the Enterprise (2020)
More Reports

Yeah, it seems sort of critical to me as well.
Reply  |  Post Message  |  Messages List  |  Start a Board

Well, is it here yet?

Is it an immediate need for IT departments to react?

Is anything breaking right now?

So, you vote for the "let's wait for the crisis" approach as being the most likely?
Reply  |  Post Message  |  Messages List  |  Start a Board

Well, that's most organizations. Prioritization is how you deal with limited resources available.

But, do you think they will have to deal with this now? Or just try and muddle on?
Reply  |  Post Message  |  Messages List  |  Start a Board

This may be just the thing to force IPv6 along the adoption curve.

Do you see people just being lazy here?
Reply  |  Post Message  |  Messages List  |  Start a Board
InformationWeek Is Getting an Upgrade!