Is Microsoft Office 2013 right for you? Here are the right questions for small and midsize businesses and enterprises to ask.
Kevin Casey
Contributor
March 05, 2013 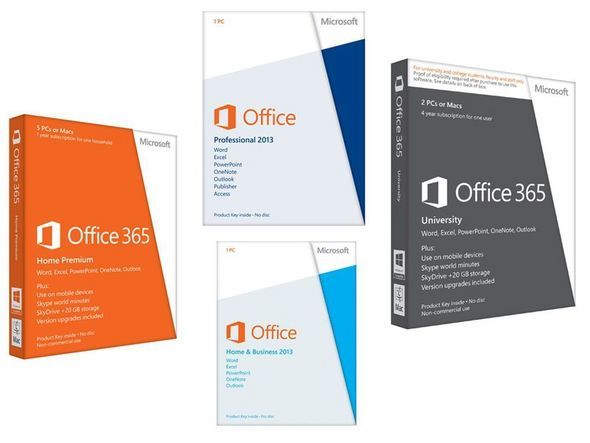 Microsoft Office 2013 is finally here, and there's a version for just about everyone, from light home users to professionals in big companies. But how do you know if this update of Microsoft's entrenched productivity software is a fit for your organization?

The answer comes from asking the right questions. We've put together 10 important ones to get you started. We focused mainly on small and midsize business (SMB) environments, although most of the questions can be sensibly posed in other corporate scenarios as well, from home offices to Fortune 500 shops. If you've already formed your own ideas and tips about the new Office, be sure to share them in the comments section. (If there's one thing that's true of Windows, Office and other Microsoft users, they're not shy with their opinions.)

Office 2013 arrives at a critical juncture for Microsoft and its customers. The fate of the Windows 8 operating system is still to be determined. You need look no further than rumors of a Windows Blue reboot on that front. Moreover, Office 2013 enters a vastly different computing environment than the one that crowned it king of documents, spreadsheets and other currencies of corporate productivity.

For starters, there's the cloud. Software-as-a-service (Saas), online apps -- call it whatever you like, but it has changed the way businesses and individuals buy and use applications. Microsoft is pushing a large stack of chips into the cloud game. In this case, it's in the form of Office 365, the online version of its traditional software. Microsoft's general availability announcement for Office 2013 reads more like a relaunch of the Office 365 platform, which was first released in 2011, and includes three retooled packages for businesses. Office 2013 is, in a sense, a final funeral call for the boxed software of yesteryear. (To wit: The perpetual on-premises version isn't actually available in a box -- a "full package product" in Microsoft terms -- it's cloud or product key card only.) That's especially evident on the SMB front, where Microsoft is pushing Office 365 heavily.

Speaking of cloud, Office 365 faces intensifying competition from Google Apps. Although using Gmail or other Google products doesn't necessarily mean abandoning Office altogether, it does chip away at Microsoft's bottom line. In a recent BetterCloud survey of more than 18,000 Google Apps administrators, more than 60% of respondents said they were scaling back their Office spending as a result of their Gmail or other app usage. This held true across all company sizes.

"While it's easier to get a smaller group of employees to adopt new software, and these organizations are likely more cost-conscious, we were surprised to see relatively similar lack of investment from organizations of all sizes," BetterCloud CEO David Politis wrote in a blog post. There's no real shock in that finding, but it's indicative of the modern era -- Microsoft Office is no longer a given in every office. (Note: BetterCloud has a vested interest here; it makes a management tool for Google Apps called FlashPanel.)

Mobility is another major factor. Office 365 in particular attempts to translate the desktop paradigm for the present-day reality that some users no longer sit at a desk. As a result, mobility is an important factor in your Office strategy. Read on for more on this topic.

What's new? If you want a crash course in the latest and greatest that Office 2013 delivers, check out Jeff Bertolucci's picks for the 10 best features. At least some of those features likely will make their way into your business. If none of the updates make sense for your company and users, that begs another question: Why are you upgrading?

Is Office 2013 right for your business? That's your call. We hope these questions help get your decision-making process off to a level-headed start.