Co-CEO dies one month after taking a leave of absence to address an undisclosed health issue.

While on leave from Oracle to address his health, co-CEO Mark Hurd has passed away.

A message from Oracle co-founder and CTO Larry Ellison issued Friday on Hurd’s personal website served as an official announcement.

Details regarding Hurd’s passing have yet to be released. In September, he took a leave of absence from the company to address undisclosed health issues. During the leave, co-CEO Safra Catz and Ellison took on Hurd’s responsibilities. The company has yet to speak on any executive leadership activity in the wake of Hurd’s death. 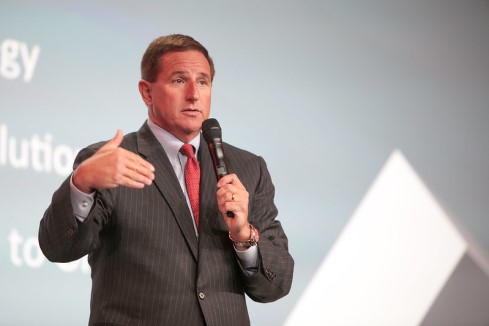 It was just one year ago that Hurd gave a “bullish” endorsement of the cloud at the 2018 Oracle OpenWorld conference, when he declared, “Cloud is irrefutable; it’s foundational. This is no longer a debate.”

Hurd joined Oracle in 2010 as CEO, after his abrupt departure from his chairman and CEO post at Hewlett-Packard. Though he was cleared by external counsel of sexual harassment claims from a former HP contractor, according to reports Hurd resigned after the inquiry brought to light inaccuracies with expense reports he filed in connection with that contractor. He joined Oracle shortly after. Hurd was 62 at the time of his death.

Joao-Pierre S. Ruth has spent his career immersed in business and technology journalism first covering local industries in New Jersey, later as the New York editor for Xconomy delving into the city's tech startup community, and then as a freelancer for such outlets as ... View Full Bio
We welcome your comments on this topic on our social media channels, or [contact us directly] with questions about the site.
Comment  |
Email This  |
Print  |
RSS
More Insights
Webcasts
Securing and Monitoring Networks in the 'New Normal'
Building the SOC of the Future: Next-Generation Security Operations
More Webcasts
White Papers
Improving Your Enterprise's Protection With Cyber Resilience
A Practical Guide to SASE Migration
More White Papers
Reports
The State of Threat Detection and Response
Are Unprotected Cloud Databases Leaking Your Data?
More Reports