VMware spinoff Pivotal brings out a supported version of Pivotal Cloud Foundry with an ability to launch servers on Amazon, as well as on-premises.

There's a new twist in using Cloud Foundry as a platform for developing next-generation applications. The commercial product, Pivotal Cloud Foundry, is frequently installed and used on-premises by enterprise development teams. But the latest version comes with a link to Amazon Web Services embedded in it.

It's more like a nested doll than a mere connection. If resources on-premises don't prove sufficient, a user can click on an embedded virtual appliance, and up pops a Cloud Foundry environment on Amazon to which you're connected. The virtual appliance knows how to provision servers, establish uses, manage identities, and set load balancing. The user only has to tell it how many virtual servers should be initiated. "It calls on the Amazon APIs and builds a set of servers, without you doing anything else," said James Watters, VP of the Pivotal Cloud Platform group.

"Pivotal is the first middleware company to embed cloud capacity in the subscription," he noted. If a customer invokes the cloud capacity, his existing subscription covers the charges. In short, hybrid cloud operations are taken for granted. They can be implemented whenever the user chooses. 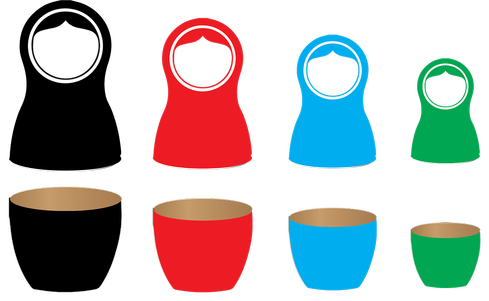 Pivotal has previously offered Cloud Foundry on top of Amazon as an option, but the customer needed to learn Amazon practices and procedures, set up an account, launch Cloud Foundry, and then pay Amazon for the per-hour billing.

[Want to learn more about the future of Cloud Foundry and platform as a service? See PaaS Debate Heats Up At Interop.]

Part of Pivotal's announcement on Tuesday included technical support for what is now known as Pivotal Web Services with Enterprise Support -- its Cloud Foundry as a managed service on Amazon. The virtual appliance taps into the managed service.

The hybrid approach allows users to migrate an application they're working on via Cloud Foundry on-premises into the cloud, regardless of "differences in the underlying infrastructure," Watters said.

Watters said the online version of Cloud Foundry had not attracted high traffic use, but it experimented with the virtual appliance approach as it provided services to the Sundance Institute, the nonprofit that hosts the annual Sundance Film Festival. "We took Sundance public on Pivotal Web Services and fielded heavy traffic generated by a mobile app. We used it as a developer proof-of-concept and found we could manage it with great efficiency," he said.

That's true in part because under the covers Cloud Foundry is packaging the workloads it's dealing within Docker containers running on a server in the Amazon Virtual Private Cloud. The server can be divided into hundreds of containers, and many containers run in one Amazon Machine Image virtual machine for one customer.

Applications developed on Pivotal Web Services may be migrated from the cloud back into a private vSphere virtualized environment, or onto an OpenStack cloud, or into VMware's public cloud, vCloud Air.

Charles Babcock is an editor-at-large for InformationWeek and author of Management Strategies for the Cloud Revolution, a McGraw-Hill book. He is the former editor-in-chief of Digital News, former software editor of Computerworld and former technology editor of Interactive ... View Full Bio
We welcome your comments on this topic on our social media channels, or [contact us directly] with questions about the site.
Comment  |
Email This  |
Print  |
RSS
More Insights
Webcasts
How Elite Analyst Teams are Transforming Security with Cyber Reconnaissance
Building the SOC of the Future: Next-Generation Security Operations
More Webcasts
White Papers
Eliminate East-West Traffic Hair-Pinning
5 Steps to Zero Trust in the Data Center
More White Papers
Reports
The Malware Threat Landscape
The State of Cloud Computing - Fall 2020
More Reports

At the end of Feb., Pivotal announced that Benjamin Black was joining the Pivotal Cloud Foundry team as senior director of technology for its effort concerning the Internet of Things. Black was Chris Pinkham's partner in describing a vision for cloud infrastructure in a paper at Amazon in 2003. Look for Cloud Foundry to connect to the Internet of Things pronto.
Reply  |  Post Message  |  Messages List  |  Start a Board

It's not part of the technology announcement but Watters said Pivotal Cloud Foundry has generated subscriptions for Pivotal amounting to $40 million a year over its first nine months as a product. Cloud Foundry is a platform as a service open source project. Pivotal Cloud Foundry is primary commercial product bulit from it, with Pivotal selling subscriptions and providing technical support. That $40 million is generated by less than 100 paying customers, said Watters, when questioned on that point. I think that relatively small number  means they tend to be large enterprise customers with substantial investments in Cloud Foundry use. This is a substantial success story, based on open source code.
Reply  |  Post Message  |  Messages List  |  Start a Board

What Pivotal is doing could also be called the Microsoft Office 365 model in the middleware space, where you can move between a local and cloud-based application and it appears much the same. As use of the cloud evolves, this easy to use, hybrid model is likely to become more common.
Reply  |  Post Message  |  Messages List  |  Start a Board
Editors' Choice
Hot Topics

10 IT Trends to Watch for in 2021 Cynthia Harvey, Freelance Journalist, InformationWeek,  12/22/2020
White Papers
The Network for Whatever's Next; A CxO Guide
A Practical Guide to SASE Migration
Zero Trust Evaluation Guide
From MFA to Zero Trust
The 2020 Duo Security Trusted Access Report