As allies and competitors line up behind the new Cloud Foundry Foundation, where does that leave Red Hat and its support of OpenStack and Project Solum?

There's a fight brewing over which form of open-source platform-as-a-service should command developer loyalties and serve as the basis for future cloud applications.

Should it be native to the main open-source cloud project, OpenStack, and work closely with OpenStack components?

Or is it good enough that it runs on top of OpenStack but has a broad mix of powerful backers to sponsor its development?

Red Hat was counting on the former and working to combine its OpenShift PaaS and a new OpenStack project, Solum, to form a powerful new PaaS platform. Red Hat is a leading contributor to OpenStack, and a set of Red Hat engineers jumped into Project Solum within hours of its announcement by Rackspace. The combination of OpenShift and Solum was an exciting prospect, wrote Red Hat's OpenShift guru Matt Hicks back on Oct. 24.

"While OpenStack is a fast moving space, we have a lot of experience with it and believe that there is tremendous potential to align our PaaS approach with this project," he wrote in that blog post. Red Hat would supply development tools and Linux container expertise; Solum would provide application deployment and lifecycle management. It seemed a perfect marriage. But that's not how it's working out.

Rackspace's principal architect, Adrian Otto, launched Project Solum and also posted a complimentary blog Oct. 24 on the Rackspace website. He said, "We feel very fortunate to be working with eBay, RedHat, Ubuntu/Canonical" and others in forming Project Solum.

That mutual admiration makes it difficult to explain why, after just four months of collaboration, Rackspace appears to have changed its mind and is now a sponsor of Cloud Foundry, the competing open-source PaaS. It's not just contributing code but ponying up big bucks to launch a Cloud Foundry Foundation and sit on its board of directors as a platinum sponsor. Red Hat's other erstwhile ally, Canonical, is sitting on the community advisory board of the new foundation, due to appear this summer, according to an announcement Feb 24.

Cloud Foundry is open-source PaaS, started by VMware and spun out with other VMware-owned open-source code into EMC and VMware's Pivotal Software subsidiary, headed by Paul Maritz. Maritz sensed Pivotal had a successful open-source project on its hands that already enjoyed broad backing and the activity of 750 developers. It would be more successful, he and others concluded, if it could be freed from what many viewed as VMware and Pivotal's dominance of the project.

"Cloud Foundry ... has evolved into the basis for a true open platform ecosystem," Maritz wrote in a Feb. 24 blog on the Pivotal site. PaaS is one of the primary forms of cloud computing, probably second to infrastructure-as-a-service (characterized by Amazon Web Services). With PaaS, developers get a broad set of tools and development assistance on the basic plumbing of an application, allowing them to produce end results faster. PaaS also looks to assist the time-consuming task of preparing a new application for deployment.

Both Cloud Foundry and OpenShift look to help developers produce applications and then give them several cloud-deployment options. Maritz's comments mirror an ongoing debate within the cloud community over how effective PaaS can be by itself. Isn't it really just a feature of good IaaS? His answer was no, it's important on its own, and Cloud Foundry will prove it. 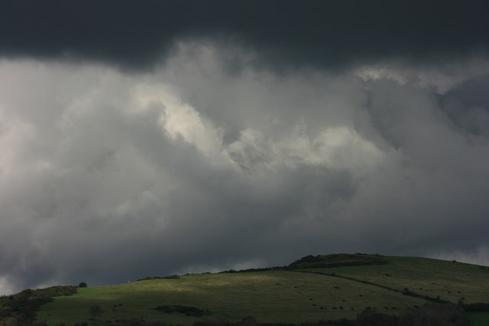 To a still-unknown extent, that's newly hatched competition and potential bad news to Red Hat, which was counting on the "native to OpenStack" Solum, combined with Red Hat Linux and Red Hat OpenShift.

Red Hat is a dominant player in its own right when it comes to the Linux operating system. Workloads that enterprises send into the cloud, when they run under Linux, are overwhelmingly running under Red Hat Enterprise Linux, thanks to Red Hat's extensive testing of the system. By linking OpenShift to OpenStack, Red Hat had a shot at capturing more developers and tying them more closely to its growing catalogue of Red Hat middleware and virtualization software.

Key industry players don't want to go along with it on that path. IBM and HP are backers of OpenStack, but they're also platinum sponsors of the Cloud Foundry Foundation, along with SAP, EMC, VMware, and Rackspace. Platinum sponsors commit to support the foundation with paid developers and financing. (In the case of OpenStack, platinum sponsors pay $500,000 a year and get a guaranteed board seat.) CenturyLink and ActiveState will also join the new foundation as gold sponsors. They will contribute a lesser amount and nominate a candidate for the board, with a limited number of seats drawn from all gold sponsors.

Red Hat could only have watched in dismay as Pivotal's moves shifted the terms of discussion over open-source PaaS. Not only were some of the early and savvy backers of the Apache Web Server and Linux, such as IBM, lining

Is PaaS just a feature of infrastructure as a service? Reuven Cohen made that argument convincingly here: http://www.informationweek.com/cloud/platform-as-a-service/cloud-crossroads-which-way-paas/d/d-id/1114123?

Or is it the other way around. The best way to access cloud infrastructure is through a PaaS. For the enterprise, I think it's this prospect that has long term appeal, though I don't know that all enterprise IT shops think this way. It takes a DevOps mindset and that's still a suspect proposition in some cases. Despite disadvantages at the moment, Red Hat is in a position to deliver on OpenShift as a way to build RHEL applications in the cloud and deliver RHEL applications to the cloud. Will it still strive to do so through an OpenStack project, with its former compatriots defecting to Cloud Foundry? I don't know. I'm thinking Krishnan Subramanian may offer part of the answer in another contributed IW column soon.
Reply  |  Post Message  |  Messages List  |  Start a Board

Mark Thiele of InterNAP SuperNAP data center builder, (just renamed from Switch), makes an excellent point. There is a bigger issue here. There's no such thing as a cross-cloud PaaS platform, with one or two immature exceptions. Maybe this debate contributes to thinking about one, maybe it doesn't.
Reply  |  Post Message  |  Messages List  |  Start a Board

Brent at ActiveState, not sure why you played the Canadian card. Joshua McKenty is a pretty ranking member here in the Silicon Valley, as well as a Canadian. Do you mean he'll only pays up north of the border? That'll cost him. Isn't the Loonie still worth more than U.S. dollar?
Reply  |  Post Message  |  Messages List  |  Start a Board

I asked Lance Crosby, CEO of IBM SoftLayer, in an interview the day before this piece appeared why IBM would fund Cloud Foundry over OpenStack Solum/ Red Hat OpenShift. He said: "OpenStack to us is a little below that (PaaS) layer. It's a framework where you bring in the platform that you want, like Cloud Foundry. If it (OpenStack) gets muddy too early, it will be hard for it to be everything to everybody."
Reply  |  Post Message  |  Messages List  |  Start a Board

Ah, gee, Brent Smithurst, that's not much of an endorsement of Red Hat's OpenShift. I guess I'm going to have to accept Joshua's bet myself. Will I have to declare that $10 as income?
Reply  |  Post Message  |  Messages List  |  Start a Board

Piston's Joshua McKenty wants to bet $10 Red Hat will join the Cloud Foundry project by the end of 2014. Anyone want to take that bet? I think it's $10 that he could lose.
Reply  |  Post Message  |  Messages List  |  Start a Board
InformationWeek Is Getting an Upgrade!