Just past its first birthday, the Cloud Foundry Foundation counts up its certified host providers as it aims to become the "Linux of PaaS."

At one time, VMware, the early sponsor of the Cloud Foundry Project, hoped that the tools-rich platform might attract users to the VMware data center environment and public cloud. But Cloud Foundry succeeded beyond those hopes, gained cross-company support, and a year ago launched its own, independent foundation.

Now it's the PaaS that's been drafted to serve developers in many different clouds.

It's available, of course, on Amazon Web Services and VMware AirWatch. Adopters may run it on-premises and produce applications for either of those cloud destinations, or they may consider these additional options: Cloud Foundry is the development platform beneath CenturyLink's AppFog; HP Enterprise's Helion Cloud Foundry; and IBM's Bluemix PaaS, available through the IBM SoftLayer Cloud.

In addition, it's available through SAP HANA Cloud Platform and the Swisscom Application Cloud. It's also available, of course, as a service of VMware spin-off Pivotal Software, in the form of Pivotal Cloud Foundry.

All of these cloud providers are early enlistees in Cloud Foundry's certification process. The certification they all possess means that an application developed on one will run without changes in the Cloud Foundry environment of another.

In addition to the "horizontal" public cloud infrastructure providers, Sam Ramji, CEO of the Cloud Foundry Foundation, pointed to the platform's vertical industry users, as well. GE's Predix analytics cloud service is based on Cloud Foundry, he noted. The Huawei FusionStage services in China are primarily aimed at serving as a platform for telecommunications carriers, Ramji said.

Another practitioner of vertical industry development is the investment bank BNY Mellon, which has launched the Nexen platform for internal developer use based on Cloud Foundry. BNY Mellon is one of several financial service members of the Cloud Foundry Foundation. Others include JP Morgan Chase & Co., Capital One, RBC, and Citi. Each is paying $100,000 in dues to be a member with a vote on governance.

When a group of players gets together in an industry and adopts Cloud Foundry as a shared platform, that cuts all their costs to build next-generation applications, Ramji said in an interview. "We're trying to cause that -- encourage a collectively owned platform for your industry." 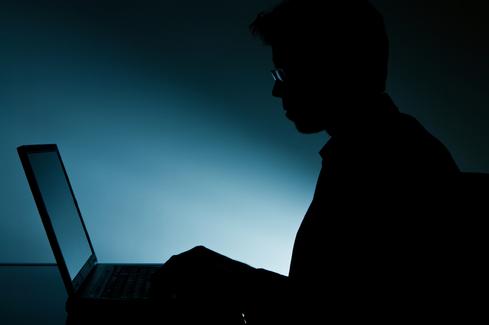 The Cloud Foundry Foundation has formed a financial services special interest group, with six of its members making up its core. But non-members may attend its meetings, contribute code, and send delegates to monitor the group as a whole. Ramji estimates there are an additional 24 non-dues-paying members of the SIG, and that's OK with him.

"We were hoping a successful implementation of Cloud Foundry as a financial services platform would be mimicked by others. Each time the platform gets adopted by another group within an industry or by a different industry, it increases the chances that Cloud Foundry is going to become a dominant open source platform."

It has a foothold in healthcare as well as telecommunications and financial services. It's being used by Kaiser Permanente and Oregon Health Sciences University, in independent projects that may attract additional healthcare researchers and providers. The university is using a big data project to drive healthcare in the direction of more precision treatment based on the patient's genetic makeup. Among other things, it hopes to make cancer treatment more precise.

Cloud Foundry is also serving as a shared development platform for government and nonprofit work. The US General Services Administration has launched the 18F project on Cloud Foundry. The government of the UK has adopted it as a standard. It's in use by Korea's National Information Agency and China's Smart City Initiative.

"That's why we're excited about these special interest groups," said Ramji. The foundation doesn't want to see four financial services companies each take the platform and customize it for their own use. It wants the four to collectively own the platform and share some of their development tools on it. If hundreds of different companies from different industry groups come to rely on the platform, it may become another open source standard, like the Linux operating system.

There are other PaaS alternatives still out there, however, and more than one may end up in play, even as companies begin to consolidate their development efforts aimed at future cloud use. Red Hat's OpenShift has been a leader in container use, but Ramji says Cloud Foundry also supports Docker and RunC libraries designed for use with containers built under the Open Container Initiative. It should be possible to work with Linux, Windows, and RunC containers on Cloud Foundry. "We shouldn't be forcing any choices about container use" on the platform's users, he said.

"My sense is, over the next couple years, if this rate of adoption continues, instead of saying PaaS, you'll just say Cloud Foundry."

[Editor's note: This story has been updated to clarify Sam Ramji's statement regarding Huawei FusionStage services in China.]

Charles Babcock is an editor-at-large for InformationWeek and author of Management Strategies for the Cloud Revolution, a McGraw-Hill book. He is the former editor-in-chief of Digital News, former software editor of Computerworld and former technology editor of Interactive ... View Full Bio
We welcome your comments on this topic on our social media channels, or [contact us directly] with questions about the site.
Comment  |
Email This  |
Print  |
RSS
More Insights
Webcasts
Protecting Your Enterprise's Intellectual Property
Building the SOC of the Future: Next-Generation Security Operations
More Webcasts
White Papers
From MFA to Zero Trust
Universal Internet Connectivity: Reality or Myth?
More White Papers
Reports
Assessing Cybersecurity Risk in Todays Enterprises
2020 State of DevOps Report
More Reports

CenturyLink, offers its AppFog-based Cloud Foundry service and uses Cloud Foundry for its internal development as well, says Sr.VP Dave Shacochis. Oftentimes, it's offering the platform as a managed service so a company can push into its next generation apps without first needing to do a full Cloud Foundry setup, he sayid in an interview. CenturyLink keeps the servers running and the services performing.
Reply  |  Post Message  |  Messages List  |  Start a Board
Editors' Choice
Hot Topics