Cloud Foundry aims to become the cross-vendor platform for producing the next generation of applications with new cloud supplier certification.

Cloud Foundry, the open source project for application developers, says modern apps can be developed on its platform to run in multiple clouds. Furthermore, it will certify which cloud products and services are guaranteed to work with applications produced on Cloud Foundry.

Cloud Foundry Certified is a kind of a Good Housekeeping Seal of Approval that says: Develop on Cloud Foundry and your application will work with the following tools and cloud environments. One publication, the UK's The Register, even called it the "good cloud-keeping seal of approval."

The program is starting off with a list of seven cloud suppliers.

In effect, Cloud Foundry is seeking to become the cross-vendor platform for producing the next generation of applications. 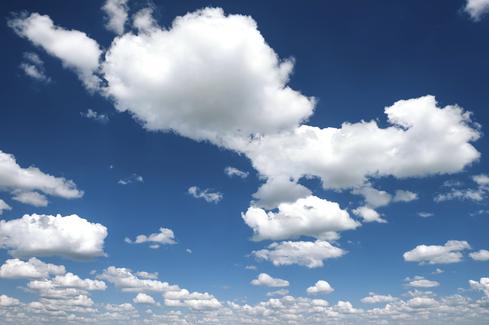 Cloud suppliers that sign up for Cloud Foundry's certification become candidate cloud environments for those applications. There are many other claimants to this crown, but Cloud Foundry's members and supporters represent an unusual combination of virtual machines, containers, development tools, and cloud management expertise. They include VMware, IBM, HP Enterprise, and Pivotal, the VMware spinoff that produces the only commercial version of Cloud Foundry open source code.

Cloud Foundry CEO Sam Ramji said in the Dec. 15 announcement that his organization was working to establish a level playing field in the cloud.

"In the first generation of cloud computing, companies sacrificed portability and choice for speed and cost-efficiency, tying them to a single provider such as Amazon or Google," Ramji said. Companies planning to use the cloud in the long term want a way to develop apps that can run on different clouds, he added.

But that's easier said than done.

Cloud Foundry now supplies such a platform, but Microsoft is another big player that has declined to sign up. Cloud Foundry lets developers use Visual Studio, C Sharp, and other .Net languages, but that doesn't necessarily help Microsoft Azure, which started out as a competing platform-as-a-service focused on Windows/.Net. In effect, Azure was a rival to a platform more focused on Java and open source languages. It has added support for Python and other open source code, but it remains a strong Windows/.Net offering.

"This is a big development for enterprises striving to remain relevant as software gobbles the world. Cloud Foundry Certification ensures that application code running in one Cloud Foundry service will run seamlessly in another," wrote Jared Ruckle, a CenturyLink blogger, on Dec. 16.

One backer of the certification move is BNY Mellon's CIO Suresh Kumar, who spoke to InformationWeek in October about the financial institution's Nexen cross-company platform. It plans to base development of hundreds of future app on the platform.

The bank is a founding member of the Cloud Foundry Foundation, formed in early 2014 as Cloud Foundry split away from its parent companies, Pivotal and VMware.

Cloud Foundry also has a reputation for providing good virtual machine and container tools geared to modern microservice applications. It automatically embraced VMware and open source hypervisors. Its Garden and Warden container technologies were designed to deal with different container formats and runtimes, moving it beyond the just-Docker approach prevalent in the early days of containers.

Kaiser is developing new healthcare applications "to provide high-quality, affordable healthcare. It is important we have a platform on which we can rely over time. ... We know we're going to need freedom to choose other suppliers in the future," he wrote. He didn't name Kaiser's current cloud service supplier, but Kaiser advertises programming jobs where Amazon experience is sought.

ActiveState's Stackato was a version of Cloud Foundry with a commercial front-end to make it easier to use. Stackato, launched by ActiveState in 2012, was acquired by HP in July and integrated into HP Helion, slated to be phased out as a public cloud service in January. Helion and Stackato remain available for use on-premises for building cloud applications.

Charles Babcock is an editor-at-large for InformationWeek and author of Management Strategies for the Cloud Revolution, a McGraw-Hill book. He is the former editor-in-chief of Digital News, former software editor of Computerworld and former technology editor of Interactive ... View Full Bio
We welcome your comments on this topic on our social media channels, or [contact us directly] with questions about the site.
Comment  |
Email This  |
Print  |
RSS
More Insights
Webcasts
Take DevOps to the Next Level
SASE: The Right Framework for Today's Distributed Enterprises
More Webcasts
White Papers
2020 SANS Enterprise Cloud Incident Response Survey
The Top 5 Mistakes Everyone is Making in Vulnerability Remediation
More White Papers
Reports
Intelligent Outcomes Are Key to Business Resilience
Protection Strategies for a Cyber-Resilient Organization
More Reports

Microsoft as a company was always stupid about open source, thanks to Steve Ballmer and a lesser extent, Bill Gates, before him. Now that it's under new management, it's old touch with developers may return and grow. It's already a powerful developer platform. Could it get stronger?
Reply  |  Post Message  |  Messages List  |  Start a Board
Editors' Choice
Hot Topics

Does Identity Hinder Hybrid-Cloud and Multi-Cloud Adoption? Joao-Pierre S. Ruth, Senior Writer,  4/1/2021
White Papers
2020 SANS Enterprise Cloud Incident Response Survey
The Top 5 Mistakes Everyone is Making in Vulnerability Remediation
Cloud Threats Are Different, Your Security Should Be Too
How to Optimize Your Windows 10 Defense Strategy
The Promise of XDR for Effective Threat Detection and Response