A new Magic Quadrant looks at platforms for the high-productivity building of applications, including mobile apps; Salesforce scores.

Gartner announced a new cloud-oriented Magic Quadrant on May 2, addressing the low code, high productivity development environments that are based on platform as a service.

Salesforce emerged as the clear leader in the new quadrant, and indeed was a pioneer in the field in 2008 with its original Force.com platform, now part of Salesforce App Cloud along with the acquisition, Heroku.

Low code environments are gaining favor with some IT departments as a way of giving technically literate staffers in lines of business a way to rough out their own applications. The platform does a lot of the underlying plumbing that ties the business logic to an existing CRM system, accounting system or HR system.

In the High Productivity Applications PaaS quadrant, Oracle is named as a trailing visionary, the sole occupant of the lower right Visionaries quadrant. The upper left Challengers quadrant includes ServiceNow and Kony.

The Salesforce App Cloud announced in 2015 dominates the high ground in the leaders quadrant. Well below Salesforce but still leaders were: OutSystems, with its corporate offices in Atlanta; and Mendix in Boston. OutSystems is a winner of the 2015 Codie Award for best PaaS and in 2016 as best mobile solution platform from the SIIA (Software Information and Industry Association).

Another market research firm, Forrester, named Mendix as a leader in mobile low code applications as well in its first report on the field on March 27.

There were an additional eight niche players, in effect ranked behind all of the above. They were: Appian, Caspio, QuickBase, Betty Blocks, Fujitsu, TrackVia, Zoho and Kintone.

Not included in the Magic Quadrant were such platform as a service offerings as open source Cloud Foundry, Red Hat Open Shift, Microsoft Azure, Google App Engine and Engine Yard because they are more general purpose technology development platforms. Low coding is associated with a declarative coding approach and model-driven design, leading to one-step deployments.

Gartner in this report was looking for is a PaaS offering that supports application development, deployment and execution in the cloud. It includes infrastructure as a service and data management and user interface services. The report was written by Gartner analysts By analysts Paul Vincent, Van L. Baker, Yefim V. Natis, Kimihiko Iijima, Mark Driver and Rob Dunie.

Salesforce leads in part because App Cloud is well integrated with its Salesforce CRM applications, the leading SaaS suite in the field. The applications generate business-critical data that can be used in new services and mobile applications, which has lead to an appetite for the App Cloud platform.

Salesforce on the platform offers a modular, composable tools for mobile apps, Lightning. It offers AI libraries, Einstein, for use of artificial intelligence against large amounts of customer data. It has SalesforceDX for DevOps in the Salesforce environment. It includes API management, including API introspection and the Open Data Protocol. Prior to acquisition, Heroku was a respected  independent platform with open source tools and it's also part of App Cloud. 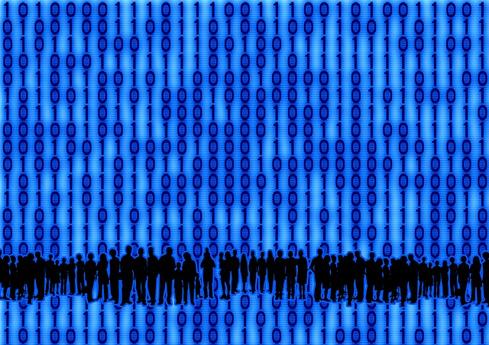 Each year Salesforce stages the Trailhead and TrailheadDX events to train developers in its environment, and it puts the total number of App Cloud developers at three million. The training makes App Cloud a more predictable environment for Salesforce customers and ISVs to work with.

Reference customers are "strongly positive about the productivity, time to result and functionality of App Cloud," the Gartner authors concluded.
It took little time for Salesforce to spread the word of its ranking. It published a blog on May 1 by Adrian Kunzle, senior VP for product development, the day before the new Magic Quadrant was announced to the public. The report itself was published April 27, giving vendors a grace period to prepare their responses.

OutSystems is not nearly the established player that Salesforce is, yet it still made it into the Leader's quadrant. It was founded in Lisbon, Portugal, in 2001 and later moved its headquarters to Atlanta, Ga.

Users create a metadata model of their application which gets converted to Microsoft C# or Java code in the actual application. The application can be developed in a no-code visual environment, the Service Studio, and deployed on-premises or in AWS, Azure or private cloud.

According to reference customers who were surveyed, they view OutSystems' "ease of use" as a key strength, along with "functional depth and completeness." The combination isn't easy to achieve, the analysts noted. OutSystems accomplished this by coming up with a method to generate code off the developers' metadata models.

OutSystems is giving its platform a DevOps spin by also focusing on "strong support for the broader software change-management process." But there is a drawback. If a customer stops using the OutSystems platform to generate standard C# or Java, they will be tempted to modify already generated OutSystems code and that will break the synchronization between the code and its Outsystems metadata model. This wouldn't be a problem unless the user wished to return to the OutSystems environment.

Gartner reported a third of surveyed customers described the pricing on OutSystems to its value as "fair or worse."

Mendix was founded in the Netherlands in 2005 and moved its headquarters to Boston in 2008. It bills itself as a pure-play PaaS company and a digital transformation company. It offers the Mendix Modeler, a model-driven visual development environment. Unlike OutSystems, which generates source code, the Mendix Modeler produces code that is interpreted at runtime.

Mendix has added support for Cloud Foundry and Docker container architecture, making it deployable to AWS, Microsoft Azure, and the IBM Bluemix cloud based on Cloud Foundry. With other cloud providers looking at it as a potential partner, Mendix stands to become a multi-cloud and hybrid cloud development platform. Revenues grew 75% at the privately held company in 2016.

The Mendix Modeler is a no-code modeling tool that can support data-intensive and process-oriented applications. Its runtime environment is capable of being event-driven and can support IoT and high volume transaction applications processing, including apps with hundreds of thousands of concurrent transactions. When deployed on AWS, its self-service controls allow the user to configure high-availability systems there.

The Mendix App Store has hundreds of prebuilt components available for applications. Reference customers give it high marks for ease of use, availability in the cloud and speed of producing code. The analysts cautioned that Mendix does not support the popular C# language for server-side extensions. It supports only the JavaScript SDK on the client side, which tends to slow adoption by IT shops that heavily based on Microsoft.

Mendix is growing revenues fast but is not yet profitable and its assets make it a likely acquisition target, the analysts noted. An acquirer might maintain Mendix technologies just as it finds them. Or it might press them into service in support of its own technologies.