HP's Helion Development Platform is based on Stackato, one of the few commercially supported versions of Cloud Foundry.

HP will acquire Stackato, an early, commercially supported version of the Cloud Foundry developer platform with its own user interface, for an undisclosed price.

Stackato, which was founded by ActiveState, underpins HP's Helion Development Platform -- HP's public cloud version of platform-as-a-service launched last October. Although neither HP nor ActiveState advertised that fact, HP selected Stackato because it included a user interface designed around ease of use, while Cloud Foundry (the open source project) offered only a command line interface.

"As we have worked with customers, the feedback has been very clear: maximizing developer productivity is key," wrote HP's senior vice president of cloud and service management Bill Hilf in a blog post Tuesday, July 28, announcing the move.

The acquisition is expected to close in the fourth quarter and "reinforces HP's focus on driving Cloud Foundry as the open standard cloud native application platform," Hilf said in an HP media statement.

Earlier this year, IDC analyst for software development Al Hilwa told InformationWeek, "ActiveState's Stackato is one of the most mature implementations of Cloud Foundry on the market today. Note that HP uses ActiveState's implementation inside its Helion PaaS." 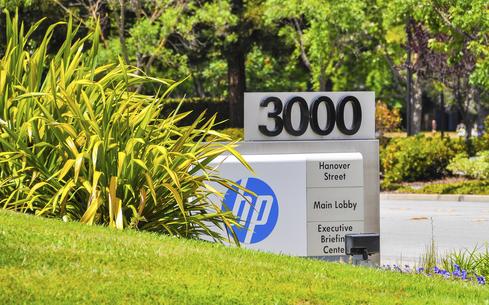 Stackato is available as PaaS or for on-premises installation. ActiveState added support for Docker containers last year, rather than waiting for the Cloud Foundry project to do so.

Docker support, ease of use, and a widely recognized open source platform were all critical elements in HP's ability to address the market of enterprise cloud users. It offered HP a way to quickly appeal to developers and enlist them in its Helion public cloud as an adjunct or hybrid operation to what they were already doing on premises.

In an April interview with the New York Times, Hilf got tangled up in explaining why HP was trying to compete head-to-head with Amazon. The move to acquire the Stackato business clarifies how HP will keep its hand in PaaS and continue to support Cloud Foundry with a technology platform that it now controls.

"Since launching the HP Helion Development Platform, we have seen increased interest and feedback from customers who want to do more with hybrid cloud," Hilf wrote.

The Stackato acquisition makes HP one of the few cloud providers with a commercial stake in Cloud Foundry. Though widely recognized, there are few commercial products based on the open source code, other than Pivotal Cloud Foundry. The Cloud Foundry project originated inside VMware. VMware and parent company EMC Corp. spun Cloud Foundry out into their Pivotal Software unit in April 2013, along with other open source software, including Greenplum, Spring, Pivotal Labs, and GemFire.

Charles Babcock is an editor-at-large for InformationWeek and author of Management Strategies for the Cloud Revolution, a McGraw-Hill book. He is the former editor-in-chief of Digital News, former software editor of Computerworld and former technology editor of Interactive ... View Full Bio
We welcome your comments on this topic on our social media channels, or [contact us directly] with questions about the site.
Comment  |
Email This  |
Print  |
RSS
More Insights
Webcasts
How Elite Analyst Teams are Transforming Security with Cyber Reconnaissance
Making Cybersecurity Work in Small and Medium-Sized Businesses
More Webcasts
White Papers
How to Prioritize Risk Across the Cyberattack Surface
From MFA to Zero Trust
More White Papers
Reports
Special Report: Understanding Your Cyber Attackers
2020 State of Cybersecurity Operations and Incident Response
More Reports

"The Stackato acquisition makes HP one of the few cloud providers with a commercial stake in Cloud Foundry".

There are people employed as developers that actually choke on a CLI?  Wow. Really scraping the bottom of the barrel for talent if that is accurate.
Reply  |  Post Message  |  Messages List  |  Start a Board

@Charlie: It make sense in this case, but can we safely assume it to be a norm across the board? In other words, can there be no company which can only offer a platform to only run the apps while the platform for managing the development on these can be offered by some other company with specializes in this particular task?
Reply  |  Post Message  |  Messages List  |  Start a Board