Hewlett-Packard Enterprise is getting set to unveil what is certainly a cornerstone of its hybrid cloud computing strategy for the future, a new end-to-end infrastructure platform called Synergy, designed to be flexible and reusable, and to serve enterprise cloud needs for a mix of public and private cloud.

This week, at its new headquarters building in Palo Alto, Calif., HPE provided analysts and editors a preview of the platform, along with a look at some new and updated tools and products across its portfolio. 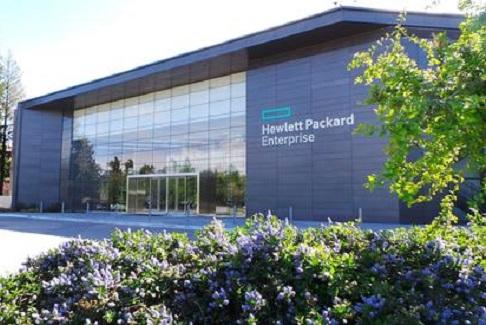 The HPE Synergy platform is the realization of HPE's promise of "composable infrastructure," according to Ric Lewis, senior vice president and general manager of the Converged Data Center Infrastructure Business at HPE. HP first introduced the concept of composable infrastructure and project Synergy last summer. In December 2015 executives provided more detail about this idea of "infrastructure-as-code" at the company's Discover user conference in London.

Synergy lets enterprises create their own internal cloud infrastructure that behaves the way that the infrastructure of public clouds does. Instead of specialized servers and applications, the infrastructure is designed to handle any type of application and workload as needed. Once those applications or workloads are no longer needed, the computing resources are returned to the pool and can be repurposed for the next thing.

"We view the evolution of infrastructure in this way," Lewis told analysts and editors at the event this week. "We are delivering your on-premises software as code."

Lewis said that HPE designed and created Synergy from the ground up -- from scratch -- to be this type of platform. That's a different approach than the company has used with its hyper converged infrastructure products, which are assembled from components that the company has already built.

Synergy's delivery mode for applications and services lets enterprises take full advantage of the cost savings and lower IT management requirements provided by as-a-service implementations, Lewis said. According to Lewis, enterprises can reduce costs by 20% to 30% by moving to private cloud because much of the work is then automated and no longer requires as much manual intervention.

That means that the system can tell the administrator when more storage is needed. The administrator can then plug in a new drive and the system will automatically configure that drive without any other intervention. Simplified system management and provisioning enables a single user to provision a workload in just a few minutes, according to HPE, which means that there is no underutilized capacity.

Antonio Neri, executive vice president of the enterprise group at HPE told analysts and editors that the Synergy platform can be offered in either a capex or an opex-like consumption model to enterprise customers. HPE said that it can put together an opex-like pricing model, similar to that offered by Amazon Web Services, by helping customers leverage HPE financing.

HPE is positioning the server for small to mid-size enterprises and calling it a "VM vending machine." Lewis said the platform offers a two-node configuration and scales linearly from there, making it a cost-effective entry-level server that can grow with the enterprise. It includes the new HPE OneView user experience, which the company said makes managing and monitoring the system very easy. It is meant to help organizations get a handle on virtual machine sprawl.

Jessica Davis is a Senior Editor at InformationWeek. She covers enterprise IT leadership, careers, artificial intelligence, data and analytics, and enterprise software. She has spent a career covering the intersection of business and technology. Follow her on twitter: ... View Full Bio
We welcome your comments on this topic on our social media channels, or [contact us directly] with questions about the site.
Comment  |
Email This  |
Print  |
RSS
More Insights
Webcasts
Zero Trust for a Work-From Home World
People Are The Most Important Part of Autonomous SOC
More Webcasts
White Papers
Why Add Security to Your Skill Set and How to Do It
Understanding Credential Abuse Attacks: A Real-World Example
More White Papers
Reports
The State of Threat Detection and Response
How Data Breaches Affect the Enterprise (2020)
More Reports