50%
Tweet
This week, IBM added a seventh "garage" for developers. Big Blue is opening a BlueMix Garage in New York City that will focus on financial services, including the use of blockchain technology.

8 Smart Ways To Use Prescriptive Analytics
(Click image for larger view and slideshow.)

In the digital economy, blockchain transactions are believed likely to replace many existing electronic transactions and provide a hard–to-crack record of the event that is captured in multiple locations.

Anticipating a new generation of blockchain-based financial systems, IBM is opening a Bluemix Garage in New York City in hopes of attracting future blockchain developers to its Bluemix cloud.

Blockchain was the innovation captured in the implementation of Bitcoin, where the execution of an electronic transaction also became its accounting record. As one transaction follows another, a chain of such records is built up on multiple computers that can be reconstructed by different participants in the chain. The process provides a distributed general ledger that's and hard to tamper with from the outside. 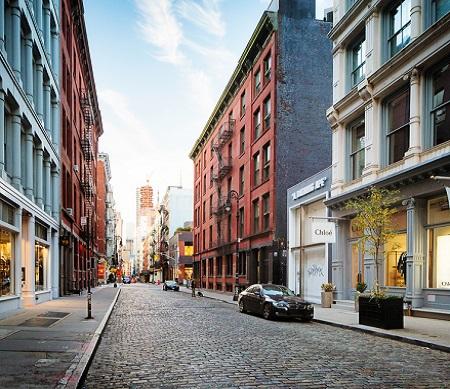 A whitepaper produced by the IBM Institute for Business Value cites the benefits that blockchain systems will bring to their users, including improving the security and integrity of transactions while reducing the friction involved in completing them. The paper goes so far as to say that in the future, blockchain transactions will allow organizations to reorganize into institutions capable of more fluid changes and exchanges with other organizations:

Blockchain technology has the potential to obviate intractable inhibitors across industries. As frictions fall, a new science of organization emerges, and the way we structure industries and enterprises will take novel shape.

An implementer of blockchain could produce new mobile banking and wealth management applications.

Mizuho Financial Group in Tokyo recently announced a pilot project to test blockchain as a means of virtual currency settlements. The pilot came out of the IBM garage in Tokyo. It's exploring how payments in different currencies can be quickly settled, potentially leading to the launch of new financial services, according to IBM's June 28 announcement.

The Mizuho project makes use of Hyperledger open source code. Hyperledger is a blockchain-supporting project hosted by the Linux Foundation. Blockchain is now also the topic of developer conferences, such as the Fintech conference in Washington, D.C., on Aug. 2.

The Bluemix Garage will be established at 315 Hudson St. in SoHo at a campus run by Galvanize, a technology education service.

The area is already the home of many of the city's technology startups. Galvanize advertises that its courses will turn out a data scientist or financial technology expert in 12 months of full-time coursework. IBM opened a Bluemix Garage in San Francisco last year at a building occupied by Galvanize. Big Blue has also added Bluemix garages in Toronto, Tokyo, London, Nice, and Singapore.

Company spokesmen have said in the past they plan to open one in Melbourne, Australia, as well.

The garage will also include access to consultants with expertise in IBM Design Thinking, IBM's methodology for moving from creative idea through iterative product design and into production.

The garage is also a place where developers can test drive the Bluemix cloud. They have access to tools, open source code, and IBM software. IBM would be happy to see more developer activity on Bluemix at a location close to its Watson AI system headquarters in New York.

It's also been a partner with the city in encouraging startups to use the city's Digital NYC platform, where infant companies can get connection services and a chance to collaborate with 8,000 other startups already using it.

At its New York garage, IBM wants "to advance the science of blockchain, helping to remove complexity and make it more accessible and open. Financial services, supply chains, IoT, risk management, digital rights management and healthcare are some of the areas that are poised for dramatic change using blockchain," according to this week's announcement.

Charles Babcock is an editor-at-large for InformationWeek and author of Management Strategies for the Cloud Revolution, a McGraw-Hill book. He is the former editor-in-chief of Digital News, former software editor of Computerworld and former technology editor of Interactive ... View Full Bio
We welcome your comments on this topic on our social media channels, or [contact us directly] with questions about the site.
Comment  |
Email This  |
Print  |
RSS
More Insights
Webcasts
How Secure is Your Azure Cloud Security Environment?
Don't Miss this Dark Reading Virtual Event on Critical Data Breaches
More Webcasts
White Papers
3 Reasons Why Your Remote Workforce is Vulnerable
Global Application and Network Security Report
More White Papers
Reports
State of Endpoint Security: How Enterprises Are Managing Endpoint Security Threats
Making the Financial Case for Outsourcing Endpoint Protection
More Reports

With future blockchain systems, participants in a transaction won't need to know a great deal about each other, or at least that's the hoped for prospect. "Blockchain networks will vaporize current frictions in the economy that are inhibiting business growth, propelling the movement of capital and exchange of value," according to an IBM study.
Reply  |  Post Message  |  Messages List  |  Start a Board
Editors' Choice
Hot Topics