IBM said at its Interconnect conference its new services will allow easier shifting between the enterprise data center and public cloud.

IBM sees opportunity in helping IT shift workloads between a company's own data center and public cloud environments. For the foreseeable future, half of IBM's cloud developers will be assigned to generating hybrid services oriented toward data management, IBM said Monday.

IBM thinks "data sprawl" across different computing environments is one of IT managers' biggest problems in using the public cloud. IBM's new hybrid services based on public standards "will break down the barriers between clouds and on-premises IT systems," said IBM Senior VP Robert LeBlanc on Monday.

IBM made its hybrid services announcement at its Interconnect show for cloud customers, which runs this week in Las Vegas. IBM didn't say when the services will be generally available, but execs made frequent references to "this year."

The new services will be based on IBM's SoftLayer public cloud infrastructure-as-a-service offerings, and its BlueMix platform-as-a-service products. For example, IBM promises what it calls Enterprise Containers -- Linux containers based on the Docker API that will give enterprise applications a degree of portability, security, and control that they have lacked, LeBlanc said. 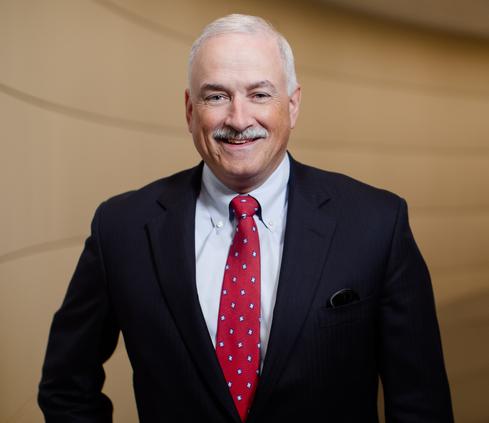 Enterprise Containers are designed to let IBM customers develop a new application in a public cloud data center such as IBM Softlayer's, and then bring it into a company's on-premises data center in the container format. IT teams might want this approach for an app that they need to build quickly (and thus want to quickly spin up public cloud infrastructure for its development), but that they then want to run inside the enterprise firewall for reasons such as data control. In some cases, customers feel they need to keep data on-premises to meet regulatory compliance. Data sovereignty can be an issue if customers are located in European countries.

[Want to learn more about why IBM would standardize on Docker containers? See Google: Docker Does Containers Right.]

IBM has been quick to recognize developer interest in the value of Linux containers, which offer a different approach to achieving application portability between environments. It showed support for containers by being among the first companies to jump into the Kubernetes open source code project for Linux container management when Google launched it last July.

IBM will also sell software to let customers build a private cloud on premises that matches its BlueMix platform-as-a-service. The software dubbed BlueMix Local will let a development team locally invoke the same APIs that they use when accessing BlueMix public cloud services. BlueMix Local will be a subset of the tools and application middleware services available on BlueMix PaaS. IBM also says that sometime this year it will deliver IBM DataWorks, which is an online service for analyzing data. DataWorks is meant to help separate out segments of data needed for analysis.

Bluemix and Bluemix Local are somewhat analogous to the move that Amazon Web Services made when it tolerated and then later partnered with the creator of look-alike open source APIs of its EC2 cloud. Eucalyptus Systems became a third party source of software that could be used to establish an on-premises private cloud that shared APIs with the Amazon public cloud.

In addition, IBM will seek to improve developer productivity through new services. One such service will be API Harmony, which will use search to match what a developer is trying to do with existing APIs in use by the enterprise. The Bluemix Watson Zone will be available to help developers search for APIs and other components, even on on-premises System Z mainframes. Cloud environments can speed development, said LeBlanc, but finding the right API for an application can be a hunt for "a needle in the haystack."

IBM officials told the Interconnect crowd Monday that it has opened five SoftLayer data centers in four months, including new locations in Sydney and Montreal. SoftLayer now occupies 40 distinct regions around the globe.

It also has signed a deal to work with India's Tech Mahindra to build a single-tenant version of Bluemix -- Bluemix Dedicated -- for use on IBM's cloud infrastructure. BlueMix Dedicated might be used by manufacturers who want the high-speed networking and other computing power of Softlayer infrastructure but want strict control over the data involved, Raju Wadalkar, CTO of Tech Mahindra, said.

Charles Babcock is an editor-at-large for InformationWeek and author of Management Strategies for the Cloud Revolution, a McGraw-Hill book. He is the former editor-in-chief of Digital News, former software editor of Computerworld and former technology editor of Interactive ... View Full Bio
We welcome your comments on this topic on our social media channels, or [contact us directly] with questions about the site.
Comment  |
Email This  |
Print  |
RSS
More Insights
Webcasts
Building Asset Management into Your Enterprise Security Strategy
SASE: The Right Framework for Today's Distributed Enterprises
More Webcasts
White Papers
From MFA to Zero Trust
Identify Threats 82% Faster: The Value of Threat Intelligence with DomainTools
More White Papers
Reports
Assessing Cybersecurity Risk in Todays Enterprises
How Data Breaches Affect the Enterprise (2020)
More Reports

No, I don't think you're wrong, Doug. IBM isn't going to try to compete with Amazon Web Services, and for that matter, Microsoft or Google, in the public cloud. Its customer base has a lot of legacy systems and has been slow to adopt public cloud computing. But IBM may become a skilled connection machine between legacy and cloud apps.
Reply  |  Post Message  |  Messages List  |  Start a Board

It's never been clear to me why there's any reason, other than paranoia, to choose costly "private cloud" (a.k.a. hosting) over public cloud. Have a Euro data requirement? Your cloud provider (including IBM) has data-center options in Europe. Have compliance requirements? I'm guessing cloud vendors can outdo most single companies on security provisions. IBM saying it's going after private-cloud opportunities seems to me like admitting it can't beat AWS in the public cloud. Am I wrong?
Reply  |  Post Message  |  Messages List  |  Start a Board

IBM and VMware are making the strongest bids to become the provider of hybrid cloud integration. It's never been clear to me how new applications in the cloud and legacy systems on premises will become a working whole. But they're working on it.
Reply  |  Post Message  |  Messages List  |  Start a Board
InformationWeek Is Getting an Upgrade!