Lessons in Efficiency from a No-Code Use Case: Project HOME - InformationWeek

0%
Tweet
A nonprofit for housing sees a 30% reduction in time spent on contract management, thanks to a no-code development platform.

Organizations continue to turn to no-code solutions when hefty investments in technology are not an option. Many enterprises and organizations want to pursue digital transformation and modernize their systems, but acting on those plans can be cost prohibitive. Robust, bespoke software has its place in the transformation equation; however, such options are not always feasible for some organizations. Using a no-code framework to create applications can be the answer when budget and technical staff are limited.

An example of how no-code meets such needs can be found with Project HOME (Housing, Opportunities, Medical, Education). This Philadelphia-based nonprofit program works to provide housing and other services to local homeless as well as low-income individuals. The organization saw its operations ramp up over the past 10 years, doubling its staff to more than 450 workers. Project HOME develops affordable housing, has completed more than 830 units and continues to see more housing built on an annual basis. That growth inevitably led to new complications the no-code platform from Agiloft would help abate.

Why not code from scratch?

Finding a way for the organization to become more efficient was not just about saving time. Patrick Farrell, Project HOME’s business and financial analyst, says streamlining and improving oversight of operations helped the organization pursue financial backing. “We get HUD funds through the city for our permanent housing and programs,” he says.

The pace of the organization’s growth led to some issues with contract management. Seeking a way to improve monitoring of grants and contracts compelled Project HOME to look to a software solution.

Farrell says the organization tried other options before turning to Agiloft. Project HOME has used the no-code platform for more than three years, he says, which helped streamline operations. “There was a tremendous need application-wise, so we moved a lot of things from local servers to the cloud,” Farrell says.

In addition to that migration to the cloud, the platform also centralized management of contracts, which had been spread among different groups within Project HOME. Initially the organization looked at local, server-oriented options but Farrell says a cloud platform seemed a better fit for how the organization functions. “We needed one application to put everything into one place,” he says. 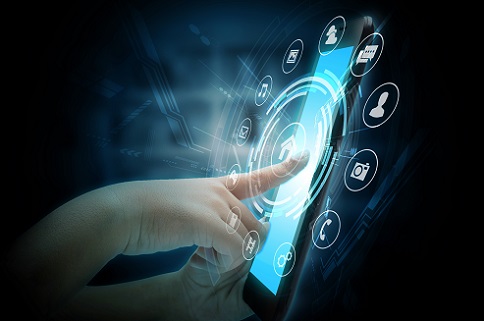 A growing roster of providers

Numerous providers such as Quick Base and Kony offer up no-code or low-code platforms meant to help organizations enact their digital transformation plans. Carlos Carvajal, chief marketing officer for Kony, says such services can solve challenges in the public and private sectors, which mutually want to modernize but may be limited on resources. “There is a huge shortage of application developers in general,” he says. Even if the team has a developer on staff, they still must have the right skills to fulfill transformation plans quickly. “Most organizations are under pressure to deliver apps faster,” he says.

For public sector entities, Carvajal says their end users typically communicate with the organizations online through Web portals or mobile devices. “That raises the stakes behind delivering a really simple and intuitive online experience,” he says. Internal workflows also need to be streamlined and made more efficient as part of digital transformation. “Those things all need support,” Carvajal says. “They also need ways to get built with very few resources.” Such factors drive demand for no-code and low-code, he says, among organizations that want to see greater productivity from their existing resources.

Agiloft CEO Colin Earl says no-code solutions such as his might not seem complex, but he believes it is versatile enough to meet many organization's needs. “The platform is deeply configurable," he says. Other users of the Agiloft platform include Chevron, for Sarbanes-Oxley compliance, and universities for service desk management. “The system we built was not an off-the-shelf solution with a few configuration tweaks,” Earl says. “It is something crafted to fit like a glove.”

It suited Project HOME as parts of its operation, particularly the medical side with its wellness center, grow rapidly. “It’s been a great revenue source for the organization,” Farrell says. This can include working with a multitude of agencies and rules that must be adhered to. He says contracts had been handled separately by different divisions of the organization, which fragmented operations and caused some confusion. “We were missing deadlines for items because they were buried inside contracts,” he says. “You couldn’t find contracts timely -- all of these things added up to needing the right application.”

Ease of use spurs adoption

Using a cloud-based contract management app through Agiloft came naturally, Farrell says. “I feel like we got more than we paid for. It has this open framework, which you could easily extend and build on rapidly.” Within two months, the platform was up and running. He compared Agiloft’s no-code framework to a CMS on steroids in terms of its ease of use. The organization saw a 30% reduction in time spent dealing with contracts. This let Project HOME get a better handle on its data, centralize information, and automate review workflows.

After becoming more familiar with the platform and application, Farrell says his organization created sub-applications to tackle other needs. “We created an insurance certificate application inside Agiloft,” he says. “We also created a claims application for various claims that are drawn in our daily course of business.”

Farrell sees long-term potential for Project HOME's use of the no-code platform. Part of the organization’s business is based on revenue contracts, which includes grant money, HUD funding, and other sources. In order to be more efficient in that regard, Project HOME is looking to add an Adobe Sign or DocuSign integration by the end of the calendar year, Farrell says. They are also considering getting a version of Agiloft that allows for the creation of an API to attach to other applications. “That would allow us to create a seamless interface between Agiloft and another budgeting application that we use,” he says.

Joao-Pierre S. Ruth has spent his career immersed in business and technology journalism first covering local industries in New Jersey, later as the New York editor for Xconomy delving into the city's tech startup community, and then as a freelancer for such outlets as ... View Full Bio
We welcome your comments on this topic on our social media channels, or [contact us directly] with questions about the site.
Comment  |
Email This  |
Print  |
RSS
More Insights
Webcasts
The Changing Face of Threat Intelligence
5 Ways to Jumpstart AI
More Webcasts
White Papers
Wi-Fi 6: The (Much) Bigger Story
Getting Cloud Management Right
More White Papers
Reports
The New Face of IT Automation
State of Cybersecurity Incident Response
More Reports