Database services are only growing in adoption, with many companies now preferring database-as-a-service to the more labor-intensive route of deploying and administering database instances on cloud infrastructure.

The parity-with-SQL Server story boils down to supporting larger database deployments and higher performance than previously possible on the Microsoft's cloud. Tests show the new version of Azure SQL, V12, delivers a 5X boost in query performance as compared to the previous version. The service also now offers in-memory columnstore technology -- introduced as In-Memory OLTP in SQL Server 2014 last year -- that offers up to a 100X boost in transactional performance, according to Microsoft.

"After running both a benchmark and some close-of-business workloads, which are required by our regulated banking customers, we saw significant performance gains, including a doubling of throughput for large blob operations, which are essential for our customer’s reporting needs," stated Azure SQL customer John Schlesinger in a Microsoft blog. Schlesinger is chief enterprise architect at Temenos, a banking services firm that previewed the new service.

The latest version of Azure SQL service went live in Europe this week. It will roll out in the US on Feb. 9 and will reach the rest of the world by March 1. Microsoft says general availability pricing will take effect on April 1. 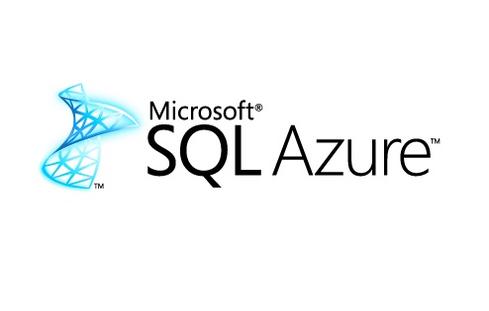 Dynamic Data Masking, which is "coming soon" according to Microsoft, will support policy-based masking of selected data fields, such as credit card or Social Security numbers, so non-privileged users won't see that data along with other information in a larger query. Transparent Data Encryption, which encrypts data at rest, not just in transit, is also coming to Azure SQL Database V12. The row-level, masking, and encryption features will be available with Basic, Standard, and Premium Azure SQL Database service tiers.

In a move aimed at better performance on cloud infrastructure, Microsoft has introduced Azure G-Series VMs, which it says are ideal for large SQL Server OLTP workloads. They're especially well-suited for SQL Server's In-memory OLTP feature, as the G-Series VMs offer up to 32 CPUs with 448 GB of available memory (6.59 TB on local SSD). In short, the VMs offer plenty of memory so you can make the most in-memory OLTP performance.

Microsoft has plenty of company in supporting SQL Server deployments in the cloud. Rackspace, for one, supports more than 10,000 compute instances running Microsoft SQL Server on its private and public clouds. This week Rackspace introduced support for Microsoft SQL Server 2014 In-Memory OLTP and AlwaysOn HA and DR capabilities.

I guess the counter perspective might be that an on-premises deployment still makes sense if you know you have fixed, high-capacity, high-demand workloads and a scale, diversity of apps, and regulatory world that demands on-premises data centers. It might also makes sense if have an investment in a data center that you don't want to walk away from. Amazon says its services cost less than what even large enterprises might be able to replicate on-premises, but I haven't seen exhaustive studies that consider all the costs of the many services you have to tap to run all there is within an enterprise. Given hybrid-deployment realities, I'm sure it's very hard to do an apples-to-apples, all-cloud vs. all-on-premises TCO comparison.
Reply  |  Post Message  |  Messages List  |  Start a Board

Renting a big server loaded with SSDs as well as RAM for a few hours in the cloud makes a lot more sense than buying such a server, purchasing a lifetime license for SQL Server and operating them on premises. By t he time you get the system set up, something bigger and better will be available at a comparable price in the cloud. Database systems are natural residents of the cloud.
Reply  |  Post Message  |  Messages List  |  Start a Board
Editors' Choice
Hot Topics