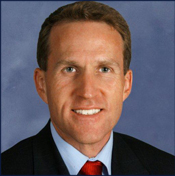 Satya Nadella came up through the ranks the hard way, with internal opposition. That's why he's the right man to change Microsoft.

The appointment of Satya Nadella as Microsoft CEO may have come as a surprise to many, but the appointment shouldn't for those who know the company best. Forrester has been an active Microsoft watcher and consultant since its founding. I've worked with the company's Server and Tools division for the last five years. I've met with Satya a couple times in the past year and had lengthy discussions with managers who have worked closely with him (some still at Microsoft, some not). Here's what I can tell you about him from what I've learned.

Satya came to Server and Tools from the online group, where he ran the Bing search engine team. During this time, he learned how online businesses differ from on-premises enterprise applications and the importance in that business of moving fast. He was brought to Server and Tools to teach that team this agile online model.

This move was a bit of an experiment, really, because his charter was to bring speed to a business not known for it. Frankly, it was unproven whether this approach could fit culturally with this division or work for this class of customer. The change meant getting not just Windows Azure to move at this speed (that was logical), but also getting the server OS, SQL Server database, and the rest of the teams in this enterprise software division off the linear waterfall development method. It also meant working to transition all the division's applications over to software-as-a-service and onto Windows Azure ASAP. 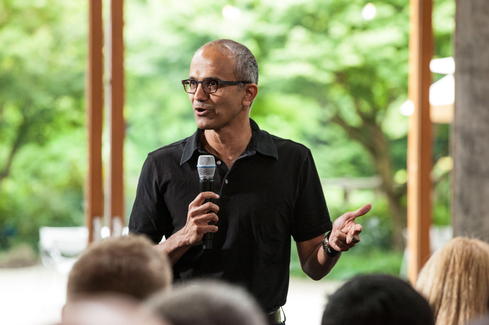 Nadella ran into serious cultural and political barriers, with many incumbent managers (most adamant within the SQL Server team) fighting this change very hard. He refused to back down or compromise on the shift to cloud, and a lot of the managers who refused to get on board aren't there anymore.

Nadella found a strong partner on the engineering side, Scott Guthrie (now his successor as president of Server and Tools), to help him convince the engineering ranks of the benefits of moving to the agile model. Guthrie is the rare executive who maintains his credibility within the engineering ranks. Not only can he set direction, manage a budget, and drive architectural vision, but he can also sit at your desk, review your code, and fix your bugs. That cred is key to how he won over a reluctant engineering group.

Nadella was also instrumental in restructuring the Microsoft's sales compensation model -- a step that was critical to moving the company and its customers over to a cloud-first strategy. He pushed for commission accelerators for Office 365 and Windows Azure sales, especially as add-ons to existing enterprise agreements.

Nadella is a tough, numbers-driven leader. But he's not a screamer like Ballmer -- more low key and thoughtful, but strong.

He still has a lot of work to do to get all of Microsoft to embrace agile schedules and perhaps a bigger battle to get its partners and its customers comfortable with subscriptions and the new pace of change. He can be a bit of a bull in a China shop on these issues, but I admire his approach. He's not willing to compromise on the priority of this change.

In my opinion his selection is a great thing for the overall direction of the company, because he is a visionary, has passion for change, is making it happen, and knows what it takes to drive change in the unique Microsoft culture. An outsider would have had a hard time coming in and driving this change. Time is of the essence for Microsoft to make this change.

James Staten is vice president and principal analyst serving infrastructure & operations professionals at Forrester Research. View Full Bio
We welcome your comments on this topic on our social media channels, or [contact us directly] with questions about the site.
Comment  |
Email This  |
Print  |
RSS
More Insights
Webcasts
Detecting and Preventing Insider Data Leaks
Hybrid Cloud: The Great Balancing Act
More Webcasts
White Papers
Why Add Security to Your Skill Set and How to Do It
451 Cloud Confidence Report
More White Papers
Reports
Building the SOC of the Future
Assessing Cybersecurity Risk in Todays Enterprises
More Reports

That's a better question for Liz Herbert or Paul Hammerman from Forrester who cover Dynamics AX more closely than I do. You can send this question to them at [email protected]

The VMware / Google agreement on Chromebooks today adds an interesting dimension to the MS rivalry with Google Apps.
Reply  |  Post Message  |  Messages List  |  Start a Board

I am sure there is not going to be any surrender to Google on anything.  Office 365 is cranking away and they are well on thier way to creaming Google in the Online Office suite, and actually making money at it.
Reply  |  Post Message  |  Messages List  |  Start a Board

James, any idea if he is pushing that SaaS direction on AX? Is he even getting involved in that business unit at all or letting them standalone? AX is really about as much MS as JD Edwards World software is Oracle.

I had read article in last couple of years that MS was considering pulling AX support inhouse versus leaving it to 3rd party firms to sell and support. Any insight on whether that was ever true or where they are headed with AX?
Reply  |  Post Message  |  Messages List  |  Start a Board

Scott Guthrie was named Feb. 4 to Nadella's former post as "acting lead" of the Cloud and Enterprise division. As an engineer's engineering manager, he may be instrumental not only in helping direct change at Microsoft but recruiting cloud talent already resident in Seattle. He's also a Seattle resident. See PCWorld http://www.pcworld.com/article/2094600/microsofts-scott-guthrie-takes-over-satya-nadellas-previous-role.html
Reply  |  Post Message  |  Messages List  |  Start a Board

Big kudos to Scott Guthrie and several others on the engineering side as well for this.

Well there's a lot of cloud talent in Seattle and there's been a lot of job swapping, I'll just put it that way.
Reply  |  Post Message  |  Messages List  |  Start a Board

Great peak inside the cultural change challenge. Nadella's going to face a lot harder calls than this. Does he make Office more app and web friendly, at the risk of enterprise sales, or does he cede that ground to Google Apps? Simple questions with hard answers like that are around every corner.
Reply  |  Post Message  |  Messages List  |  Start a Board

It's more amazing that he had to push so hard to get MS away from waterfall. Were these engineers living under rocks and paying zero attention to what was going on in their industry at large?
Reply  |  Post Message  |  Messages List  |  Start a Board

James, thanks for the candid post. Any thoughts on the quality of the cloud talent Nadella has on hand compared to his rivals' teams?
Reply  |  Post Message  |  Messages List  |  Start a Board
Page 1 / 2   >   >>
Editors' Choice
Hot Topics

11 Ways DevOps Is Evolving Lisa Morgan, Freelance Writer,  2/18/2021
White Papers
Why Add Security to Your Skill Set and How to Do It
How Secure Are Your Endpoints?
The Infoblox Q4 2020 Cyberthreat Intelligence Report
Accelerate Threat Resolutions with DNS
Sunburst: Impact and Timeline