Red Hat has brought its OpenShift development platform to a level where the company can offer a local version free to developers and claim that it's available for end-to-end container management in the enterprise.

That development was made clear as Paul Cormier, president of products and technologies, spoke at a June 28 press conference at the Red Hat Summit, which is running this week in San Francisco. Red Hat was one of Docker's earliest partners, and it returned to Docker's home town to deliver an update on Red Hat's container handling capabilities.

"Red Hat delivers more secure containers with its new scanning capability ... We're taking containers to the enterprise in a big way," he said.

In doing so, Red Hat is both adopting Docker container formatting as part of its approach, and competing with the Docker for rights to become the general-purpose data center manager of containers.

As part of the latter bid, Red Hat uses the Kubernetes container orchestration system over an alternative offered by Docker. 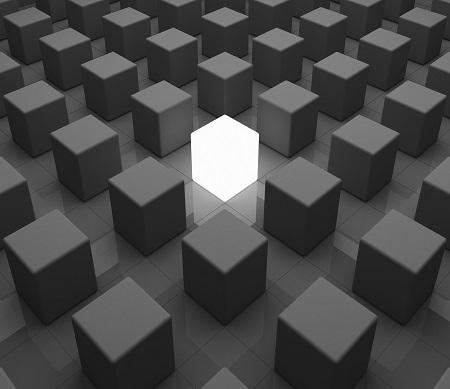 Red Hat has previously offered the Atomic Host version of its Red Hat Enterprise Linux, a lightweight stripped down version that can be used to run a container host. It added vulnerability scanning to Atomic Host, so that as containers are built with modules of software, their integrity is checked against the Black Duck knowledge base of vulnerabilities and with other outside services.

Both Docker and CoreOS have offered similar scanning services with their container building products. How is Red Hat's scanning better, Cormier was asked during a press conference at the Moscone Center. The answer is that Red Hat built a container-handling framework inside OpenShift that allows external services to be accessed and supply responses.

"Nobody else has such a comprehensive solution," Cormier claimed.

Part of that solution is also OpenStack, which gives an enterprise user the option of building a container-handling environment meant to function like a private cloud. But the main point undergirding Cormier was that the chain of container touching products were all based on or integrated with Red Hat Enterprise Linux.

"They're all different," said Cormier. "Pivotal is now in the Linux business. They use a different Linux, different tools, and different containers (from IBM and HPE)," he said. "If you're using Pivotal Cloud Foundry, that's fine, but understand that's the distribution that you're on." He labeled the Cloud Foundry versions as "Unix all over again."

Red Hat has upgraded its Gluster clustering software to work with its other container products and supply a container storage system that can work with a developer, testing team or in production.

With the Red Hat approach, customers may define a workload as a virtual machine, bare metal, data center cluster, private cloud or hybrid cloud operation in conjunction with Amazon Web Services or other public cloud, Cormier said. But whatever the approach, Red Hat Enterprise Linux will be present at each step of the process to simplify operations, he said.

Many Red Hat customers are also VMware or Microsoft Hyper-V virtual machine users versus Red Hat's own KVM virtual machine approach. As workloads move toward containers, Red Hat is positioning itself to be more squarely astride that trend and allow Red Hat products to function in an on-premises/off-premises hybrid operation.

Charles Babcock is an editor-at-large for InformationWeek and author of Management Strategies for the Cloud Revolution, a McGraw-Hill book. He is the former editor-in-chief of Digital News, former software editor of Computerworld and former technology editor of Interactive ... View Full Bio
We welcome your comments on this topic on our social media channels, or [contact us directly] with questions about the site.
Comment  |
Email This  |
Print  |
RSS
More Insights
Webcasts
Making XDR Work in Your Enterprise - May 12
How the Rapid Shift to Remote Work Impacted IT Complexity and Post-Pandemic Security Priorities
More Webcasts
White Papers
Are We Cyber-Resilient? The Key Question Every Organization Must Answer
Ransomware Defense for Dummies
More White Papers
Reports
The State of Cybersecurity Incident Response
Protection Strategies for a Cyber-Resilient Organization
More Reports

Red Hat starts out with the advantage of being the most frequently used Linux for production systems. Does that mean it's the best for container management as well? Much container use is pre-production -- in development and test.
Reply  |  Post Message  |  Messages List  |  Start a Board
InformationWeek Is Getting an Upgrade!