OpenShift PaaS takes an increasingly sophisticated approach to managing containers and virtual machines on-premises and in the cloud.

Red Hat has continued to enhance its OpenShift cloud development platform for both containers and cloud-native applications. In doing so, it remains a candidate to supply both the tools and technologies for the next generation of OpenStack and other cloud apps.

Red Hat was one of the earliest backers of Docker, recognizing Linux containers as a potential game-changer in 2013 and mobilizing support for it at its first Red Hat Summit held in San Francisco, Docker's home, in April 2014.

Red Hat made sweeping changes to OpenShift in Version 3.0, announced last June at its 2015 summit. They included the general availability of support for both Docker and Google's Kubernetes open source container orchestration tool. The addition of commercial Docker support kept OpenShift alive as a PaaS for building for both public and internal private cloud applications at a time when Cloud Foundry was gathering widespread support.

The OpenShift developers' platform was launched in November 2011 with the goal of becoming OpenStack's built-in development platform, but ran into increasing competition from Cloud Foundry's open source PaaS and other PaaS platforms, including: IBM Bluemix, Salesforce Heroku, Engine Yard, and ActiveState Stackato. HP bought Stackato in July to fill out its own PaaS offering.

[Red Hat is on the rise. See Red Hat To Be First $2 Billion Open Source Company .]

The 3.1 release of OpenShift, announced Monday, Nov. 9, and becoming generally available at the end of the month, continues what the 3.0 release last June started. "With the 3.1 release, we're taking more steps forward" toward micro-service-based applications, said Ashesh Badani, VP and general manager of OpenShift.

OpenShift 3.1 has additional self-service tools for configuration, automated build, and deployment, such as Jenkins CI. The additional tools move OpenShift in the direction of becoming a system for application life cycle management, from development through deployment in containers into production. Jenkins configuration and deployment management is added on top of Docker formatting and Kubernetes container orchestration, Badani said.

Through its integration with Red Hat CloudForms, OpenShift can now serve as an advanced management platform for containers and virtual machine workloads, which can be worked on by development teams and then deployed to the cloud environment of choice. 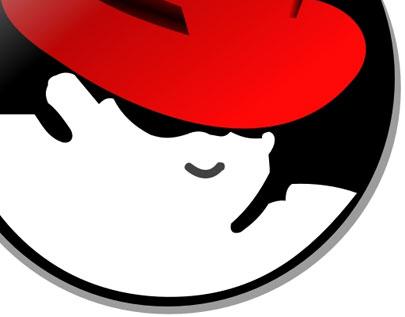 The user interface and Web console for OpenShift 3.1 has enhanced usability features, including application instrumentation visualization and feedback on data captured in server log files.

In addition to v.3.1 of OpenShift, Red Hat announced the public preview of its Atomic Enterprise Platform for both running and managing Linux containers. Atomic Host is Red Hat's stripped down Linux for running many containers on a single server. The platform taking shape around Atomic Host is meant to orchestrate launching containers and managing their life cycles after launch.

A key point about the Atomic Host Platform is that it can run both stateless applications in containers, the common condition for Docker packaging, and stateful applications, which heretofore have been awkward or hard to do. Stateful applications are needed for database updates and other transaction-oriented uses.

The Atomic Host Platform also supports multi-host networking for containers through the Open vSwitch implementation, so that storage volumes may reconnect with a container if it moves to a different host, a common maneuver in load balancing in an enterprise data center. Plugins are available for Red Hat Ceph Storage, Red Hat Gluster Storage, and several yet-to-be named third parties.

The Kubernetes orchestration engine also works on the Atomic Host Platform, Badani said. The platform will be available in public preview at the end of November.

Charles Babcock is an editor-at-large for InformationWeek and author of Management Strategies for the Cloud Revolution, a McGraw-Hill book. He is the former editor-in-chief of Digital News, former software editor of Computerworld and former technology editor of Interactive ... View Full Bio
We welcome your comments on this topic on our social media channels, or [contact us directly] with questions about the site.
Comment  |
Email This  |
Print  |
RSS
More Insights
Webcasts
The Failures of Static DLP and How to Protect Against Tomorrow's Email Breaches
Building the SOC of the Future: Next-Generation Security Operations
More Webcasts
White Papers
A Technical Deep Dive on Software Exploits
Five Reasons to Protect your VPN with Multi-Factor Authentication
More White Papers
Reports
The State of Threat Detection and Response
Email Security Threat Report 2020
More Reports